I'm struggling to do a simple edit on a photo in the standard Photos app on the new iOS8.

Basically, I can select a crop area, but the resulting saved photo doesn't match the area that I chose. Here is a walk through example using screenshots of the steps I took:

First, a photo I just took as seen in the Photos app : 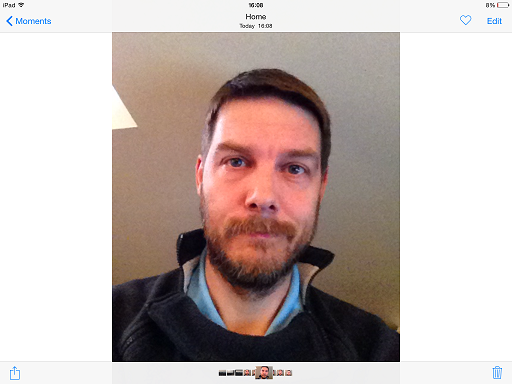 Now, I have clicked the Edit button from the previous photo, and applied a crop mask to trim the photo to the selected area. I've centred this on my nose : 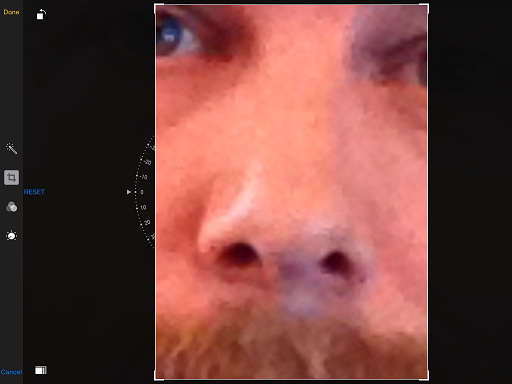 I click Done in the previous picture, and the resulting saved image doesn't match what I just did, and is now centred on my left eye : 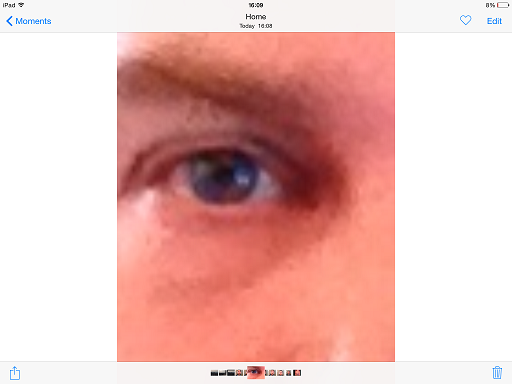 Any clues? I note it only seems to happen on photos taken with the front facing camera, worked fine on a portion of screen shot, and also on a rear facing photo…

Can anyone reproduce? (If so, can you state what you used, e.g. the same iPad 3, or Mini or whatever)

I can't reproduce that behavior. All kidding aside about handsomeness - I'm getting the expected crop on all "selfie" camera shots.

I've tested on the original iPhone mini and iPhone 5 with iOS 8 so far.

It's almost like a retina bug where it's counting pixels instead of points. Perhaps it's a 2x error that needs to be reported to Apple if you can reproduce it on another device that's the same hardware as yours.