My iPhone 5s has always had less good battery life than my previous iPhone (4S), but I'd always assumed that it was due to the increased speed of the CPU/GPU and the increased screen size. It also sometimes seems warm in my pocket (not hot – but warmer than I would expect it to be in the ambient temperature.)

This article: http://www.overthought.org/blog/2014/the-ultimate-guide-to-solving-ios-battery-drain
Has been very popular in the last week, and I read it. Something I had never done before was to check the usage stats. See also the second from last paragraph here: https://www.apple.com/uk/batteries/iphone.html

It appears that my phone never sleeps. The standby (usage+standby) figure is always the same as the usage figure. I assume that this is not normal.

The other day it ran down from full charge to almost empty in 7 hours. As you can see from this screenshot: Is that normal battery life? 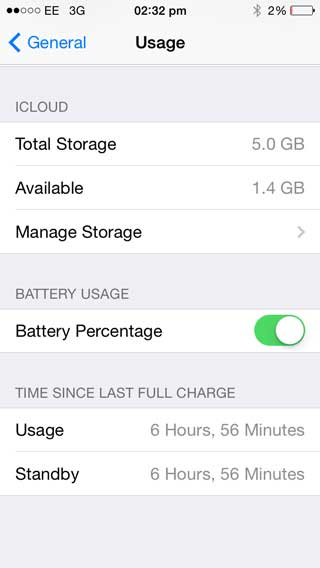 Yesterday I ran Activity Monitor in Instruments on the phone when it was connected to my Mac – nothing seemed to be taking-up ridiculous CPU time, but I did notice that a process named mediaserverd was always at the top of the CPU chart – and always consuming 6% of CPU. I assume that it was designed to be permanently running, but I doubt that it's meant to be that power hungry.

Please could someone else with a 5S run Activity Monitor in Instruments on their phone and let me know if the process is just as hungry on their phone.

It looks like a bug in mediaserverd. Upon rebooting the phone the process returns to sane CPU use. I have filed a Radar.