What would happen if somebody bought this memory and installed it in a 2011 MacBook Pro?

Would the memory run at 1333 speed (and if so, could this cause issues)? Or would the machine slow down to accommodate the slower RAM?

Edit: The memory is Corsair CMSA8GX3M2A1066C7. A picture of the packaging is below.

Is it really true that Corsair is recommending memory of the wrong speed? 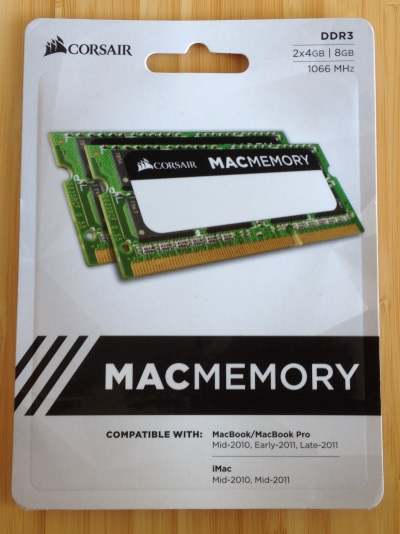 What will happen? Either one of the following:

I personally don't use slower memory than what is recommended, but I have upgraded machines that had slower memory and those were working just fine when I did. However, it's a pretty good bet that if Corsair says it's compatible, it will work.

If the memory isn't compatible, you aren't going to harm anything. Your computer won't boot and will more than likely give you a series of tones indicating your memory is bad.