In various Mexican and Tex-Mex restaurants in the US, all of the dishes seem to be made from a limited selection of ingredients. Although potatoes originated America, I never see potatoes in any of the dishes.

Potatoes are very popular in some parts of Mexico. When I lived in Guadalajara, potato tacos were common, usually deep-fried. Diced (and possibly pre-cooked) potatoes with some seasoning added to a soft taco shell, then the entire thing fried together until crispy. After frying, such tacos (whether with potatoes or other filling) were cracked open to add lettuce or salsa or whatever other toppings/fillings might be desired, or salsa might be poured over the top, and eaten with a fork. 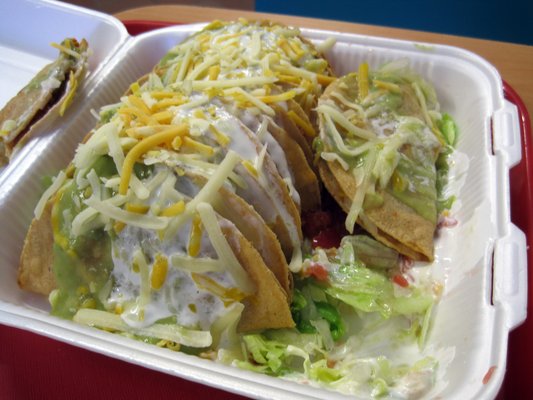 One of my favorite local dishes was gorditas, which are basically a double-thick tortilla split at the middle (like pita bread) and stuffed with a filling of choice, and grilled. Diced and cooked potatoes were a common choice, often with beans or cheese as well. 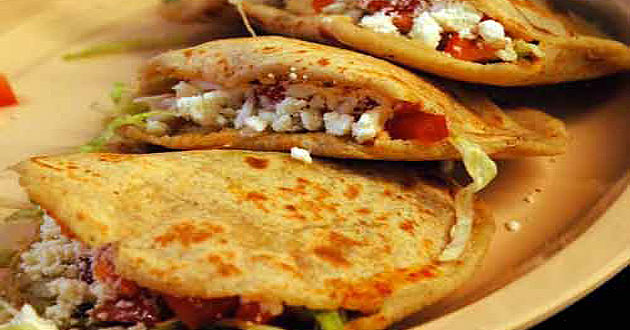 Potatoes are also common in Mexico prepared much the same as they are in the U.S.: Baked, or as french fries, or the ever-popular potato chip. Always with a Mexican flair, usually in the form of extra spicy seasoning or sauces added.

I also had a "Breakfast taco" in Austin, Texas a couple months ago, which had potatoes. So there is some tex-mex food with potatoes, but I think this is probably not as common as it is in true Mexican cuisine. But then, Tex-Mex has never been a very close substitute for true Mexican food :)