I am needing to find an arduino controlled circuit that will control the temperature in a box enclosure utilizing peltier devices.

The solution can utilize two circuits each driven by separate pins on the Arduino but ideally a single circuit with two controlled drivers for the Peltiers. Can anyone point me in the right direction?

So, if you have a PWM kr DAC pin free on your 'duino, you could use something like this I think: 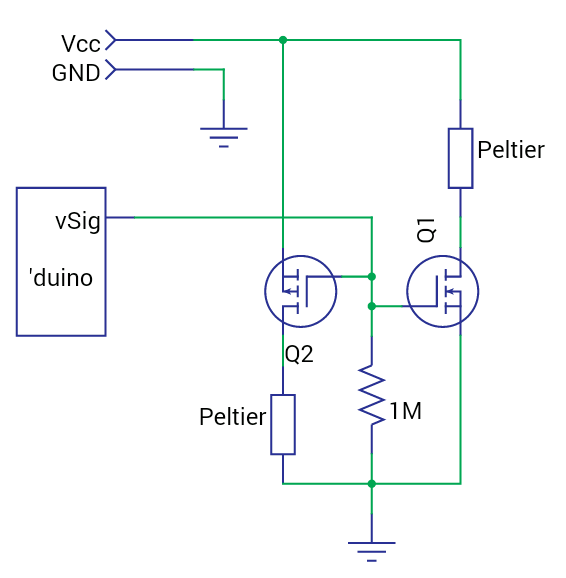