I dismantled a push-button telephone and I am want to control it using a Raspberry Pi (A+) to trigger the button presses. The phone has a grid of 12 (+2 special buttons) contacts that correspond to the dial numbers. Normally the rubber domes would make connection when the button is pushed, but I want to find a way to close the circuit somehow using a Raspberry Pi. Below is a picture of the PCB. There's a potential difference of ~4.1 volts across the contacts. 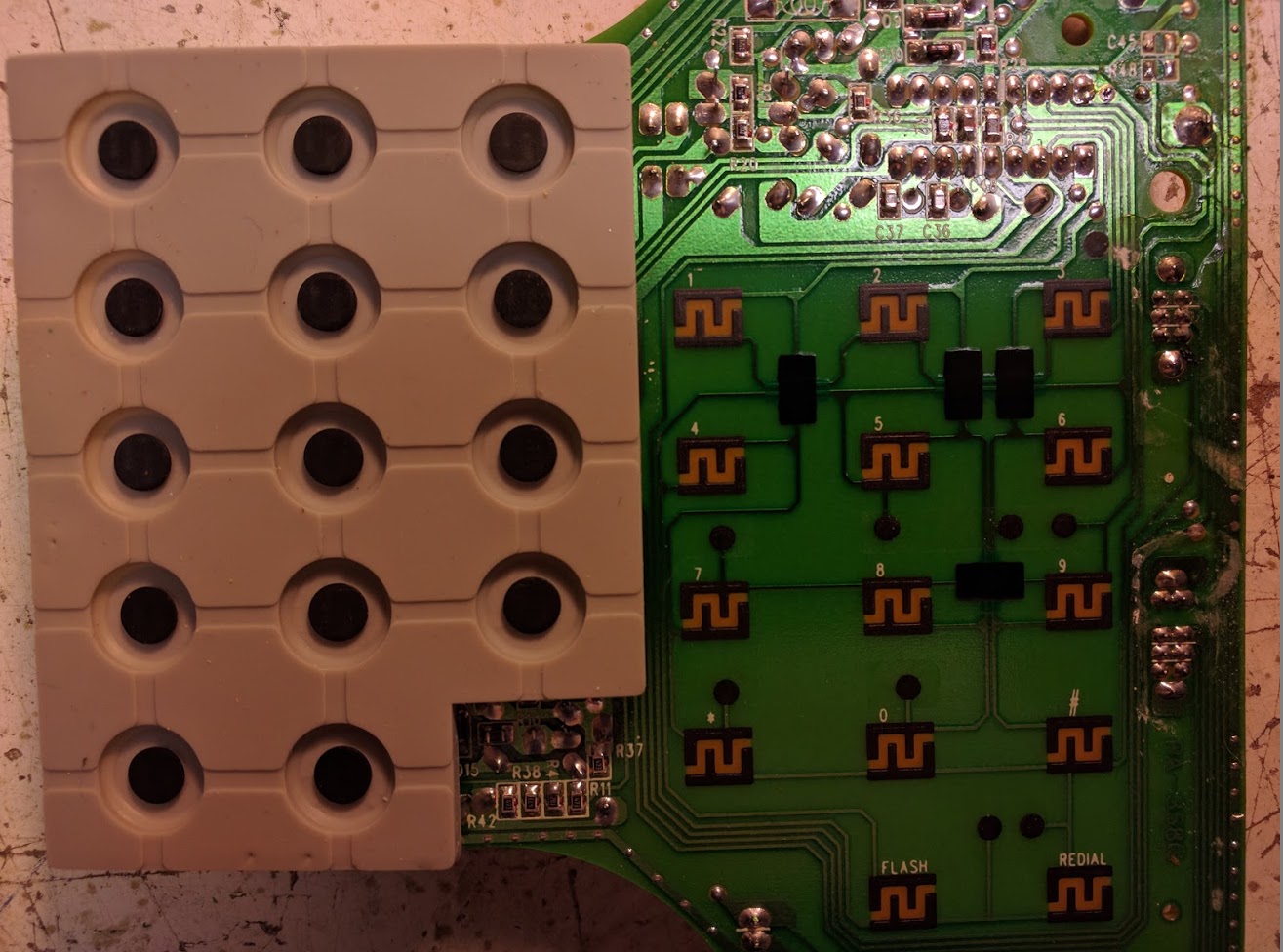 I also need some way to close/open the latch that the handset would normally rest on, pictured below at SW2. It has the expected ~48 volts running through it, so it's waaaaay too much to directly control with a Pi. I plan on soldering a relay in there, as the contacts are easier to work with on the underside there. Unless there's a better way to do that. 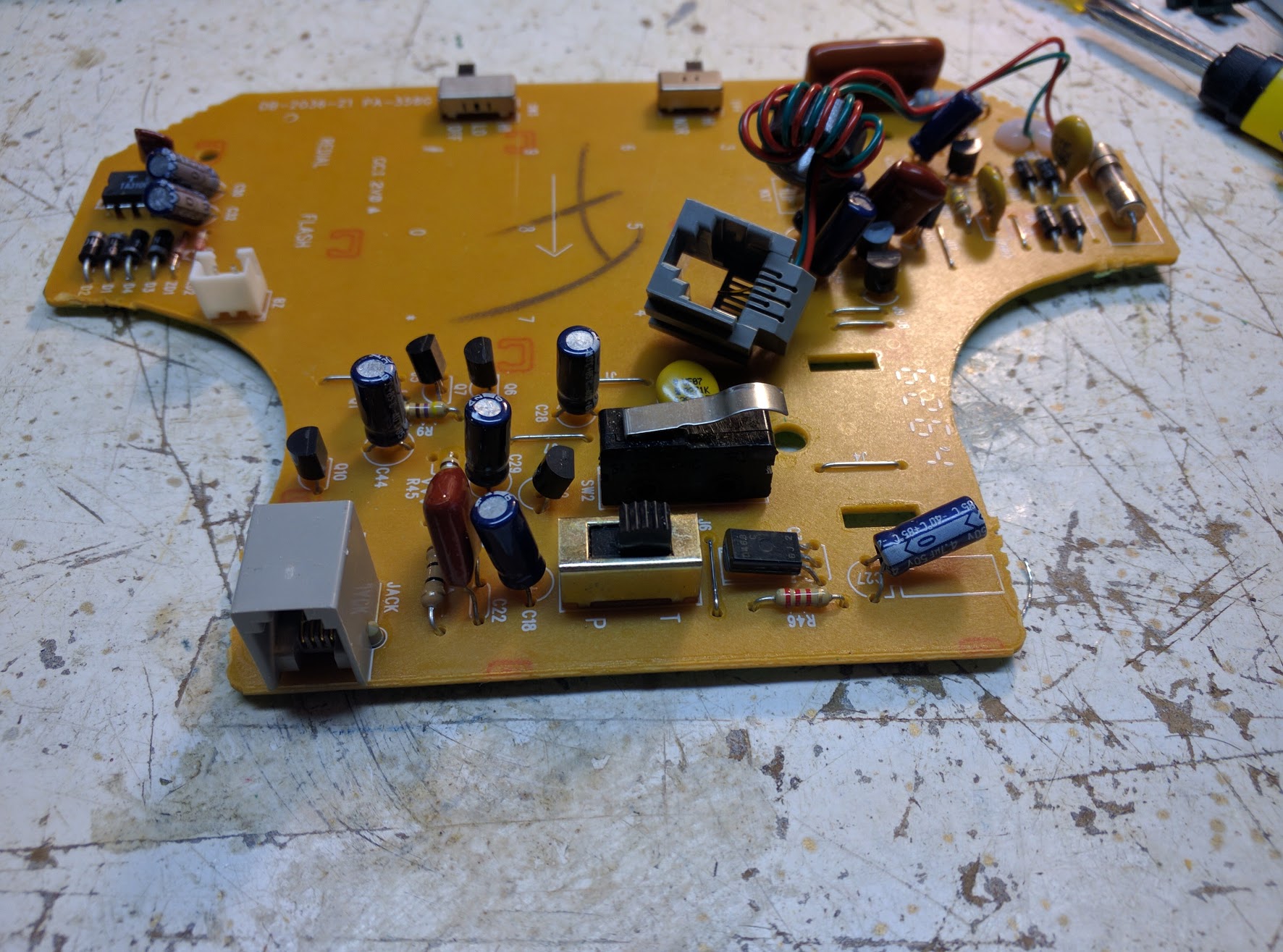 This is more difficult than you may have thought. The telephone circuit uses 48 V to power the telephone, dialing, and on/off-hook signalling and speech circuits. It also uses up to 100 V AC for ringing signal. They also get the odd whack of lightning induced current. You can't connect your micro directly to it. 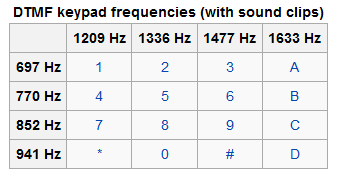 The keypad switches the DTMF (dual-tone multiple-frequency) tone generator chip. The buttons are generally arranged in a 3 x 4 grid which is scanned by powering the rows (or columns) in turn and reading back the columns (or rows). In your photo I can see the traces running to the chip. The significance of this for you is that neither pole of the contact switch is grounded so you can't use a simple pull-down transistor arrangement to do the switching. You'll have to use miniature relays or opto-isolators (taking care to get the polarity right). Meanwhile, see if you can get a part number from the chip, read the datasheet and learn from that.

You don't. You make contact with the PCB. You would need to attach wires to the chip pins. Each relay / opto would short out a row and a column.