I have an occupancy sensor connected to a lighting control system. It uses a 40Khz ultrasonic mic to detect sound to determine if people are still occupying a room.

I'm wondering whether the mic could be used to record normal conversation?

It really depends on 1. the microphone and 2. the circuit they've designed. 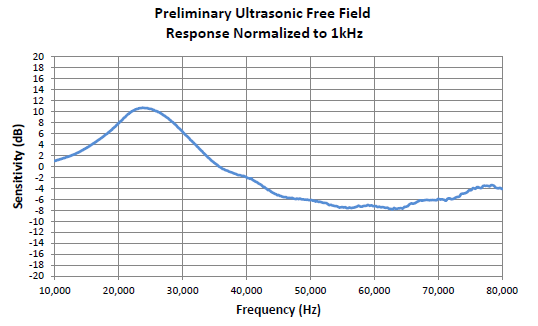 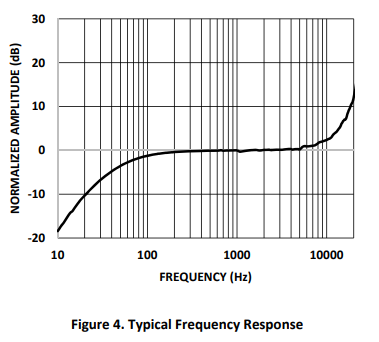 As you can see, the Knowles part's response to 40kHz is only ~2db less than the 1kHz response. This means that the microphone is as good at picking up "normal sounds" as ultrasonic sounds.

The Invensense part, on the other hand, is much better at picking up ultrasonic sounds. The chart only shows to 20kHz, but the datasheet talks about higher frequencies. Note that, even though the "normal sounds" are attenuated, the mic can still pick them up.

However, this is only the microphone. Even if the mic can hear the sounds, it doesn't mean that the circuitry can. For example, your sensor is likely filtering out lower-frequency sounds to make it easier to use ultrasound to determine occupancy. You can't really tell without looking at the design and the code.

Having designed purpose-built sound sensors, I can tell you that recording and transmitting speech is much, much more resource-intensive than only looking for occupancy. "Occupancy" is a simple "yes/no" signal. Speech would need to be sampled, recorded, buffered, and streamed.