A real capacitor can be modeled using a series RLC equivalent circuit.
However, there are still discrepancies between the two.
I've generated a waveform from the lab and I've modelled the equivalent series RLC. Why are there discrepancies between the two circuits and how can I generate a model that more closely resembles the lab generated waveform?

The first image is the lab-generated waveform for the voltage across a 2.2uF capacitor, second image is the simulated waveform resulting from the series RLC equivalent. Both have 200k Hz, 10Vp-p square wave input 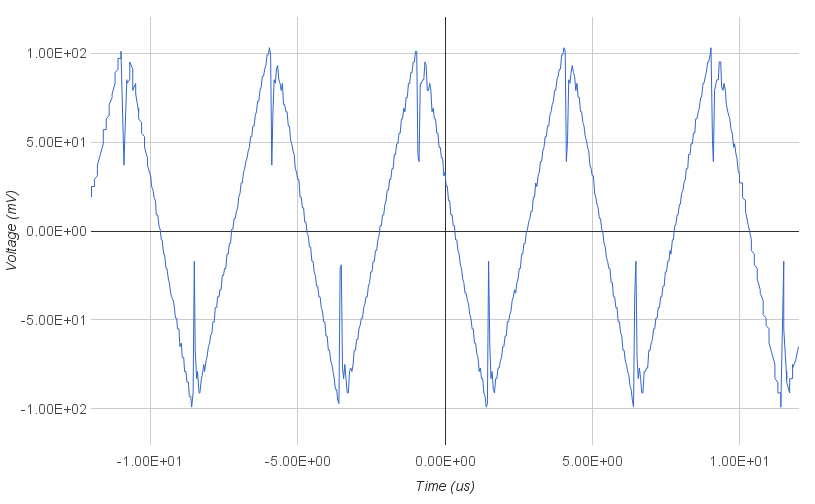 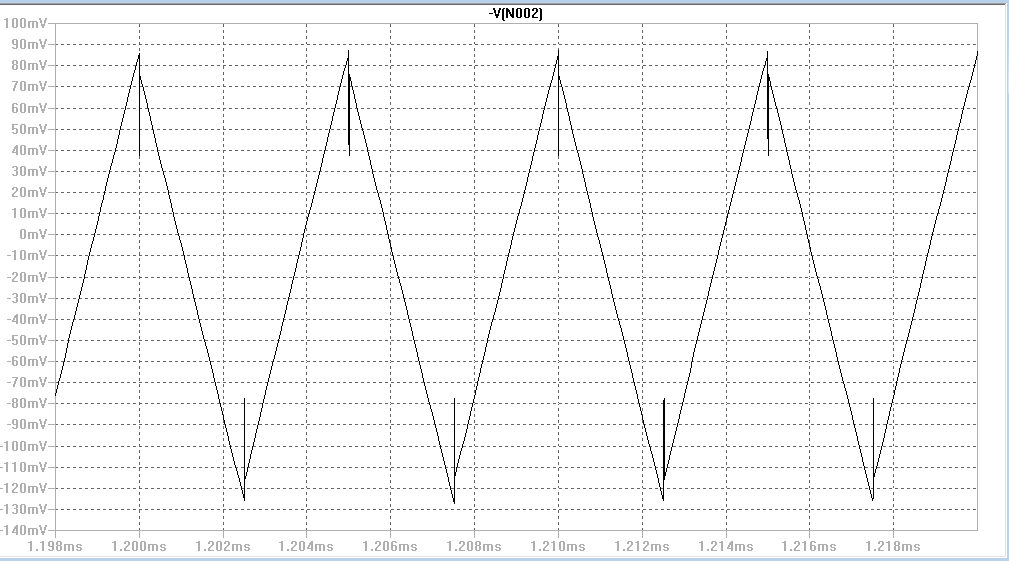 If we had an FFT amplitude and phase, one could get a perfect passive model of all the elements, knowing that the source is 50Ω and thus the transfer function.

The signal has the following characteristics from which a model can be generated. 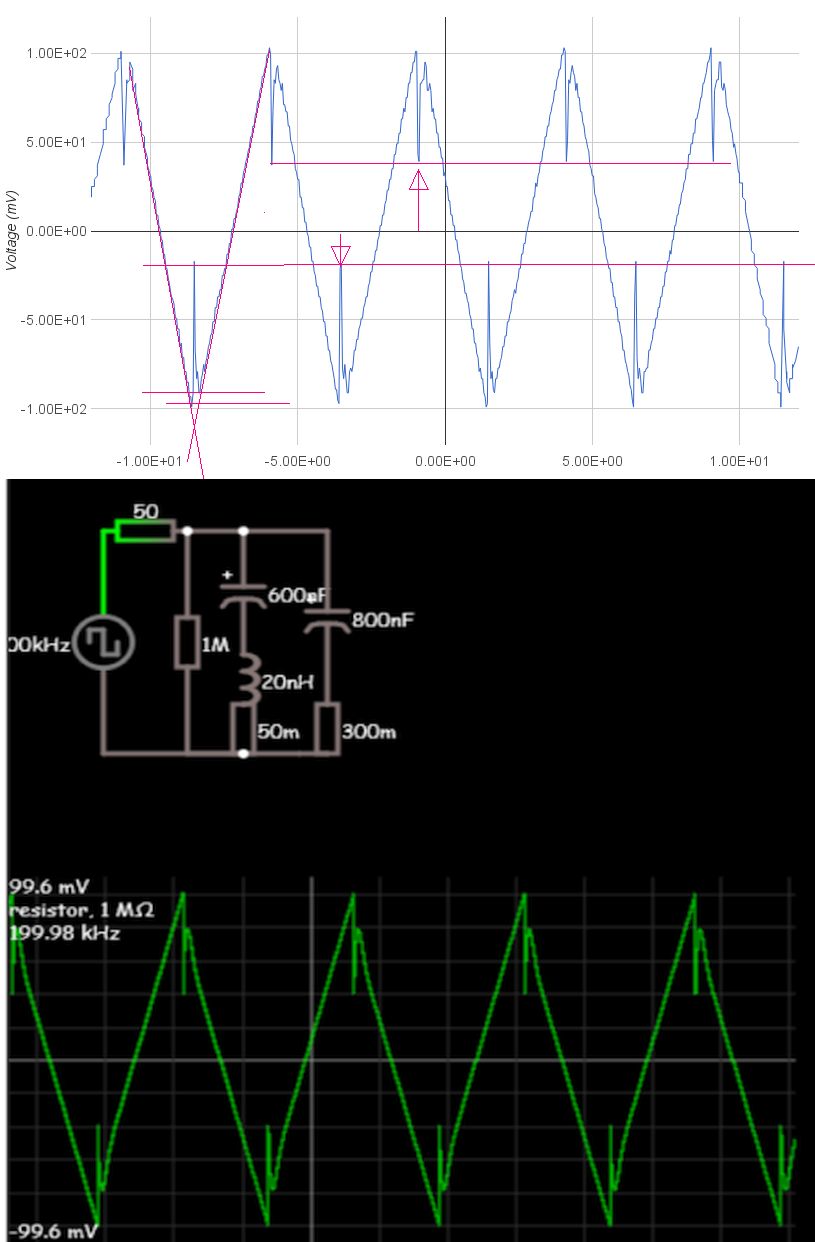 It is either Rs=100 Ohm source and 1.8uF or 50 Ohm source and 0.9uF with an ESR=50mΩ approx with about 20nH of ESL and many other RLC smaller networks shunting the RL network. 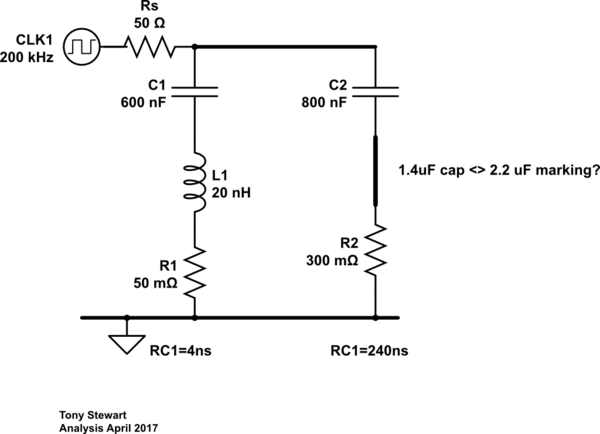 This is also why C(f), ESR and ESL changes value with sine frequency due to reactance model. But SRF and PRF will give a better model and a scatttering s22 plot is the best from the OEM.