Trying to understand the SCR. Have made this outlay which I shall find the right resistors for. 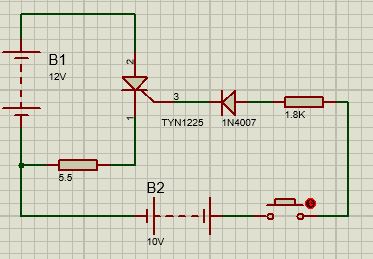 Discovered that at the voltages/current I attempted with that there was a gain on around 480, which I only became more confused about.

Is there such a relationship I can relate to?

Why do I think of limiting the \$I_{GT}\$ opposed to choosing the resistance to max \$I_{GT}\$ As a extra security if it can be done. For example, if I do not want the output to exceeded, lets say 2A, if I then restricts the \$I_{GT}\$, will this not cause the gate not to open if the current exceeds 2A?

The second I'm confused about is the calculation of the resistance.

seems to be to much.

What am I doing wrong?

As everyone told you the SCR is not a current amplifier as a bipolar transistor. It is a latch-up component; put enough current on the gate and it will switch on, and it will remain ON until the load current is more than Ih (holding current) 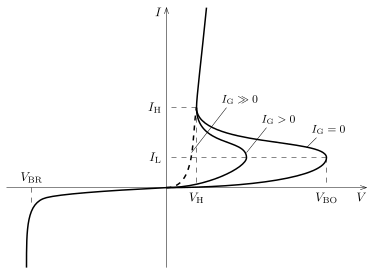