I'm trying to get a stable 48VDC power source with at least 500mA. I have a power transformer with two secondaries, each with 24V 0,73A. The transformer is rated at 35VA.
What I've tried is connecting the middle lugs of the secondaries together to give me 48VAC, but it's giving me closer to 52VAC. After the rectifier bridge it's giving me around 52VDC, but when it gets to the circuit's power capacitors (680uF across the power rails), it goes up to around 70VDC. It's supposed to power an audio amplifier and some extra LEDs.

Is there a way to get constant 48VDC from this, or am I better off regulating each of the secondaries on their own to 24VDC, and then wiring them in series? If so, what's the best solution to get the 24VDC? I was thinking of using 7824s or something similar.

Keep both secondaries separated. Use bridge rectifiers on each secondaries. Use 680uF smoothing cap for each bridge's outputs. Use 7824 regulator for each side, keep the ground isolated. Now you should have two isolated 24V power source.

Finally link these in series and take the mid point as your common ground. Don't forget heatsinks (maintain isolation) for both 7824. Output smoothing caps of 1000uF will help too. These linear regulators needs reverse protection diodes (check datasheet) to prevent current flow into the output terminals. Beware of that. 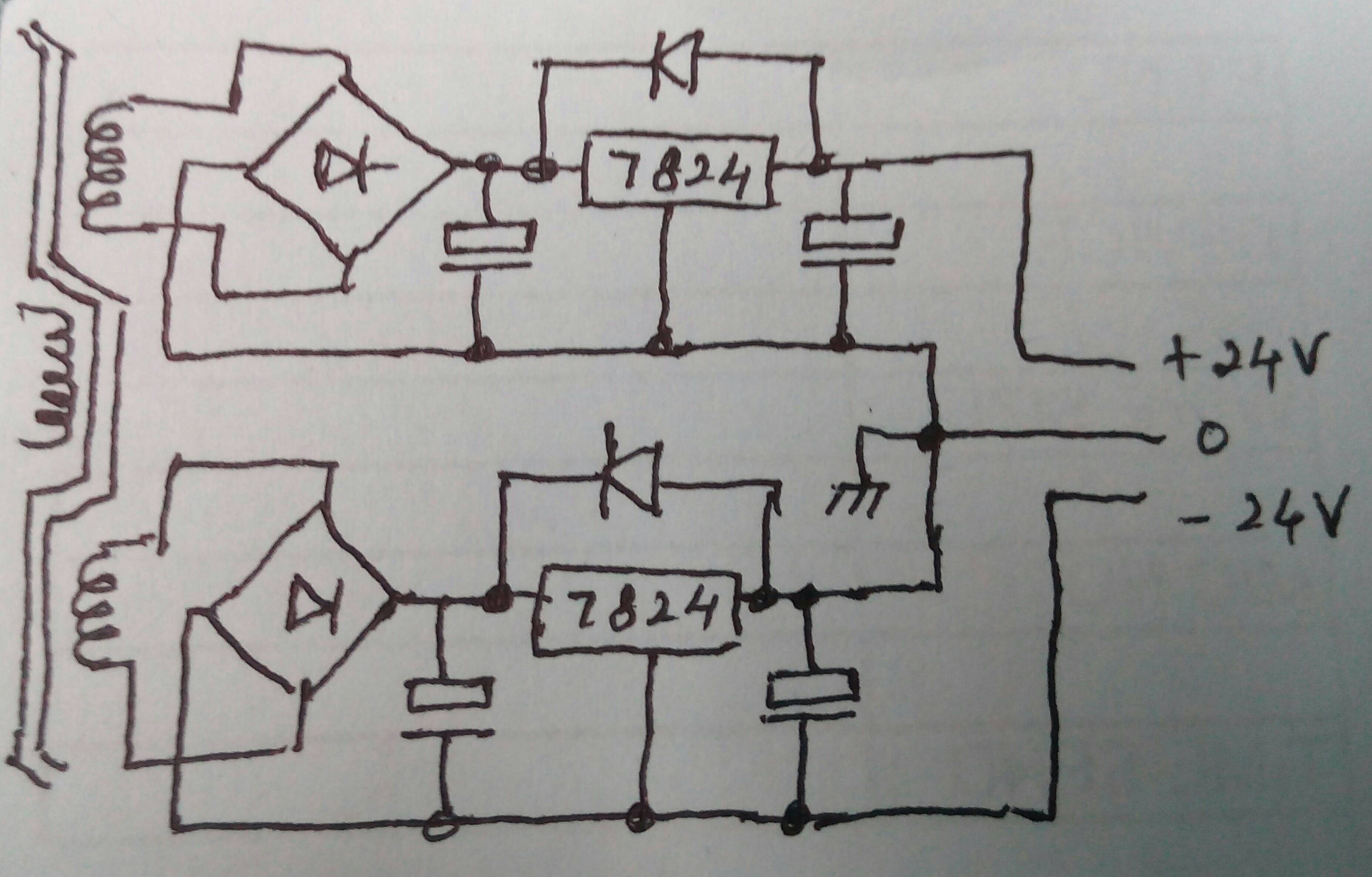