I want to use 555 timer IC (NE55P) as a latching toggle switch. I successfully did it using a switch as described in this toggle 555
schematics

except, I am using 5V power with led as output indicator.
more or less is like this: 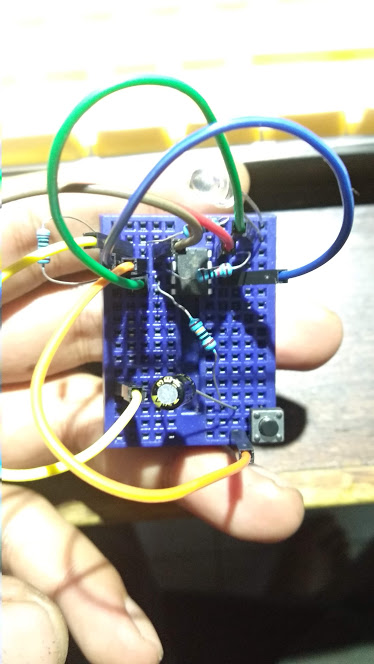 I've tried using 2N2222A transistor as switch replacement or directly use 10k resistor from the arduino output to pin 2 of the 555 timer but it wont toggle properly, it's just flashing and turned off again.

The main reason I want to control ne555p trigger pin using both an arduino and a button is because:

Several discussion are not giving answers, tend to go towards personal opinion. It's best if you give the answer first then you can add the opinion afterwards. That way is much more appreciated.

extra question:
also how to make it accept 3.3v trigger?

Connect an arduino GPIO directly to pin 6 of the 555, when configured as an input it will do nothing (allowing manual control via the button), but when configured as output (low or high) it will turn the 555 on or off. (then set it back to an input to allow the switch to work)

if you need toggle action connect a different GPIO to pin 3 and write the opposite of what you see there to the first GPIO ot flip the 555 to the opposite state.

R1 reduces the voltage on pin 7 to 2.4V meaning the 555's threshold and trigger levels are now 2.4V and 1.2V thus compatible with the 3.3V logic at the other end of the wire.

R5 keeps the charge in the capacitor from exceedinf 3.3V (which could otherwise damage the arduino when the button is pressed)

For 12V operation instead of 5V reduce R1 to 1.2K increase R2 and R6 to 39K. The relay coil resistance requirement increases to 120 ohms.