This question is unlikely to help any future visitors; it is only relevant to a small geographic area, a specific moment in time, or an extraordinarily narrow situation that is not generally applicable to the worldwide audience of the internet. For help making this question more broadly applicable, visit the help center.
Closed 9 years ago.

Here is an example of something I occasionally encounter, and it always trips me up. The title of an applied mathematics book from Stanford University in 1959 is (bold mine)

I myself would certainly use more than in all instances of constructions like the example above, but I also see more that from time to time. Whence comes this alternate construction?

While I agree with the Unprestidigitator’s assessment that this is a typo, there is nevertheless a thing or two of interest to be learned here.

First, the Google N-gram for “more that one/two/three/four”: 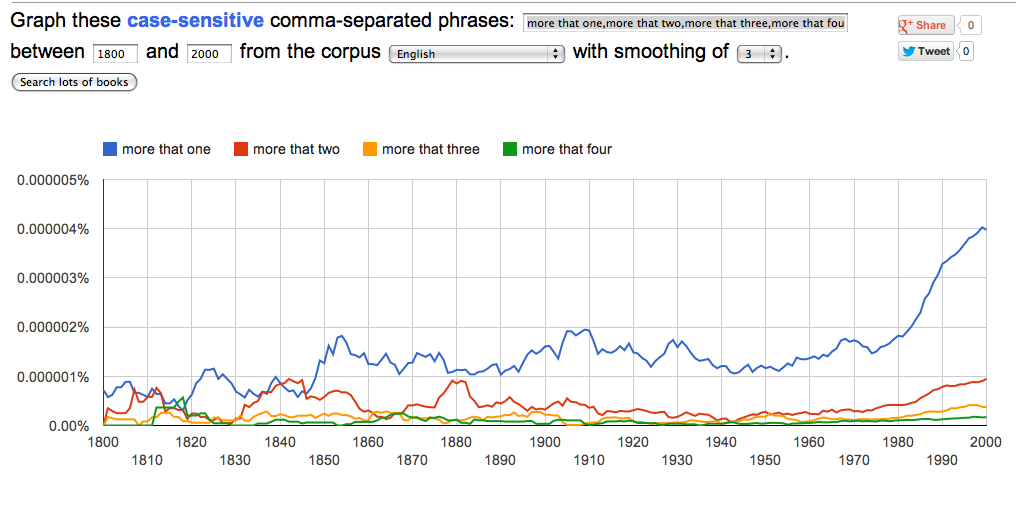 Now compare that with the Google N-gram for the correct version: 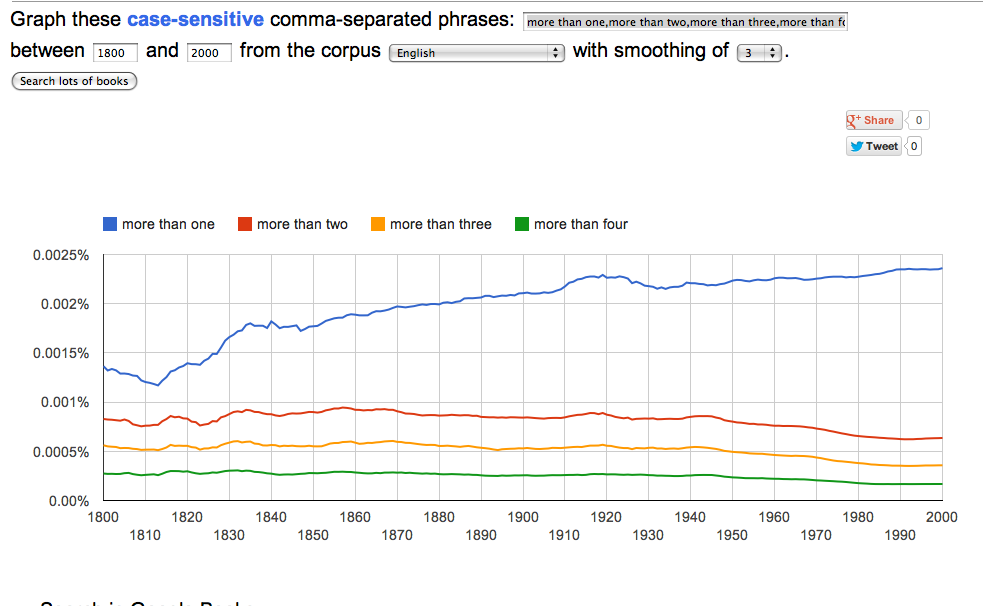 Two important observations are that

A hundred years ago it was different. Here is the year-1900 snapshot: 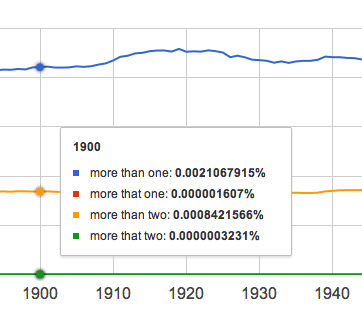 This is extremely suggestive that it is only a typo, and checking the individual hits shows conclusively that it always is either a typo, or in a few cases, a false positive due to intervening punctuation.

In conclusion, the analysis that this is a typo, albeit an increasingly frequent one, seems to be borne out by the observed data. The increasing frequency is cause for some distress regarding our “modern” text-production methods, but it is also likely why the question was raised here in the first place.