I have always played World of Warcraft on my own; mainly because I don't play enough to build relationships with other players, and because I don't feel committed enough to having other start relying on me to log in every day / week.

Lately I am getting a little bored and feel like involving myself in the multiplayer parts of the game, like the dungeons, would make it more enjoyable.

Thing is, the game is filled with people who spend hour and hours playing and have tonnes of experience. I haven't used the dungeon feature before and I'm not that experienced in the game. I want to try the dungeon feature, but I don't want to end up annoying the other players by not playing well enough or as expected. I don't understand all the terminology that people use referring to items, skills or tactics. I also don't really understand a lot of the game mechanics that are more important when playing with others, like threat. I'm concerned about ruining the dungeon for others, which would deteriorate my interest in the game.

If I play a dungeon with others, what is expected of me? I suspect each class has its set of common tasks, but I don't know what they are. Are there some general rules / expectations that I can read about before I try it out? What is the worst thing I can do if I give it a go?

There is a built in Dungeon Journal in World of Warcraft which can be accessed by pressing CTRL + J which will give you a run down of the abilities that the enemies you will encounter in each specific instance possess, along with rudimentary tactics on how to deal with each ability. It's not comprehensive in terms of advising how to deal with an encounter but it will give you a head start on understanding what lies ahead. 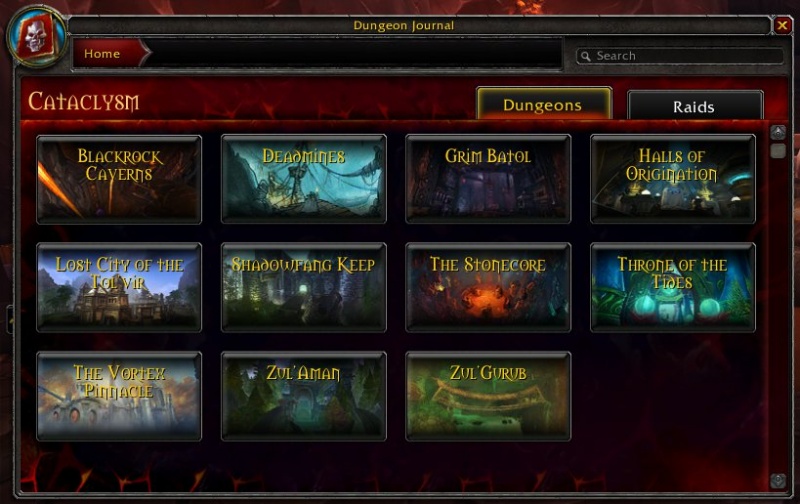 To optimise your performance I would recommend using an online class tool like Noxxic to get an understanding on what your skill rotation should look like, how you should reforge/gem/enchant, etc. This will increase your output, whether it be healing or damage, and increase your survivability as a tank.

For your first foray into WoW dungeons, I would recommend going in as a DPS rather than as a healer or tank. DPS, regardless of what many DPS say, is the easier role and is a bit more forgiving for a newcomer to dungeons.

The WoW community isn't the most friendly community in the world, as you've pointed out already there are many people in the game who simply don't have the time or inclination to teach newer players how to play, or get through an instance. Some people will be quite unforgiving if you make a mistake. Just keep this in mind when you're starting out and don't be put off by the actions of individuals and don't let it discourage you from continuing. Everybody was new once.