(for those of you who think scrolling past screenshots takes too much time):
How do I configure Mass Effect to use my NVidia graphics card?

I have an ASUS N53SN which, except for the NVidia GeForce 550M card also has an adapter called "Intel(R) HD Graphics Family" in device manager. As I understand it, this adapter is somehow built-in in the motherboard, but I might be wrong on this point.

I just installed Mass Effect (yes, the first game in the series) and I was taken to the configuration utility to set my graphics (and other) settings. Well there, I noticed I could not choose my NVidia card: 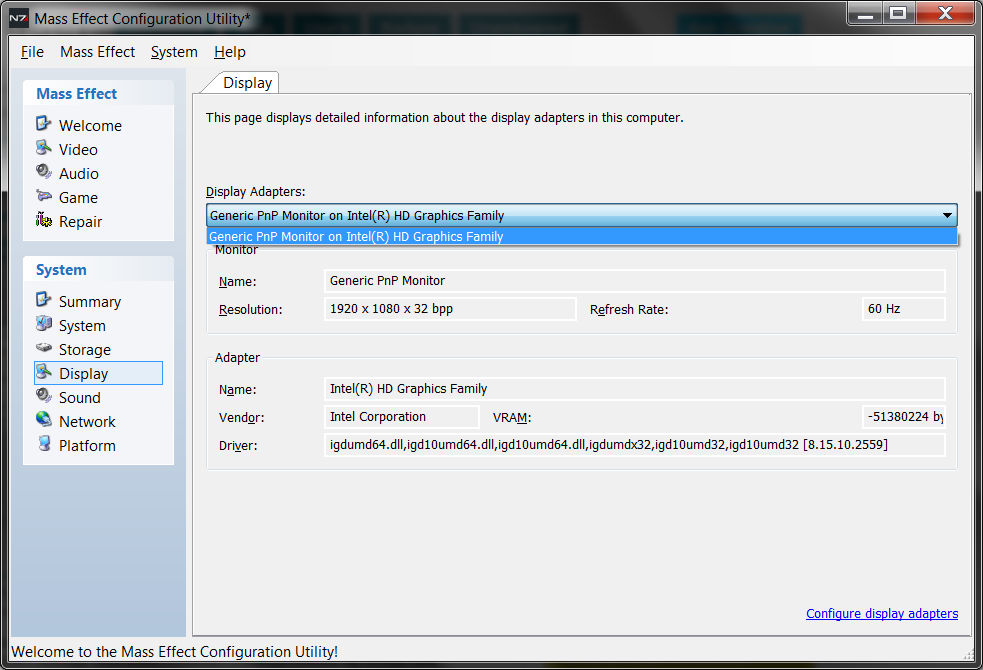 I went into the NVidia control panel, and checked there what setting I had for choosing graphics cards. I made sure the global setting was to use the NVidia card: 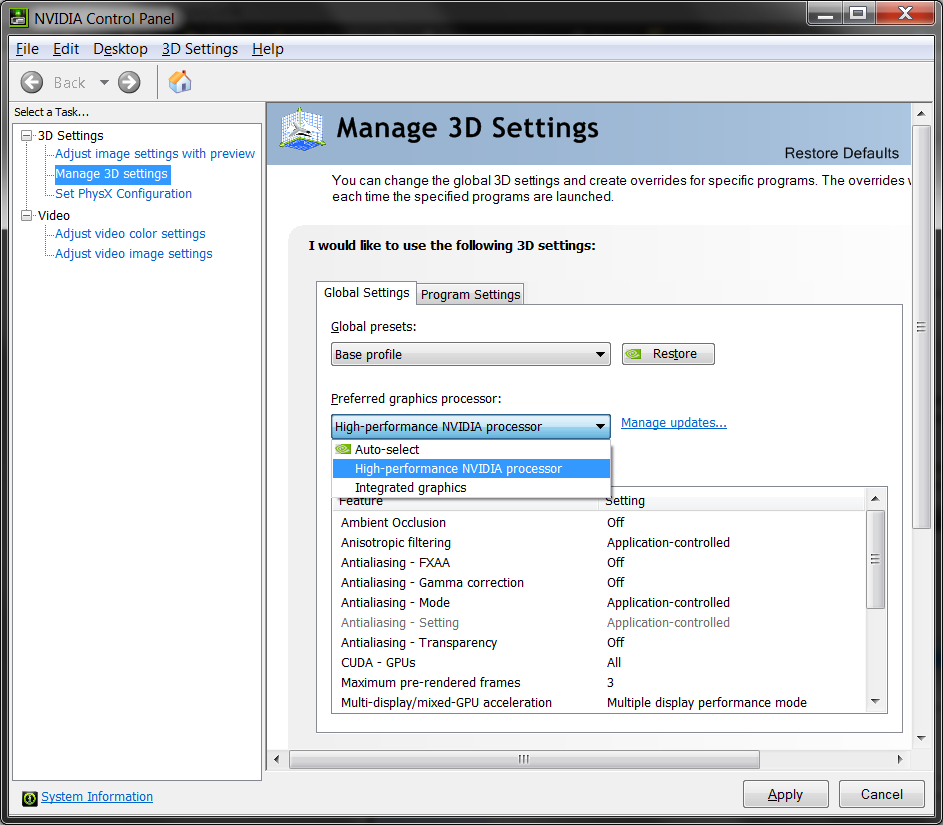 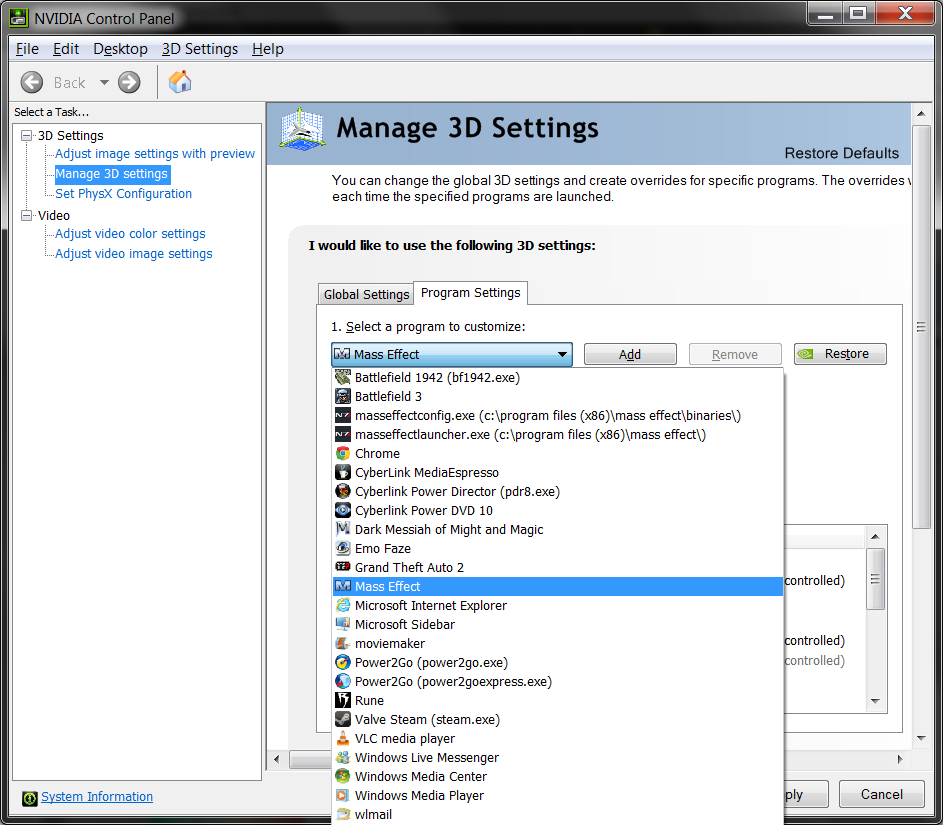 After entering these settings, I let the configuration utility rescan my hardware. However, none of this has helped – the first screenshot is still accurate.

How do I let the configuration utility know that I have an NVidia GeForce card, so I can choose appropriate graphics settings?

According to NVidia, that GPU isn't active until you need it, which means that while you are in Windows using the Mass Effect utility to decide on the graphic options, you can't see that video card. I mean, you have already experienced this, but the reason why is because you can't activate the GPU manually.

Once you start Mass Effect, you can go to the options menu and change the graphic settings from there. Some of the setting changes might require a restart, but at least the game will be using the NVidia chipset at that point.