I have a 2014 MacBook Pro Retina and a set of Logitech z906 speakers which has two TOSLink optical line-in ports. I bought a mini-TOSLink to TOSLink cable on Amazon which arrived this morning, and I gleefully plugged it in and fired up Logic and opened a surround-sound project. 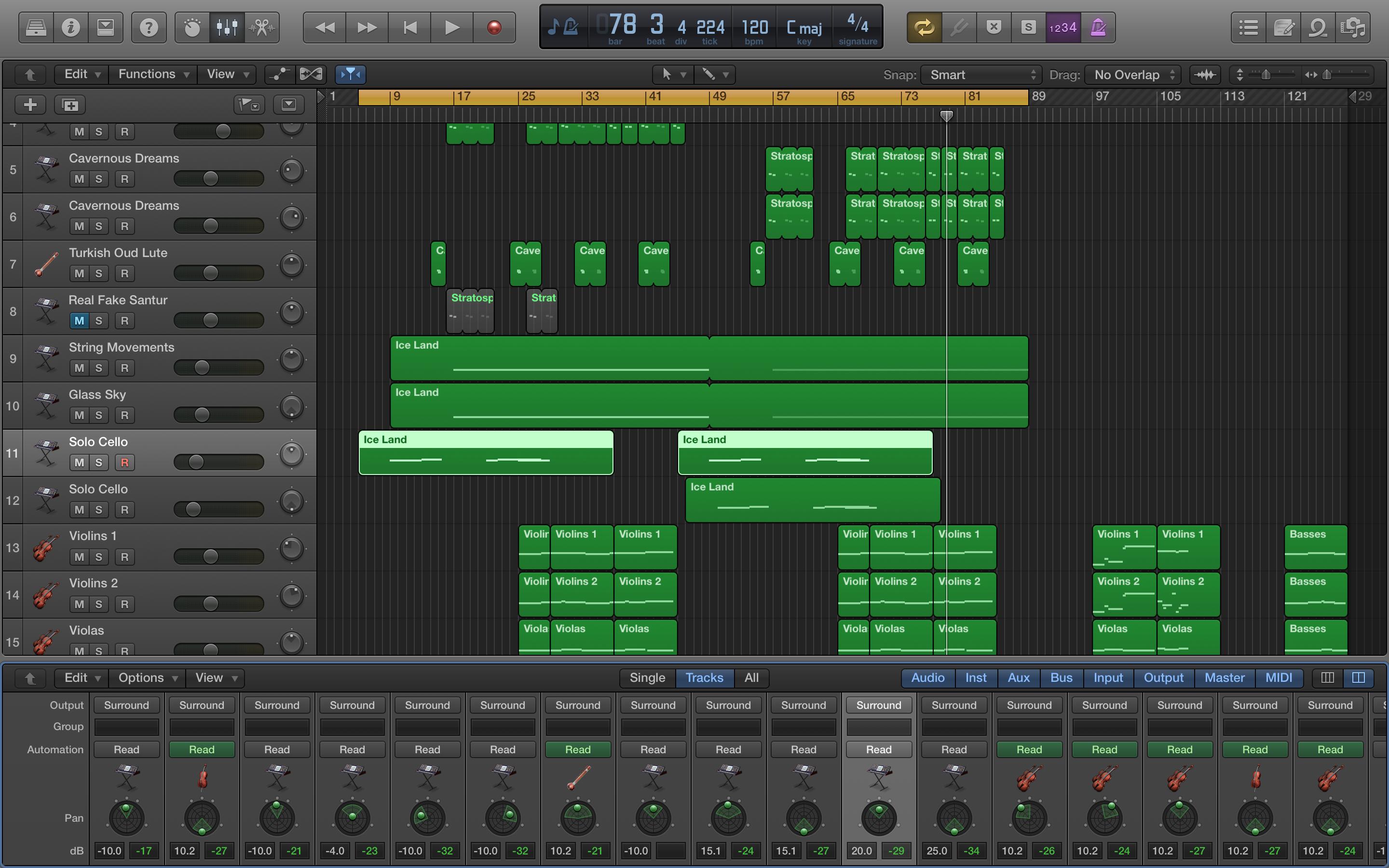 I went to the audio settings and enabled Surround in the Advanced settings as so: 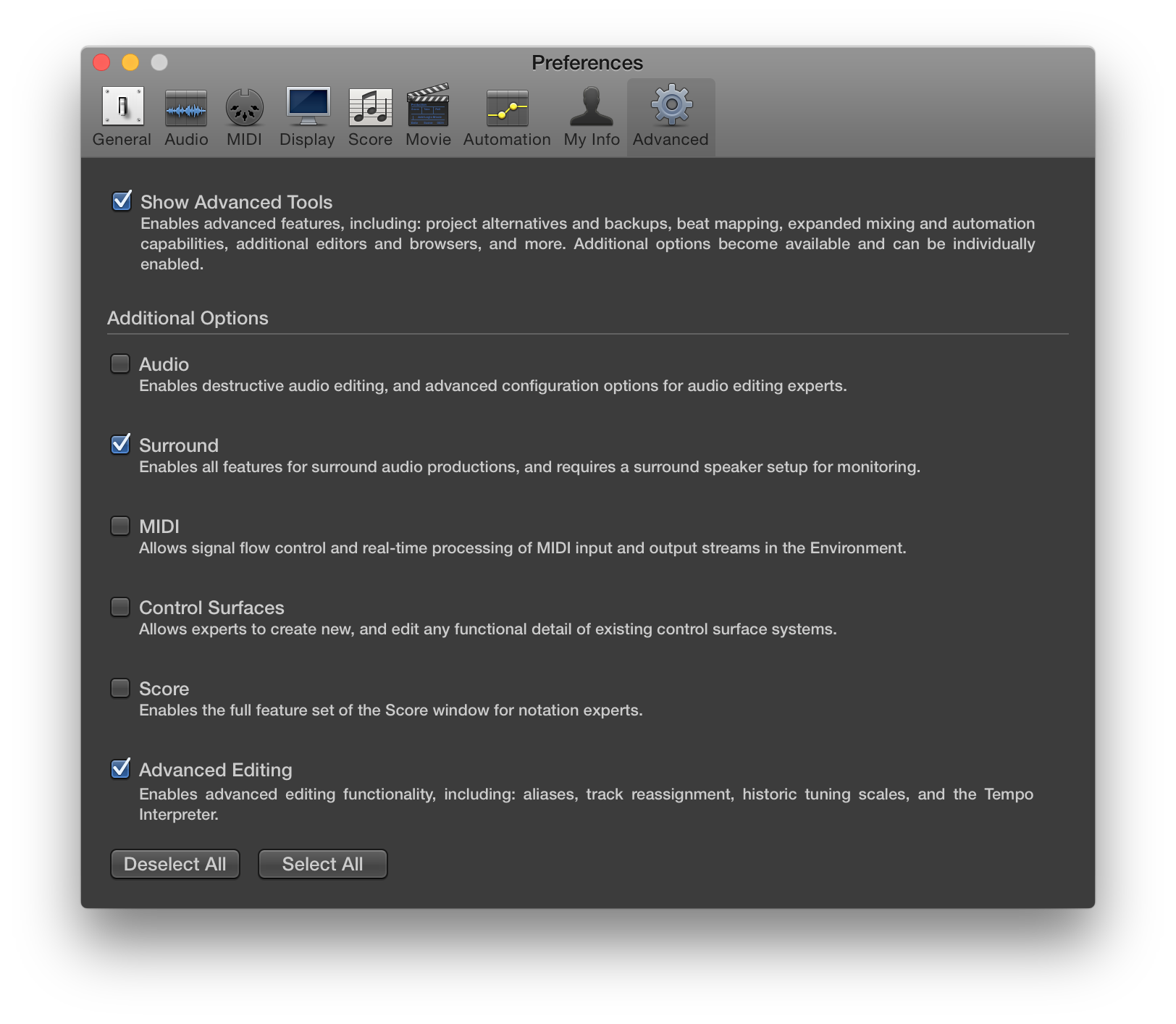 I then configured the Audio Preferences's Surround section under I/O Assignments to show as 5.1 and default to the WG-4 channel assignments as so: 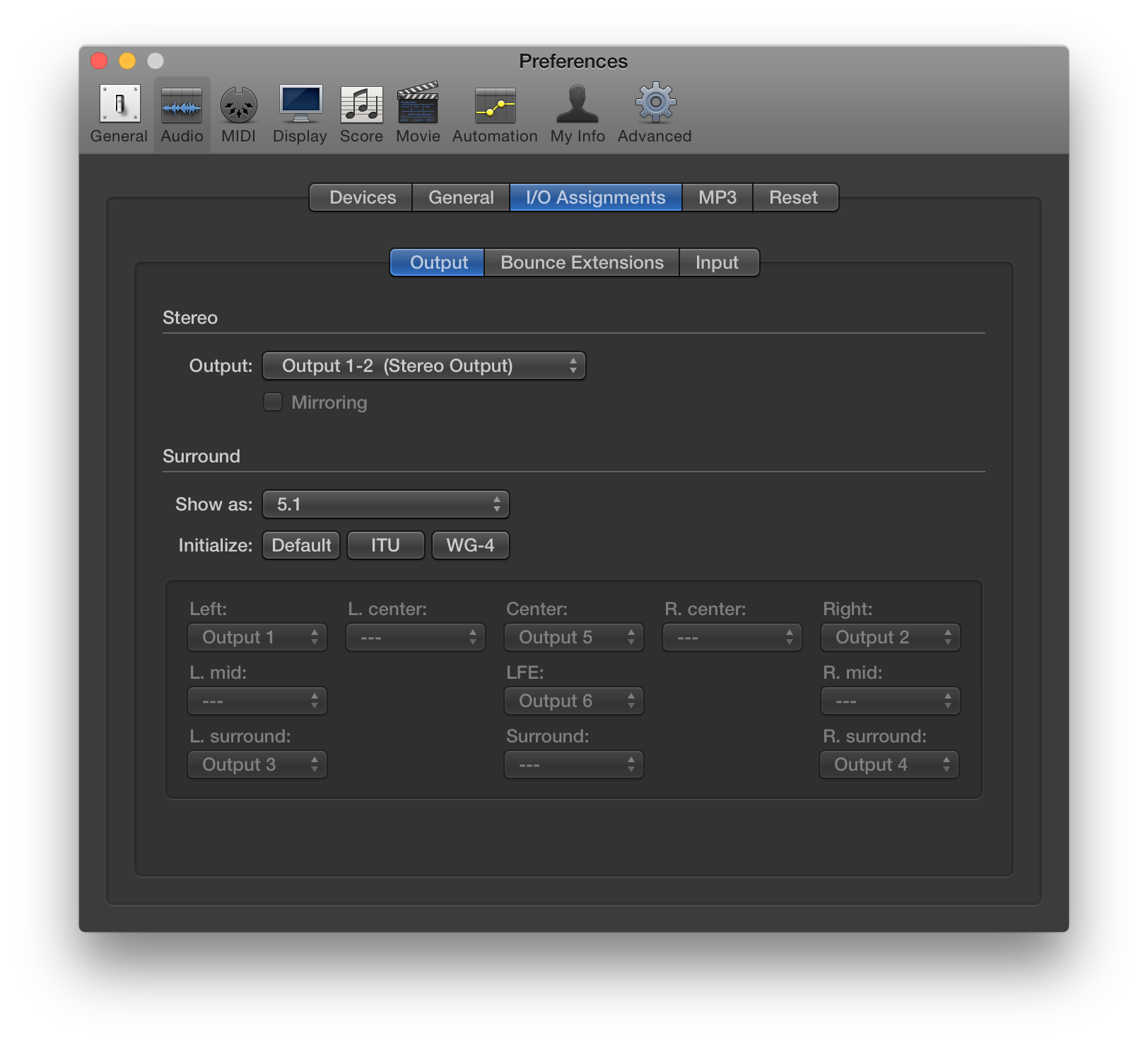 The sound output is fine, except it's still in Stereo and the DSP in the amp is upscaling the signal to use the available channels, and unfortunately, no matter what I do, I only seem to be able to get stereo output. If I pan a channel towards the rear speakers, it's as if I just turned down the fader rather than sent it to a different channel.

If I load up the Audio MIDI Setup panel from Utilities, the Built-In Output only allows me to select Stereo under the Multichannel settings: 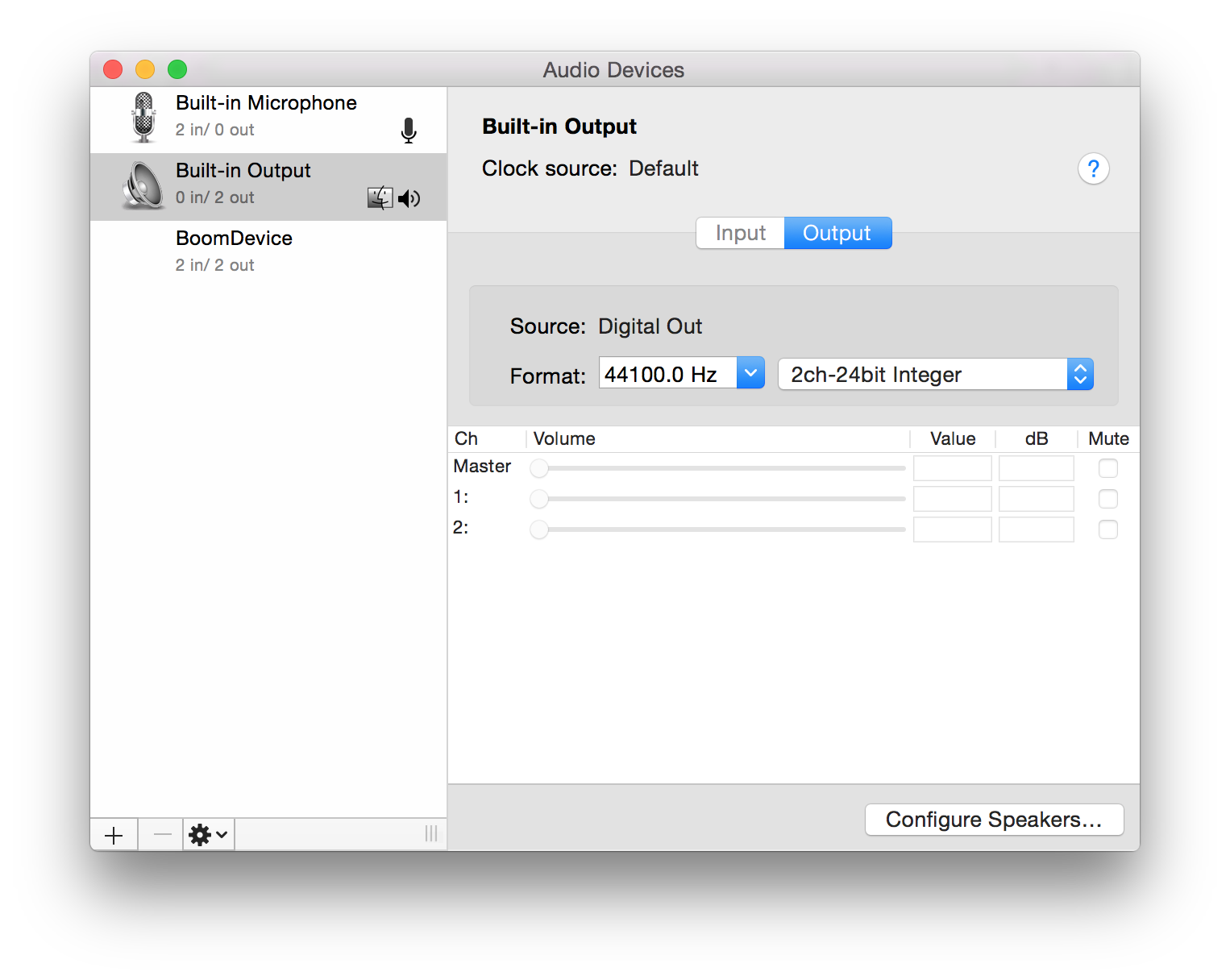 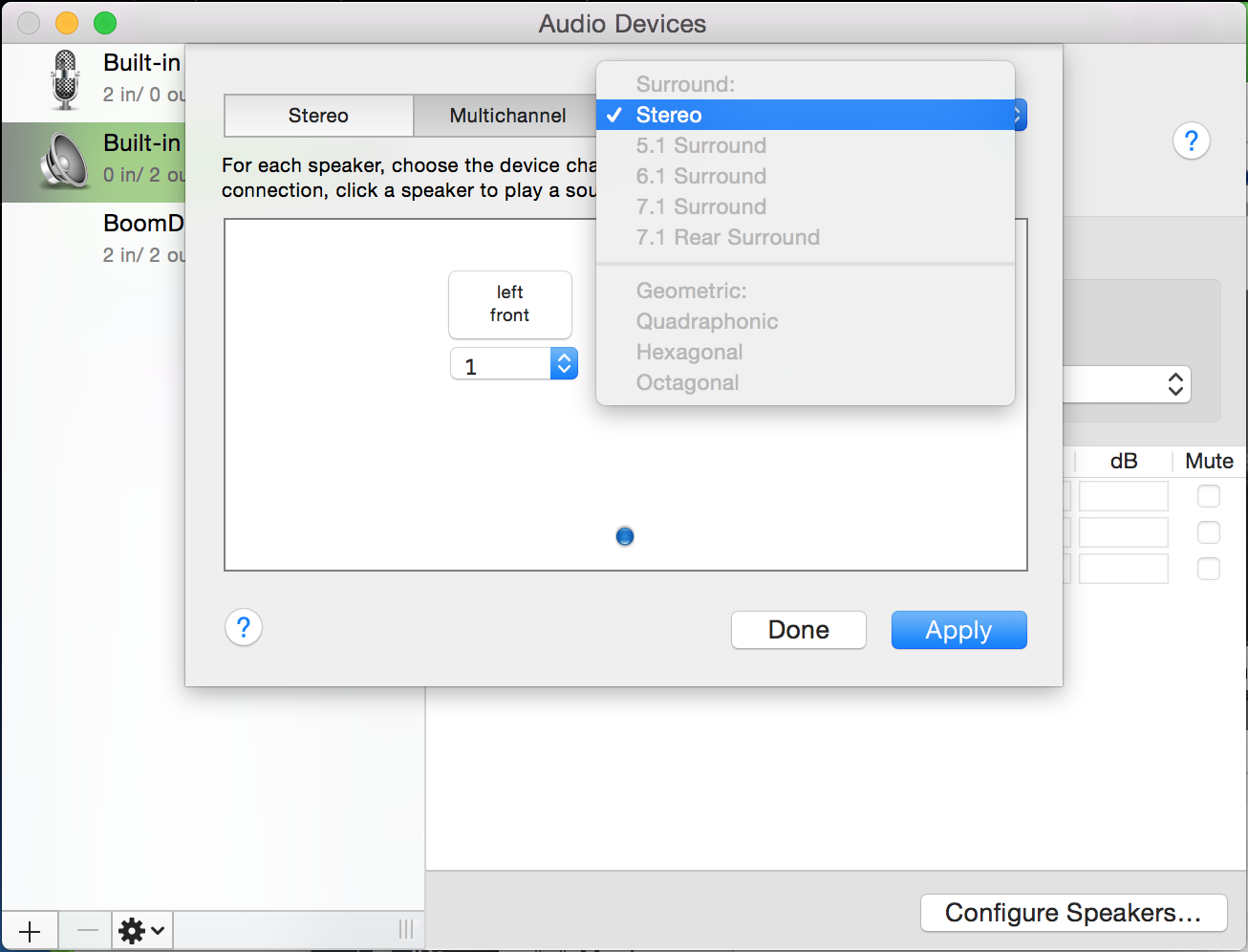 I find it very hard to believe that Apple would go to the expense of including a mini-TOSLink output in the MacBook Pro and then not support 5.1 through it, so I'm guessing I'm missing something here.

Does anyone know how I can complete my setup so that I can get 5.1 audio output?

Edit: I gather from discussions on Apple's support pages that Quicktime 'passes through' the 5.1 audio signal straight to the output without performing any processing on it, so I'm wondering if Logic is able to do the same. 'Passes through' sounds a bit hokey to me, though, if I'm being honest. :/ It still feels like there's a configuration option I'm missing, somewhere.

The standard TOSLINK Spec (without utilizing the extensions) was commercialized in the 1980s and only has a bandwidth of 3.1 Mbits/s at the ground floor. This can't quite manage 5.1 uncompressed audio with overhead, especially at >= 48k/16. So this isn't a DSP issue, its a bandwidth issue. The TOSLINK hardware link layer just can't manage the bandwidth I'm afraid. Extensions to TOSLINK are available to increase bandwidth, but they aren't widely supported, especially on audio equipment.

It can manage 5.1 with DTS/DD because of the compressed bitrate, but clearly this isn't an option when latency and quality are important.

Further more, TOSLINK has known clock recovery issues that give rise to jitter. Fairly acceptable for 1983, but 30 years later we have better options.

The MPB is perfectly capable of 5.1 uncompressed using the HDMI interface, which has superior bandwidth, FEC, and clock recovery when compared to TOSLINK.

In addition, there are plenty of external professional options available for this problem (pro tools, etc)

Bottom Line: You won't see AV professionals running a TOSLINK out of their MPB for any serious project.