I want to plug a 2.5" SATA HDD into a laptop with an internal IDE connector.

They could use this SATA-IDE adapter board pictured below.
The SATA HDD with the adapter won't fit into the bay, but let's say that's fine.
It's largely an aesthetic issue; it doesn't matter if there's an "extension" cable.

When using that SATA-IDE adapter attached to the HDD, they could attach a 2.5" cable F-F, then use a gender changer at the other end so it looks like the connector of an IDE hard drive. That 2.5" male end end of the cable could then be plugged into the laptop's IDE port

But I don't know whether such a cable that is 2.5" at both ends exists.

Or are there alternative ways of plugging a 2.5" SATA drive into a 2.5" IDE connector? 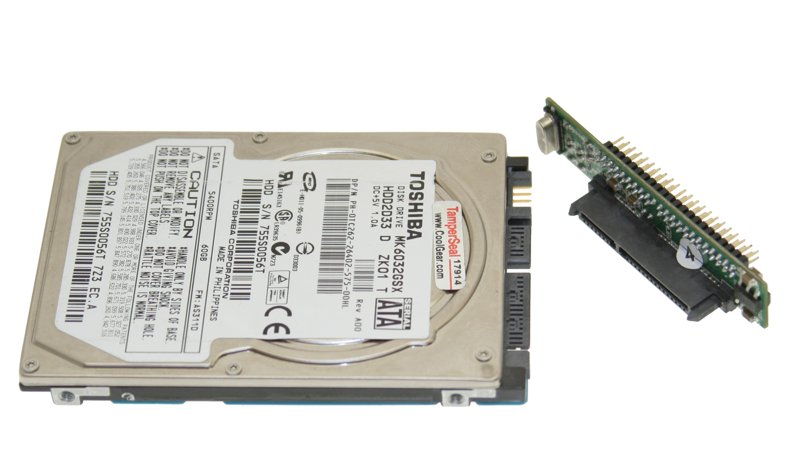