I was using a 2GB DDR3 ram stick on my last Computer, I got a new motherboard which had an offer for 4GB so I took it, got home and discovered it was actually 8 GB DDR3 RAM, two identical 4GB sticks. Pretty cool. 😛

Anyway, The motherboard has four slots, two blue and two black. They are arranged like this:

I have placed the two 4 GB sticks in the blue slots, and the spare 2GB i had in a black slot. It's probably overkill, but might as well use it I figured.

Is this the correct way to arrange them? Would the 2GB hurt performance, with how channels work?

In general, two slots of the same colour are on different channels, and the way you've put it seems to be logical. Assuming the system supports a mix of dual channel and non dual channel ram, the two blue sticks are working in dual channel mode, and the stick in the black slot isn't. Otherwise they're all running as seperate channels (which dosen't cause THAT much of a performance hit).

You shouldn't have any issues with the layout. You can get information on whether you're running in dual channel mode, and what variation of it with cpu-z 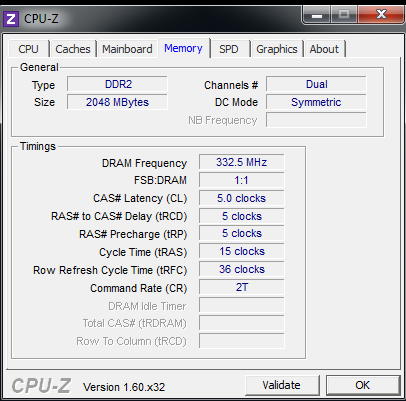