This is for recording a Google Hangouts call on my Retina MacBook Pro. I am using the internal microphone and the internal speakers.

I would simply like to record the conversation. So I would like to record my voice picked up by the mic as well as the voice coming out of my speakers.

My DAW is Logic Pro X.

I have followed the steps from this and this answer but they have not worked. The problem is that the internal microphone records the other person's voice coming from the speakers—even though Hangouts works perfectly. [Of course I could always use headphones as my output, which would not result in a feedback loop with the internal mic, but I much prefer to use the internal speakers.]

I just tried Audio Hijack and I am getting the same issue as using before from when I was using the Soundflower workaround in my DAW: the internal microphone picks up the speaker output which causes an ear-piercing feedback loop.

The prime app for any task like this has always been Audio Hijack* from Rogue Amoeba - not cheap though for a single task, $49.

I've not tried it for that specific task type, but there's a demo available. Though it injects periodic noise, it should be sufficient to test whether or not it's fully suitable for your intended purpose.

Rogue Amoeba took over Soundflower after Cycling '74 stopped maintaining it, but it hasn't really been updated & doesn't have anything like the functionality of Audio Hijack.

You need to not route the mic directly to the speakers, or you will get immediate howlround.
You will always get some spill of the audio from the speakers into the mic, which may make it sound more 'reverby' - the only fix for that is to use a headset - but it will prevent the mic recording itself, playing itself, recording itself… … 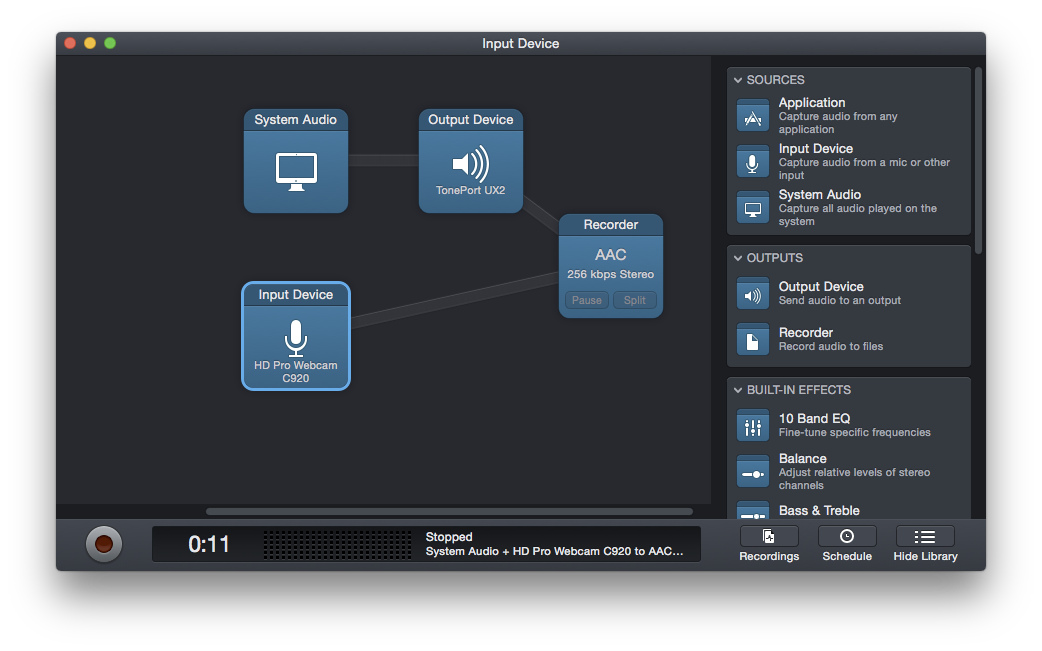 *No afilliation, just a satisfied user