I'm running the Enterprise version of Windows 10 on one of my computers at home, and Windows 10 Pro on another one. The Pro computer got the November update 1511 several days ago, but the Enterprise one still has not received it. Even when I check for updates manually through settings I am told that the computer is up-to-date. But Settings > System > About tells a different story: 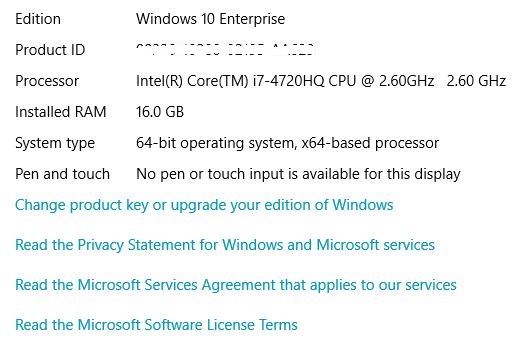 Do I have to download the ISO and install the update manually? Or is Microsoft putting people in queues for the purpose of delivering the update?

Since this thread has been getting a few views of late, I thought I should summarise my situation, and subsequent decisions, clearly.

I first encountered the problem when the 1511 update was released. Even after a prolonged period of waiting, my installation of Enterprise did not get the update. The only solution available to me was to download the ISO from MSDN.

I encountered the problem once again when the 1607 update was released. I waited for about two weeks, and even tried changing numerous settings in gpedit.msc, but nothing worked. So eventually I erased my disk and installed Windows 10 Pro instead.

I believe seagull's experience is unique.

I no longer believe this answer to be correct! (August 2016)

I believe Enterprise editions do not get the 1511 update because of their type - Enterprise is the version you roll out to Employees of a company; you don't want them upgrading their Windows version (and potentially losing compatibility) without your explicit say-so as the administrator.

If you download the 1511 ISO from MSDN and mount it or burn it to a USB stick, you'll be able to run it from the Desktop and install it without losing any files. This, I think, is the only way for Enterprise users to get the update.