I'm working on repurposing old Minitel into a dumb terminal. But I came across a problem with the serial port connection. As I found out, the serial connection from the Minitel to the Raspberry Pi works quite well, but it doesn't work the other way around.

I am using a Bi-Directional Logic Level Converter (3.3V<–>5V) and a program called minicom on my Raspberry Pi console to test the connection. As I found out in the original French documentation the Tx and Rx connection on Minitel works at 300/1200/4800 baud 7 data bits and 1 even parity bit, so I set the Minitel to 4800 baud and minicom serial port is set to 4800 7E1. The serial device is set as /dev/ttyS0 (as I have Raspberry Pi Zero W). It seems like I have Minitel 2 (although mine was used in Ireland with a QWERTY keyboard and English layout).

While troubleshooting I found out which letters (characters) show up correctly/incorrectly. As I've said above, the connection from Minitel (5V) to Raspberry Pi (3.3V) works fine and all characters show up correctly, but when going from Raspberry Pi (3.3V) to Minitel (5V) only some letters show up as they should. Interesting thing is that if a lower case letter shows up correctly, its upper case counterpart is missing and vice-versa. I only tested this with letters. 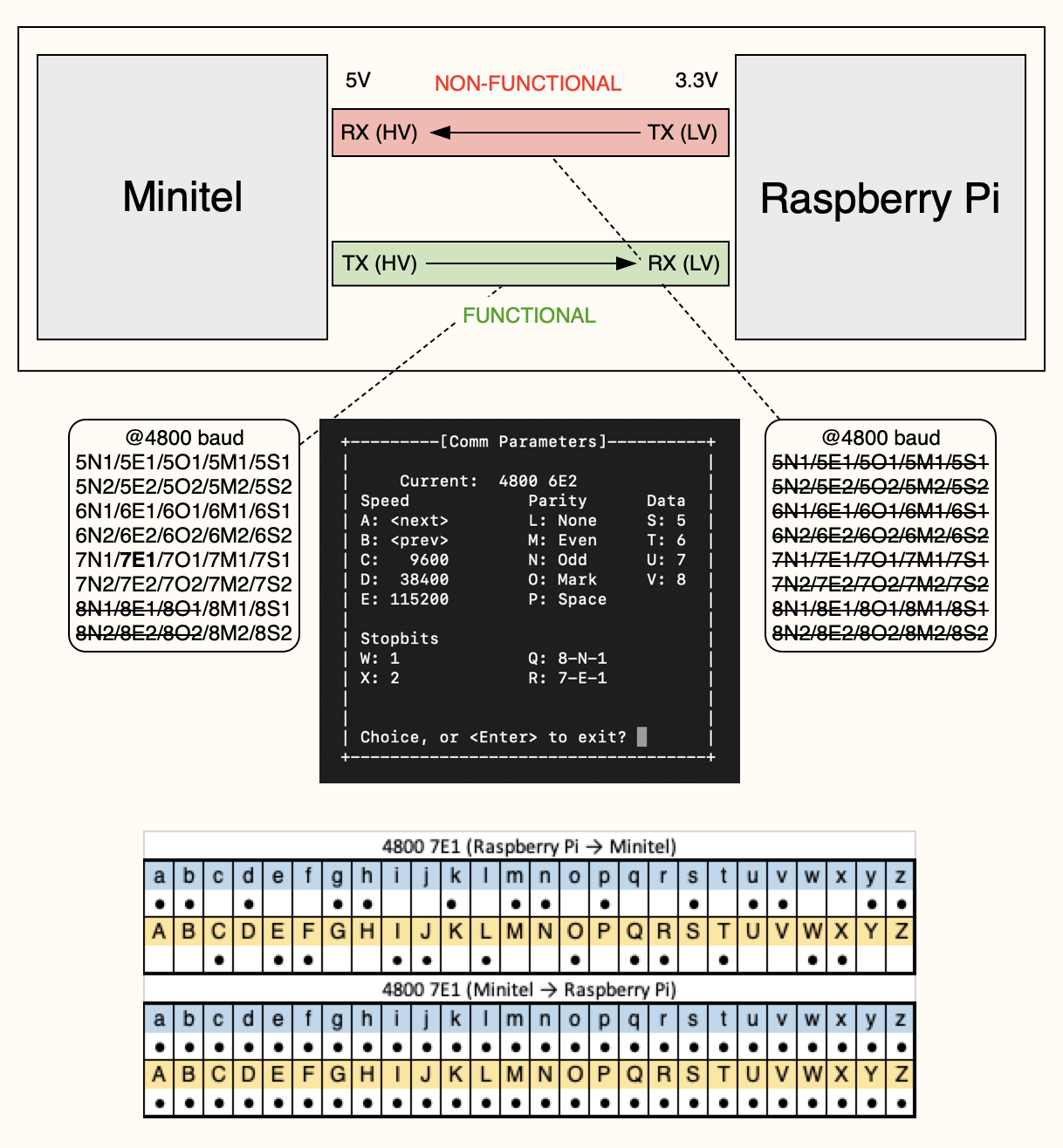 Edit: I must confess that I made a mistake while reading, the h/H aren't an exemption, I misread lower case "h". Plus I am adding a picture of the display displaying "abcdefghijklmnopqrstuvwxyzABCDEFGHIJKLMNOPQRSTUVWXYZ1234567890"