I recently flashed my wireless router with a new firmware to solve an issue I had with the old one. It's a dual band router with 2.4 GHz and 5 GHz. Previously, I was connecting my desktop PC on the 5 GHz band, and there were no performance issues, as long as there were no connection issues with Windows or the router.

But this time around, I decided to connect to the 2.4 GHz band instead, because I would like to preserve the 5 GHz band for media streaming. But since I live in an apartment complex there are many WiFi networks in my surrounding. So I have noticed some performance issues. It becomes very evident when I try to use web services like YouTube where the buffering stops after some time when watching a video, even though the video is only 5 or 10 minutes long and resolution is set to 480p.

I did a quick check with inSSIDer 2.1 and found that my neighbors are all using the 2.4 GHz band. Here are some screenshots.

Some additional screenshots to show the variation:

My WiFi is the dark blue one.

The networks Tele2Gateway, TP-LINK, and Netgear_Privat are so weak that they keep disappearing and reappearing in inSSIDer and they are not even shown in the D-Link driver software of my wireless adapter (DWA-160).

I have changed from 1 to channel 13 now and gained some signal strength. From around 62% in D-Link software to 76% now. But it still overlaps that yellow line (TP-LINK_E450F0). I don't think I can avoid it without going to channel 14, which I don't have. 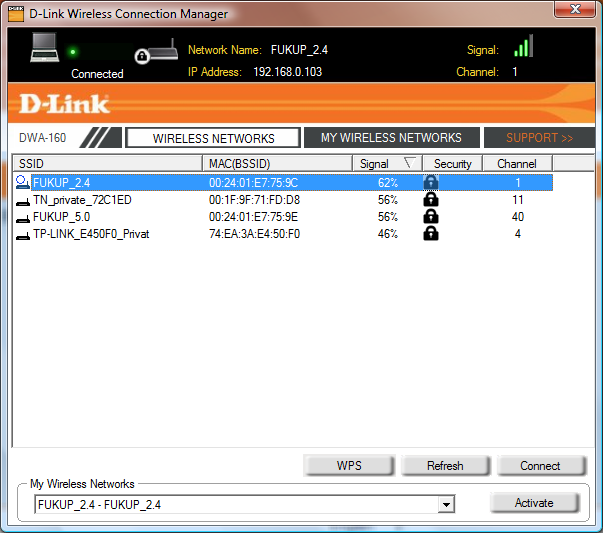 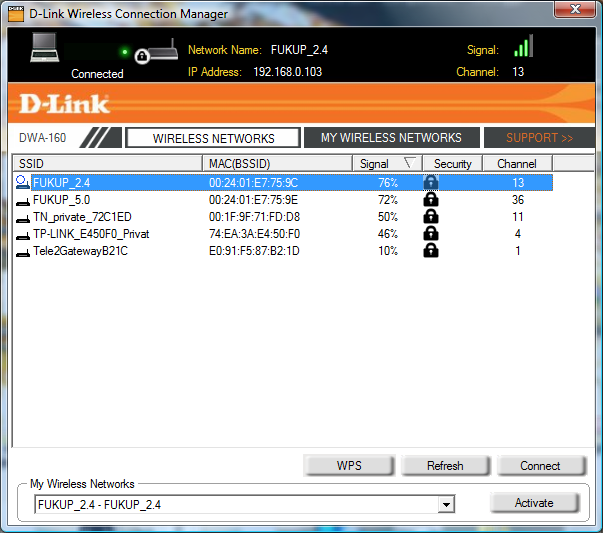 (The Tele2Gateway was caught on this screenshot, and is said to be 10% of full signal strength.)