Lately I have been experiencing a weird issue. My PC will hang for a second and then BSOD – it stays there, so I have to reboot. Once Windows starts again and I'm logged in, after 1-10min it freezes again, this time without BSOD.

I contacted my PC provider, who told me my graphics-card might be flawed (Quadro 4000), so I used a Quadro 2000 that they lend me. The issue still occurred.

The issue now seemed to belong to a flawed RAM module. Following my provider's steps, I removed all but the first from the left column and kept using my PC for a week or so without any issues. I then added the bottom-right module, and so on, until all modules were back inside – I had no problems. Now it seemed that a simple take-out-put-back-in of the RAM modules had fixed the issue. However, after a few months, the issue was back.

I redid all the RAM-swapping I had done before, and concluded that the lower-right module was flawed. My provider changed it for another, and everything was great until now. My PC froze again for barely a second, hanged on a BSOD, I rebooted it, logged-in to Windows to get a freeze (without BSOD or reboot) 40 seconds later.

Something worth noting, is that every time I reboot after the BSOD, it is something within Chrome that freezes my PC (e.g. this time I clicked the "restore" button as Chrome mentioned it had exited unexpectedly – from the previous freeze obviously – and it instantly froze). Finally, the Event Viewer lists 2 critical events in the past hour as "ID: 41, Type: Kernel-Power".

I would like to thank anybody in advance for your help. You're great.

UPDATE 1: I realized that I did not mention an awkward fact about this issue. After I have gotten the 1-sec freeze followed by a BSOD, after I rebooted because the BSOD hanged, and after I logged back in to get another (this time, eternal) freeze and rebooted once again, the PC does not boot back up. The power-light is on, but my monitor says "no signal", as if the PC wouldn't really be turned on. This truly seems a like a power-related issue, doesn't it?

UPDATE 2: I just got a freeze, but without BSOD. My screen froze (while on Chrome, which is starting to seem suspicious to me) with an ongoing sound/noise. I had to force-reboot my PC. I would say this is a graphics-card issue, but this issue also happened when I was using the Quadro 2000 from my provider.

UPDATE 3: I just got a BSOD while trying to render something (quite heavy, actually) in 3ds Max 2012. I left the BSOD "running", as it said it was writing dump files to disk. However, the percentage number stayed at 0, so after 15 minutes I force-rebooted. I then used the software WhoCrashed (thank you Dave) which reported the following from the C:\Windows\Memory.dmp file:

UPDATE 4: It seems very obvious to me now, that the system crashes when I put it under stress. I tried rendering a heavy 3ds Max scene to get a BSOD after 2-3 minutes.

My suggestion is to get who's crashed (Google it) and then see what that reports.

Based upon your update, you need to log on and view Event Manager; Windows Logs; System. Look for both errors and warnings but hopefully it will let you know which component is failing.

My guess is CPU (this can happen if you're over clocking which if you are, I suggest you stop).

Sometimes it can also be due to a RAID configuration so ensure your RAID is up to date (if using).

Either way, this error of 0x124 typically is some type of hard ware - if you can't get onto your machine, then remove all hardware where possible (eg no DVD/CD, 1 hard drive, 1 CPU, 1 ram chip only). Getting to the event log is your best bet at working out what went wrong.

You can see more details about your error here (and WHEA error in general). 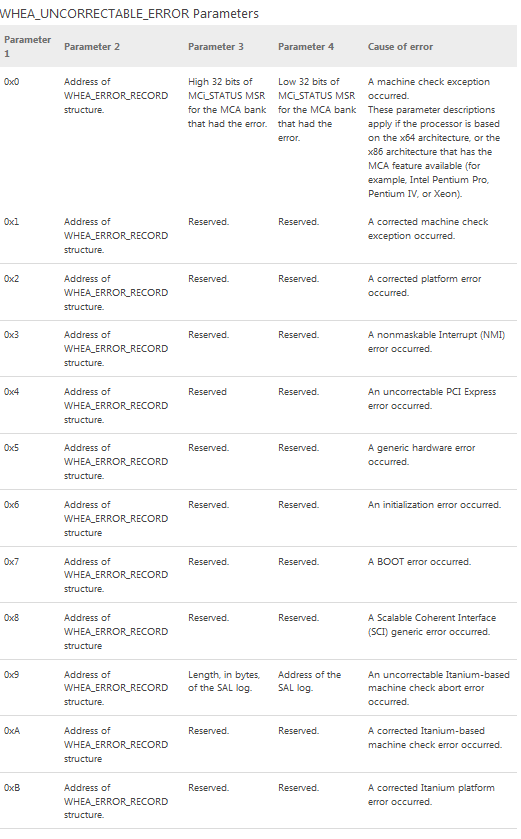