This will look very similar to this question: Is it possible to recover a computer from a failed BIOS update?

Someone posted an answer just as I suspected — that it was indeed possible to connect directly to the BIOS and flash it from another computer.

I currently have a Compaq Presario SR1834NX with an ASUS A8AE-LE motherboard. It was handed to me by my brother's in-law. After all my messing around, I determined a corrupted BIOS. Running on its bare essentials (Memory, CPU, Integrated Video) it still hangs at the Compaq splash screen. It just seems to freeze and the keyboard does nothing. I tested the RAM and used a known good PSU. All that remains is the motherboard.

I looked at this motherboard for a similar sight. This is what I found (where it says COM1). Perhaps this is the connection I need to flash the BIOS? 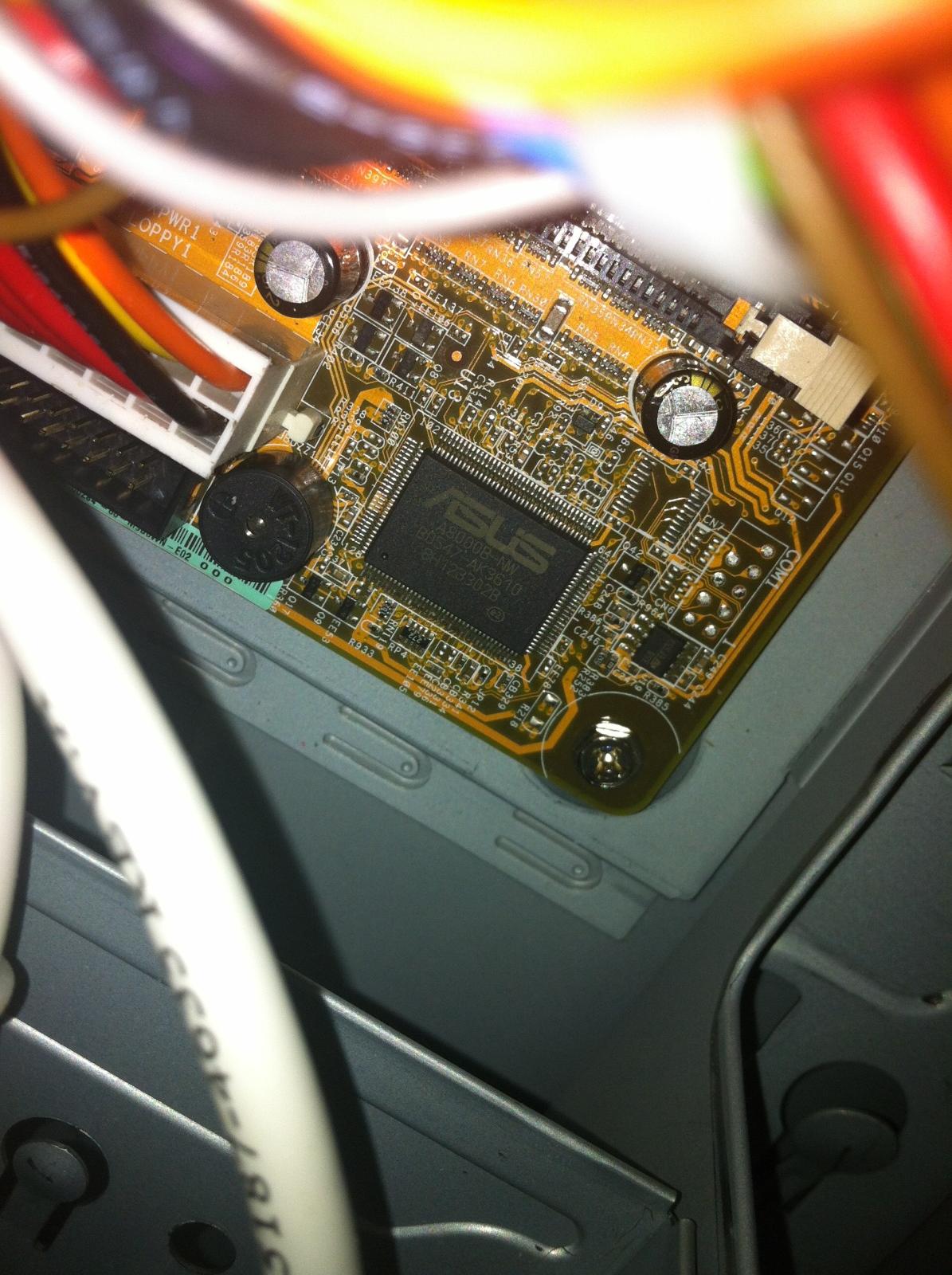 I assume I use a similar cable as the previous superuser answer. I just need guidance on how to wire/which wires are the correct ones.

Oh and before, I already tried recovery methods (putting the ROM on a floppy did not work, and hot flashing is not an option). Simply put, this is pretty much my last option. It's not a huge deal I save this computer. Now it's more of a personal challenge to fix it. That's my primary driving force.

COM1 is the first serial port, and does not help here. You would need to connect directly to the pins on the flash memory IC package, and possibly electrically isolate it from the rest of the motherboard in order to prevent the motherboard from being damaged.