Me and my friend have both two exact the same laptops, bought from the same shop at the same day and I decided one day to go wireless because I forgot my ethernet cable to the LAN party (with a few other laptops but this question will be specifically about these two laptops).

I downloaded connectify, a tool which utilizes the windows netsh features to create a Wireless Accesspoint from my laptop.

I also tried following this tutorial but the results were exactly the same.

Also, please note: the laptops aren't even 1 meter from each other and no other devices were connected to the network access point.

Edit2:
My friend came over with his laptop and I took a screen of my laptop stuff: 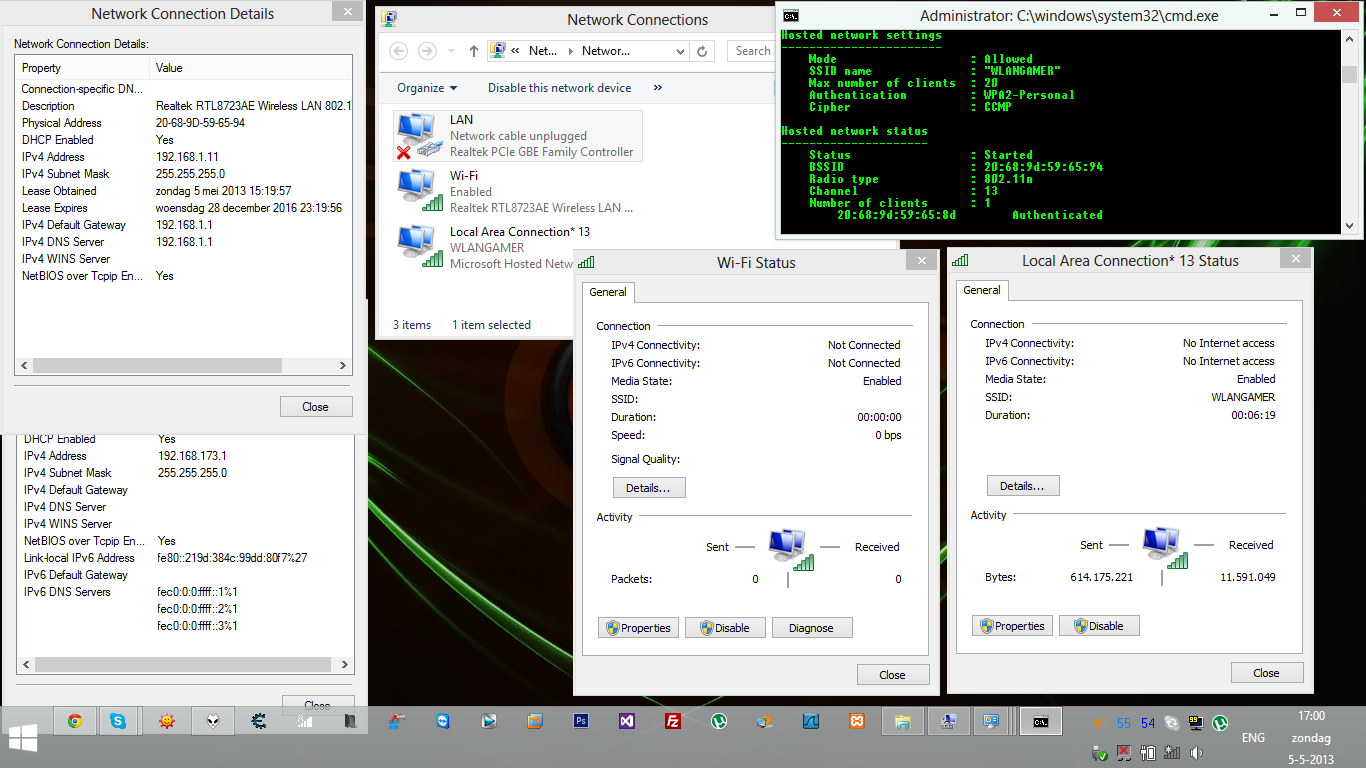 And suprisingly, a screenshot from my friends laptop: 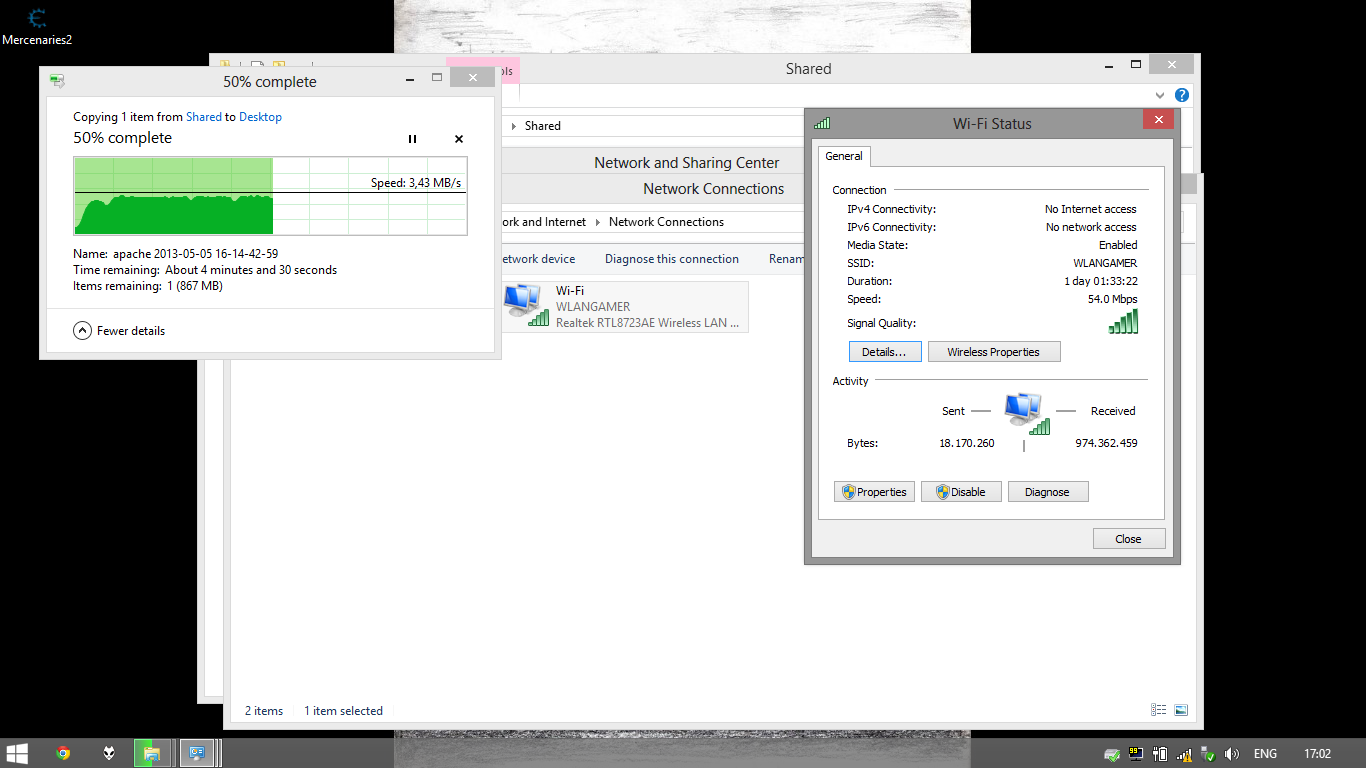 The speed stated is 54Mbps (we achieve ~28 Mbps in the screenshot), however in our driver configuration we have both 20/40mhz bands enabled and n mode too.. I cannot think of a reason why the network would choose the slower variants.

Is there a way to fix this?