I have two SSD disks of 256GB and I want to create a single spanning volume of 512GB. I am using Windows 10. What I want to know is how will Windows handle this under the hood.

Will the first disk fill up before the second one starts being used, or will Windows use both disks. For example, if I have 256GB of data on the spanning volume, will it be divided to 128GB on first and 128GB on second physical disk or will it all be on the first disk with the second disk empty? Would this behavior be any different if I were using two HDDs?

Depending on how you decide to configure Windows Storage Spaces, you can either stripe data across all devices in the pool, or use standard mirroring, or even RAID 3.

See this site for details. 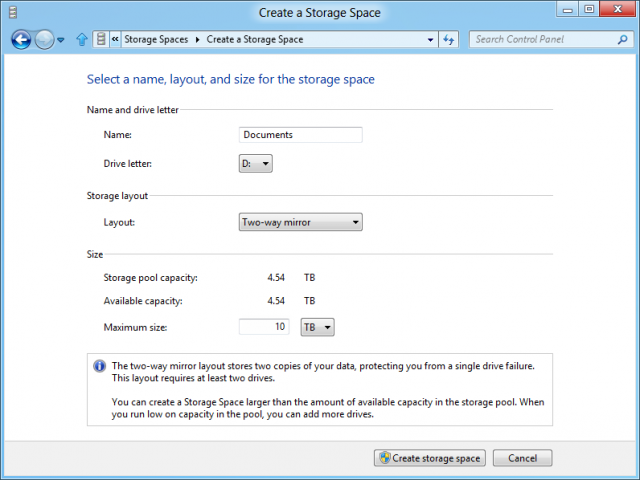