I've placed the fan so it sucks the air out of the heatsink and blows it towards the rear fan. However, on several review sites, I've seen the fan face the opposite direction (and quite a lot of googled images): 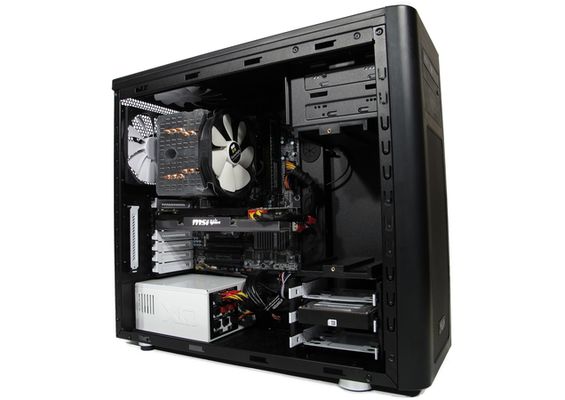 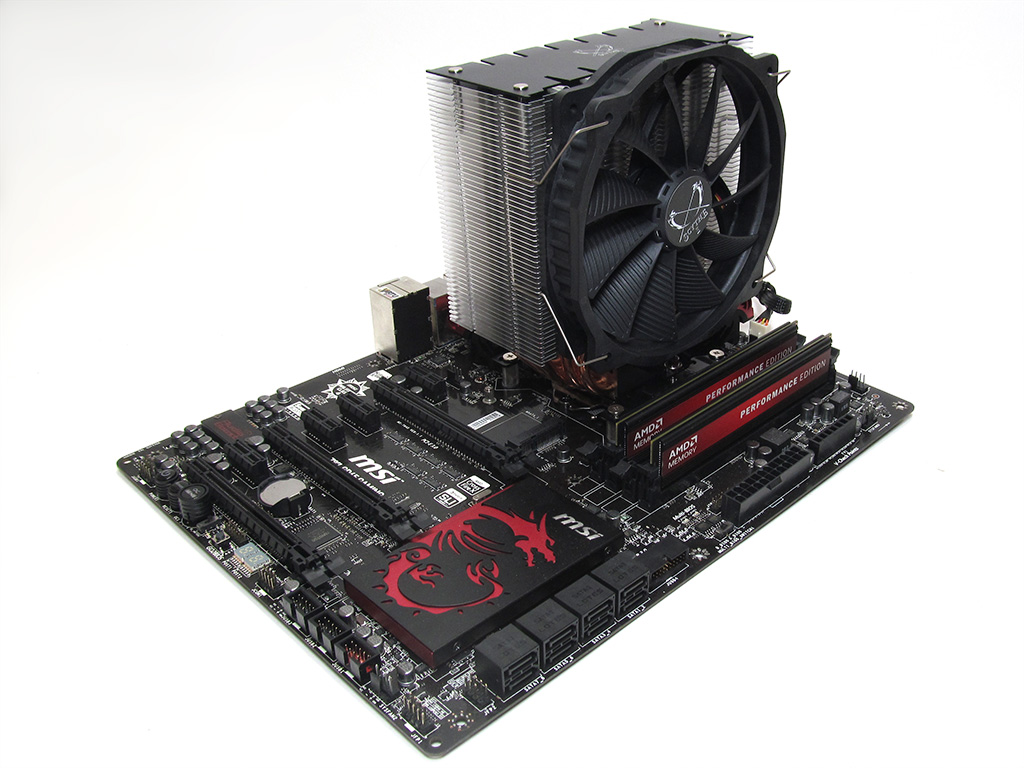 The fan in the second image (same heatsink, same fan) blows towards the front of the case,
so it goes:

Why is that so? From what I have read about the airflow, the goal is to redirect air towards the rear and the top. So why don't I simply direct it towards the rear fan instead of pushing it back to the front?

If I place my fan like this, will it improve airflow?

Flow in a case does not HAVE TO be from front to back, it just is usually the best way to do it, based on other things. Front fan already installed flowing in, PSU fans blowing out.
There are other good reasons to flow from front to back, like the hard drives and ram do not get heated by the cpu and gpu.

There are people who have chosen to have the hot air blow forward in a case, because they like the heat to land there (warmth), They had cooler air behind the case, or they just wanted to be different. Some flow designs have exhaust out the top, they may choose to send the cpu heat more foreward to be pulled out by top fans.

If your case flows the heat from front to back , then the heat leaving your CPU should probably also flow out the back.
Because you have some lightweight vaccume pressure from the back case fan pulling heat through the cpu heatsink, you might instead put the fan on the other side and have it blow direct on the heatsink and again out the back.

When testing (more than once) sucking vrses blowing, all the tests I have ever done show that it is better to blow, to force air into a heatsink , as opposed to sucking it out of it. It should have depended on the actual air movement which on a lot of fans is not center at all, the hub is in the way , and much of the movement of air is at the ends of the fins. I would test it again, but without testing, I would always pick blowing Into the heatsink.
The only time I got any improvement with the fan on the other side pulling air through, was when the same fan was ducted direct to the outside of the case, so the heat from the cpu was direct to the outside via that fan. By the heat going direct out, the rest of the case was cooler, even though the cpu itself was a bit hotter.

From what your saying your flow arrangement isnt to the front, so like you I do not see any reason to send it towards the front, to just fight the flow and eventually head to the back anyway, turbulance has value :-) but exhausting the worst heat most directally out of the case is going to make the whole case cooler.