Yesterday Windows Update offered the Windows 10 1511 update. Immediately after downloading was complete, it showed a message that the update failed, along with a Retry button. Pressing the Retry button simply checked for updates again, and told me that no updates are available. Since then the update is never offered again.

What can I do to get Windows Update to offer the update again?

Note: I forgot to remove an SD card from the computer before starting the update. I guess this may have caused the problem, as some websites mention that it should be removed.

If you have encountered this error: 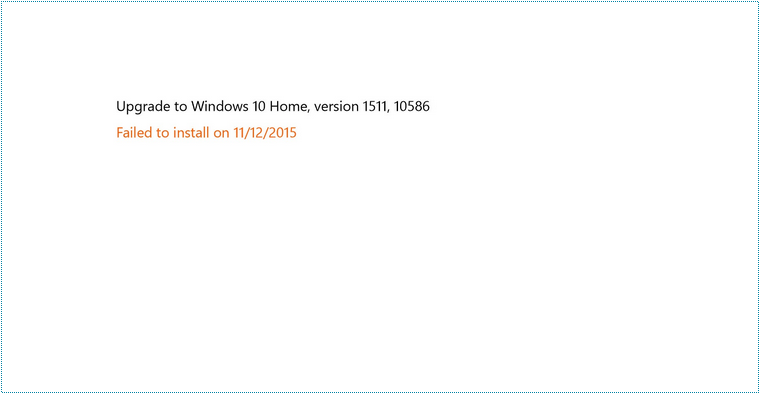 You basically have two options:

1. Create an installation disk by using the Media Creation Tool.

3. You can also download the Version 1511 .ISO from the Download Windows 10 Disc Image (ISO File) website, create your own installation media, and install it that way. As of July 29th 2016, the only Windows 10 version .ISO that can be download is Version 1607

4. If you were using Windows 10 Enterprise the update can be downloaded from the Volume Licensing Service Center.

I have verified either option works. You can also wait a few days and a second check will automatically be performed. All of these options as of 11/30/2015 once again can be used.

For the purposes of an archive the 1511 Media Creation Tool is here.