I am trying to install the latest Windows update

… and I am stuck in an endless Retry loop. 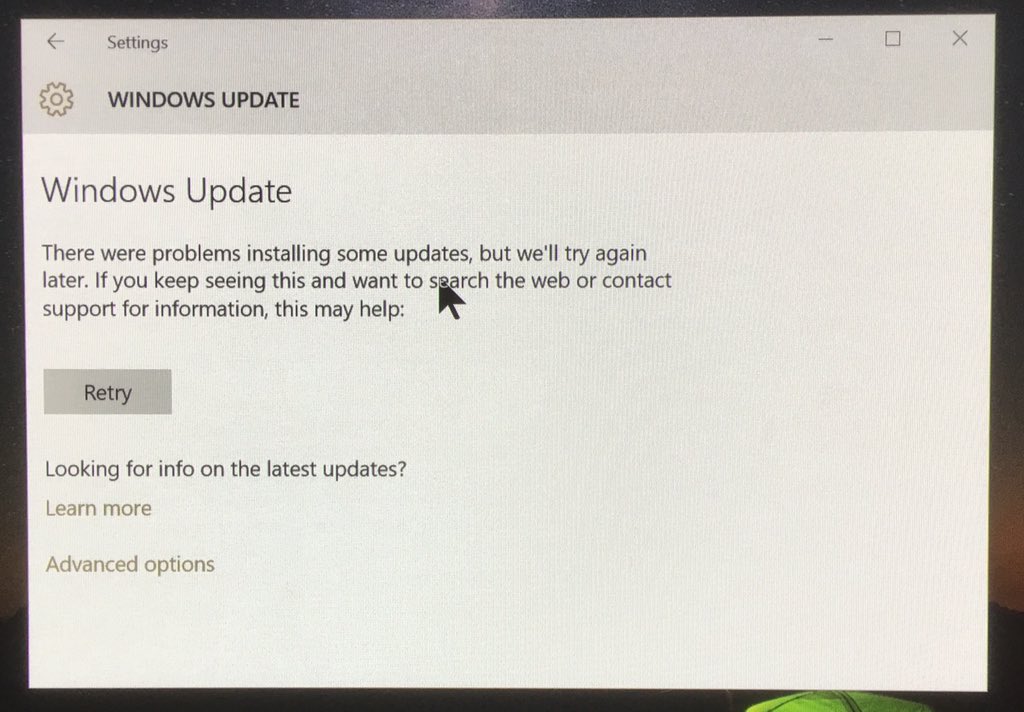 Every time it tries to install this update, it fails with this message:

There were problems installing some updates, but we'll try again later. If you keep seeing this and want to search the web or contact support for information, this may help:

I've rebooted and retried a bunch of times and get the same exact result over and over, stuck on Retry: 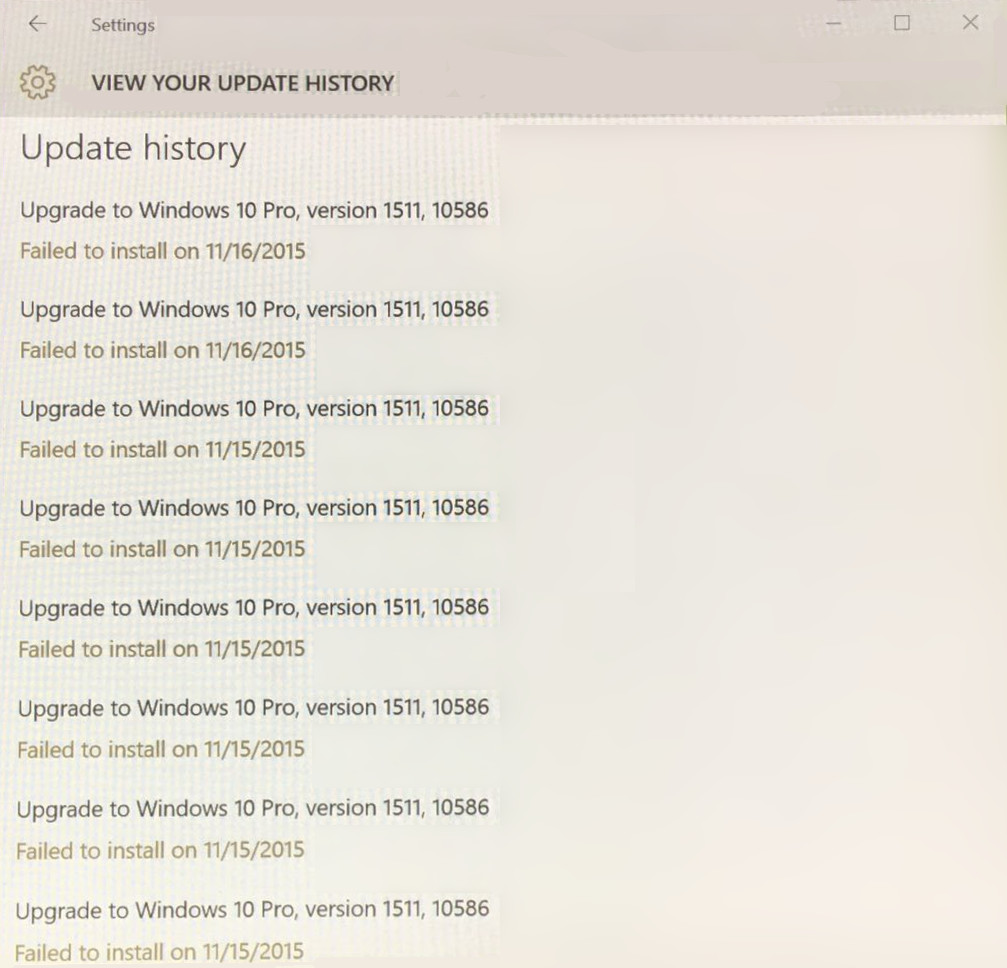 I have no idea what to try, or even how to get out of this endless update "problems installing some updates, but we'll try again later" retry loop. Suggestions welcome!

Disk partitions look like this, which I suspect may be the problem somehow:

Updates based on the answers and comments:

Update! 11-28-2015! After grabbing the, uh, "fixed" version of this update, it did finally install fine on this machine. There was a little weirdness where I had to reboot it in the middle, but otherwise it definitely worked, 10586 is installed now.

I will hopefully be able to provide an answer with the full set of troubleshooting from someone at Microsoft who helpfully assisted me in case anyone else runs into this.

I had something similar. Eventually it told me that it needed 10GB of free space on C: (not Pro version)