I'm having some issue where when I run bootsect with a command line of "bootsect.exe /nt52 : /force /mbr", then Windows 7 (the comp I'm running bootsect on) can no longer view the contents of the usb drive.

Explorer tries to look at it, and then fails, and I can't even correctly eject the drive, when I try, it does nothing until I yank it out, and then I get some errors.

Bootsect reports success on writing the volume and the drive data to make it bootable, but it doesn't boot after copying on the necessary files (files from a created ISO, it works when it is created on XP). But this may be that I'm not following the same instructions as when building it on XP since some of the command don't seem to always work correctly.

The drive is formatted to FAT32 (necessary I think, cause I'm installing a custom version of Win XP embedded).

Any ideas? Or perhaps a good or automated way to load a usb with a custom version of win xp and make it bootable from Win 7? I am having some issues, for instance, "ufdprep.exe" rarely works when I'm running it from Windows 7, I don't know why.

Use WinToFlash to make a bootable USB disk and this tool to format the USB drive itself.

Check this link for a step-by-step process to create a bootable pendrive to install an OS: http://benchmark3d.com/create-a-bootable-usb-disk-using-win2flash

I have installed Windows 7 using this process many times when my DVD drive had stopped working. The good thing is that it's free to use. 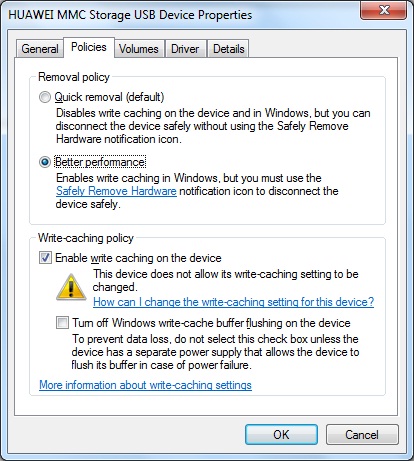