I'm unable to stream content to my TV anymore from Windows Media Player. It worked fine until about a month and a half ago. The only thing I can think that I did was I turned some Windows features off in the Control Panel.

In Windows Media Player, I go to the Stream drop down menu located at the top, click on Turn on media streaming…, takes me to the Network and Sharing Center located in the Control Panel, and then fails to turn media streaming on. Then when it fails, there's a link to Windows Services. I scroll down and find WMPNetworkSvc, try to turn it on, and then I receive the Error 1075.

I've tried turning off Media Player in Windows features, rebooting, then turning it back on. I've also tried turning off every Windows feature, and then turning all the ones I use, back on. I've troubleshooted on Google, but all of the fixes were for Windows Vista or earlier. There was another solution I found, but it required deleting a registry file and I don't want to mess with my registry unless I'm assured it works. 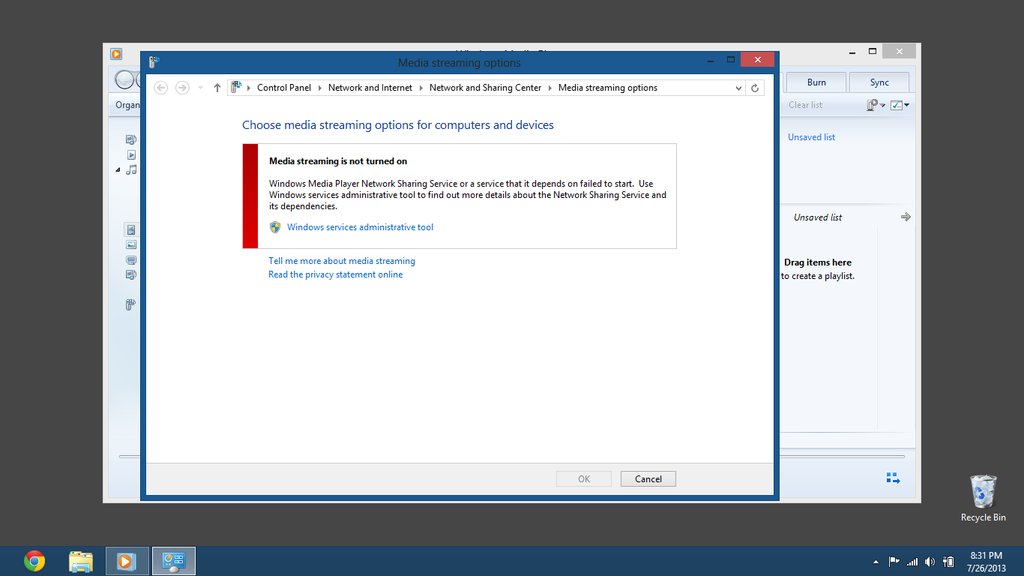 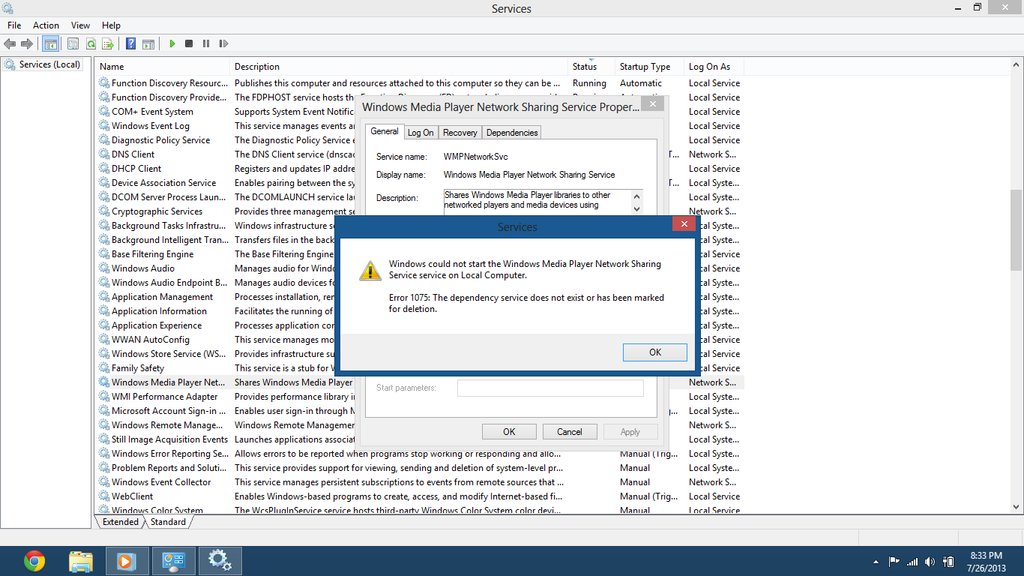 Update: I'm running a sfc /scannow in cmd (administrator mode), and I'll see if this fixes the missing dependency or service.

Update: No, sfc /scannow didn't do anything.

Error 1075 may imply that one of the services it depends on doesn't exist.

You can see which services it depends on by running sc qc ServiceName from a Command Prompt (sc.exe if from PowerShell) - adjusting the service name if yours is something different - and checking the DEPENDENCIES section.

The Event Logs may also tell you which service is failing, in Windows Logs -> System, under Event ID 7003.

https://serverfault.com/q/24821/236916 gives a couple of methods for changing dependencies for a service - you can do it with sc by running something like sc config ServiceName depend=All/The/Existing/Dependencies/Except/The/One/You/Want/To/Remove from an Elevated Command Prompt.

It's probably worth saying though, that this won't address the underlying question of why that service ceased to exist.