How can I increase the maximum number of items that appear on a Windows 10 jump list, and is there any way to set separate maximums for recent and pinned items?

I use Remote Desktop to connect to multiple different machines. On Windows 7, once I had connected to a machine, it appeared in the jump list for the Remote Desktop. I could then pin it, and I had many of them pinned. You can adjust the maximum number of entries in the jump list, both for recent items and for pinned items.

In Windows 10, although you can pin items, the maximum number of items on the list is a combined maximum, not separate maximums for recent items and pinned items. This means that the more items I pin, the fewer recent items I see. In Windows 7, pinning items did not reduce the number of recent items.

The setting for this that existed in Windows 7 (see How can I increase the size of the pinned jump list in Windows 7?) has either been removed from Windows 10 or relocated somewhere else. 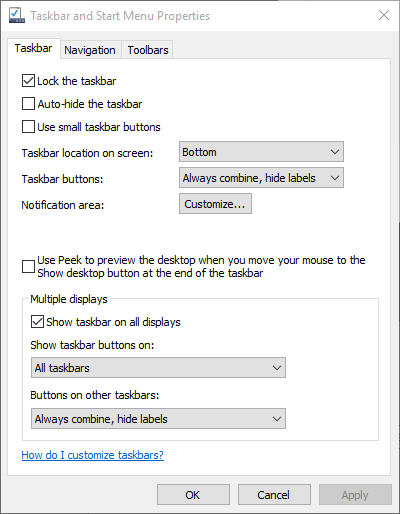 The fix: (guide with screenshots)

When I did above, no restart was required. Some claims you need to reboot to ensure it's working, but never experienced a reboot was required.

I personally prefer 19 as value (my FullHD screen will add scroll for higher number). Default value is 10.