I ran a game I hadn't ran in some time, and it popped up with a firewall rule request. I thought it was odd as I knew one should have already been present.

I examined the rule and the path to the exe was not correct. It should have been S:\path\to\exe and instead displayed as E:6\path\to\exe

absurd, i'd never seen anything like it so i changed it manually. Next startup, it prompted me again and recreated the rule i'd modified, wonky path n all.

So i begun digging. In event viewer was "Disk 12 has the same disk identifiers as one or more disks connected to the system. Go to Microsoft's support website (http://support.microsoft.com) and search for KB2983588 to resolve the issue."

Turns out disk 12 was the problem drive. (after more scrolling turns out it was all my external drives)

I checked all the guid's with diskpart and they were all unique. However upon running Get-PhysicalDisk | select-object FriendlyName,UniqueIdFormat,SerialNumber,UniqueId I was presented with the following. 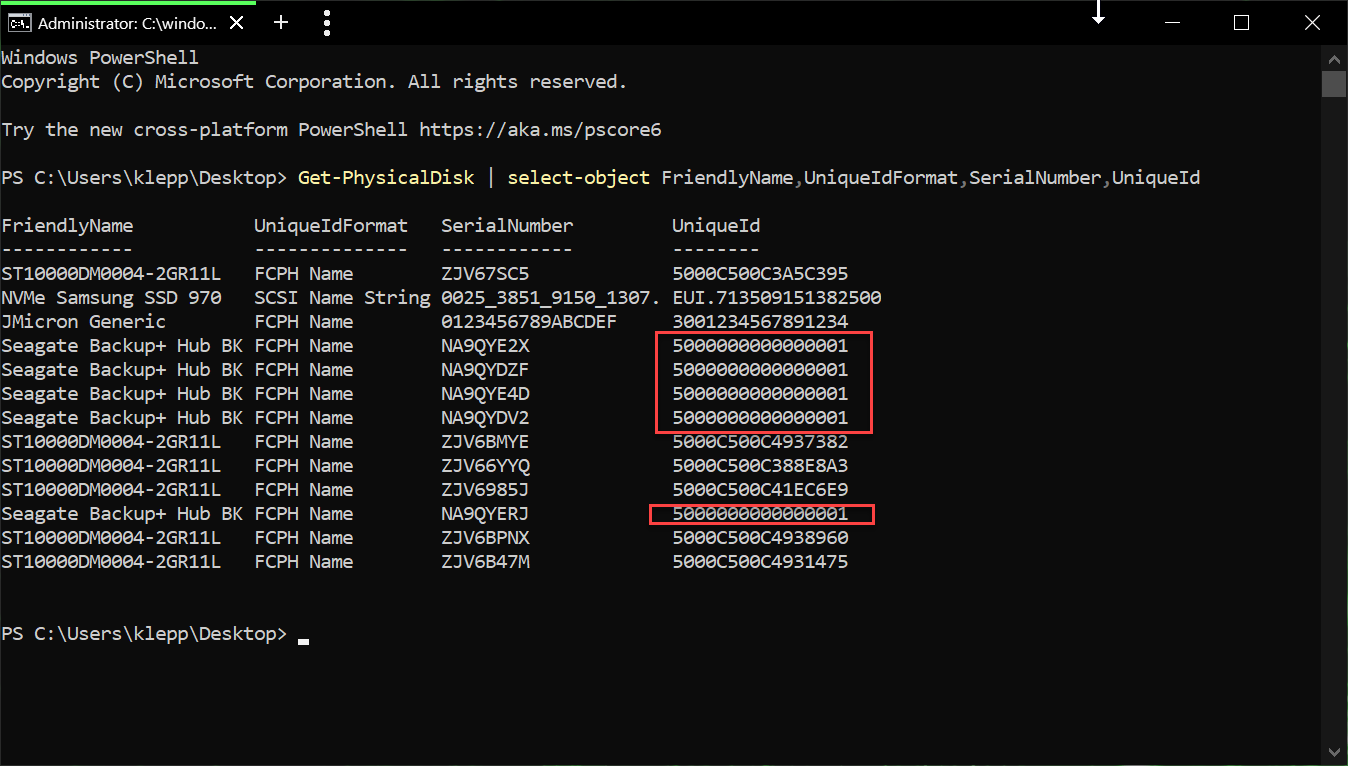 I can only assume that those UniqueId's are the issue, and are whats effecting the path's being all weird in windows firewall.

Does a means exist to fix this? Aside from the windows firewall path's becoming undiscernable, I'm concerned about other repercussions. Elsewhere notes that this will also effect storage spaces functionality.

If each disk has its own disk number, you can change uniqueid.

But I did not test safety.. Sorry, do with your own risk..