yesterday I was playing on my Win 7 laptop when suddenly my screen went into this colorful faulty state, something of this 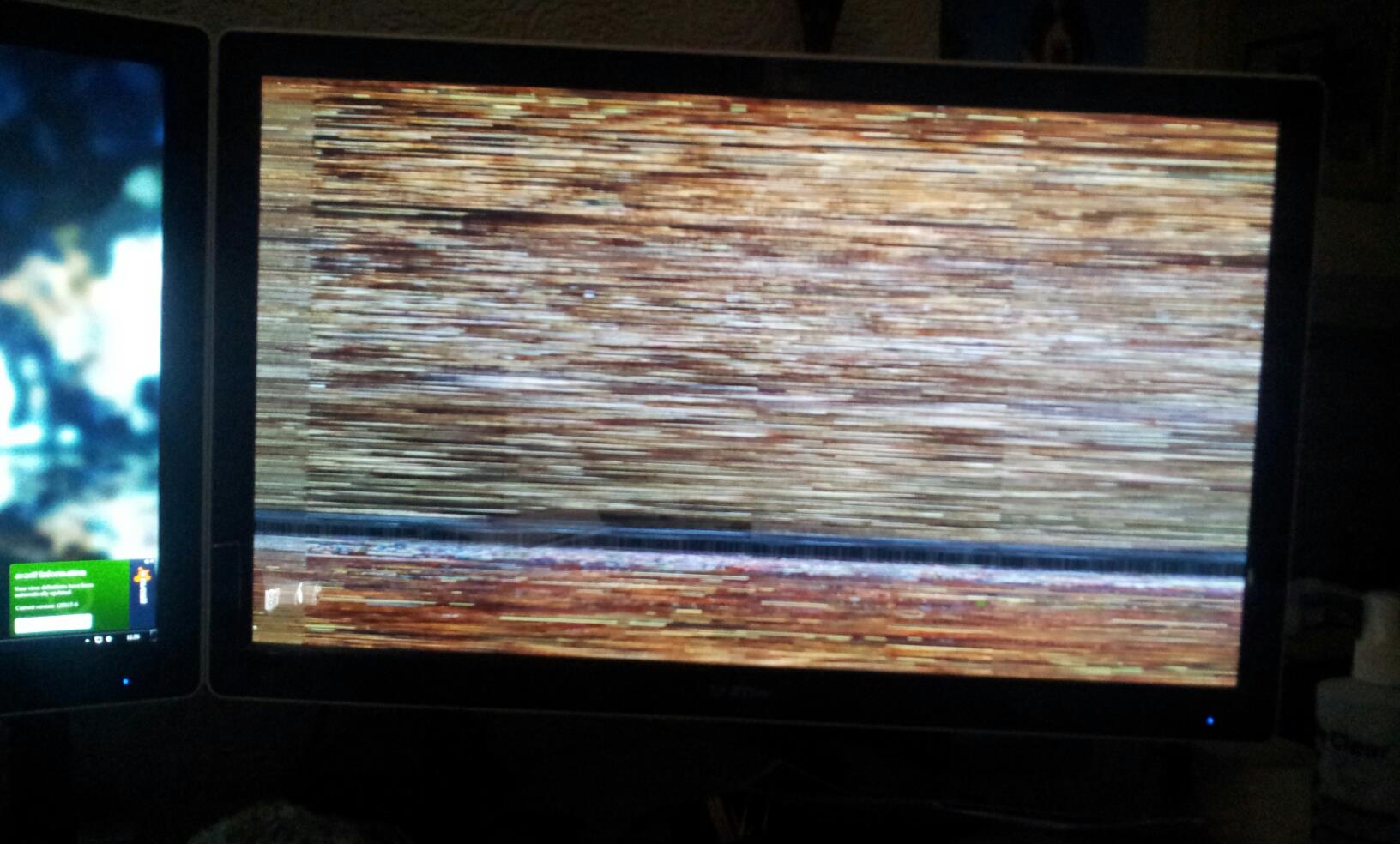 , though not exactly. And a second after my laptop died starting itself up again with black screen.

Now here's what happens when I try to start it up:

NOTE: Even if I try to hold the power button to turn it off, it will start itself up again, unless I take battery out and remove power cord.

(I don't get any beeps or anything so I assume I either don't get into or past POST?)

I had similar problem some time back, but the guy that fixed it for me didn't really go into detail as to what was wrong or how did he fix it. All that he told my mom (who picked it up from him) was that there was a virus and something with the HDD. But he fixed it without changing any of the components.

Is it possible that it's the same cause again? Though it seems to me like it would be a mad coincidence to be or some software that I used both now and then that caused it…

EDIT: Can anyone relate or know what I could do to fix it?

UPDATE: So I've tried removing major components and checking other stuff in the process, with the help of someone a bit more competent to do it than myself. It seems that none of those components are the problem and the guy that's more knowledgeable about that than me thinks, that it's probably the mbd – more specifically the BIOS chip.

UPDATE: I removed my HDD and connected it to our desktop PC, wanting to save my data. Interestingly enough, when I try to boot the PC will let me choose between booting normally or going into the System repair/recovery mode (sorry my PC is in different language, so I hope this is the correct name for the tool) – if I choose that though, the PC will probably fail to enter it and goes back to that menu. If I try to boot normally PC will go into the 'Starting Windows' stage and then reboot. Coincidence? Or is my BIOS just wrongly configured? It seems to recognize my HDD though..

UPDATE (15/7): Curious thing happened. I disassemled my laptop and put it back together after cleaning it up a bit and now when I turn it on, it doesn't reboot – though my monitor is still black (I only tried it without HDD inside so far). Inside I also found the screen cable to be in… questionable state. Can't tell if downright faulty but it didn't look exactly a-ok. But if the cable is the cause, isn't it strange that it stopped working all of sudden and likely from several different causes?

When you say "monitor remains blank", do you mean it's hooked up to an external monitor or are you referring to the laptop screen?

Sudden issues like that are normally driver related, we recently installed wifi cards in a bunch of computers and once the driver was installed the screen would show "rainbow colours" similiar to the screenshot you attached and reboot.

Have you recently installed anything on the laptop? Were you doing something at the time that triggered it? Does it reboot during the loading phase of Windows or does it not get this far?

Worst case scenario if you're seeing absolutely nothing and it's continually rebooting before even seeing any post screen is your motherboard has given up the ghost but let's do some more diagnosis first.