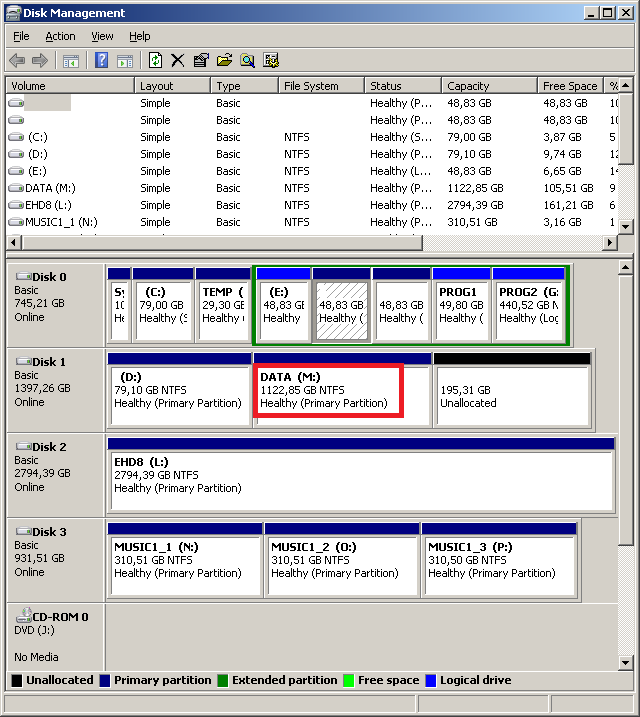 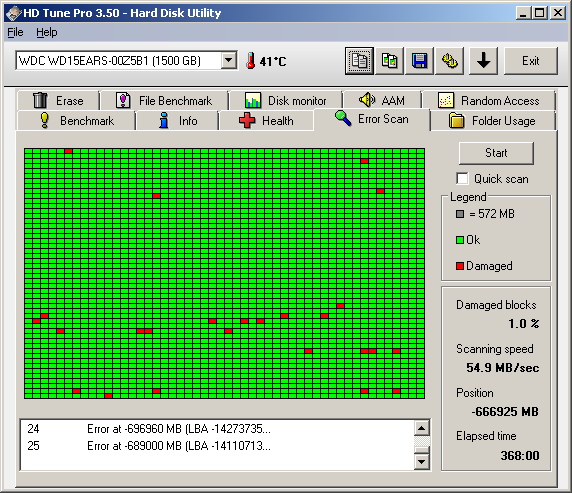 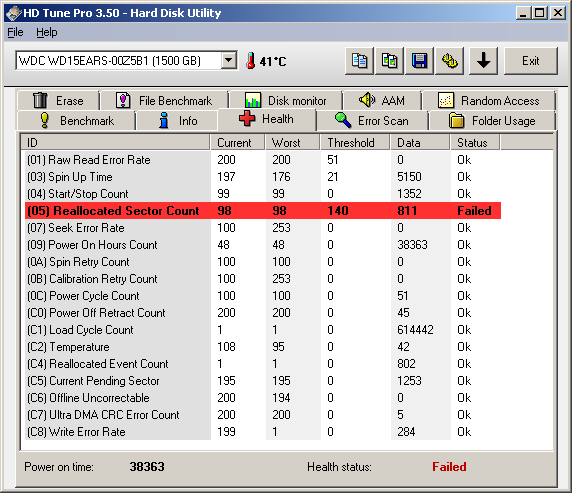 What does "Healthy status" mean in Windows' disk management tool?

I use Windows 7 SP1 x64 Ultimate and all data is backed up.

Couple of things going on.

I haven't really played with Windows dynamic disks a lot, but you won't see status messages other than "Online" and "Healthy" very much unless you are doing things like fault-tolerant volumes. Reference.

All of your disks are basic. So disk errors will not cause the disk to go to "Unreadable" status, unless Windows could not talk to the drive at all but hasn't been told it's been removed, in which case it will go to "Failed" status. But if this disk is your system partition or has your page file, your system will likely freeze or bluescreen first.

I believe the usual situation where you'd see a disk go to "Unreadable" instead of "Healthy" is if it was configured as dynamic and part of a fault-tolerant set. If one of the disks in the set encountered errors on I/O, Windows would mark the disk "Unreadable."

Modern hard drives for a while do sector sparing and transparent remapping. If the drive develops a bad sector, it will internally remap that sector with a spare, and increase the Reallocated Sector Count you are seeing from the SMART data.

A couple of these are no big deal but if many of these develop then you should stop trusting the drive.

Anyway this is done without the OS's knowledge, unless the OS checks SMART data, so these errors don't even make it to Windows.

If the drive has remapped all of its sectors and is getting to the point where it tells the OS about sectors, you REALLY should stop trusting the drive and get your data off of it now. Take a look at your Event Viewer, under Windows Logs, then System, and check for a bunch of "disk" events. If you see these, take action to protect your data now.

I haven't used HD Tune Pro so I don't know if it's looking at some internally available map of sectors or is physically looking at each sector from the OS point of view. It's bad in any case.