I have two text files, which I'm giving download links to rather than a pastebin to preserve their contents precisely:

Both of these text files consist only of spaces, carriage returns, newlines, and the letter X, and they should be ASCII encoded. The only difference between those two files is the second file has leading and trailing blank lines removed, and some leading and trailing spaces on each line removed.

The first file is not causing any problems. For some reason, my text editors are detecting the second file as UTF-8: 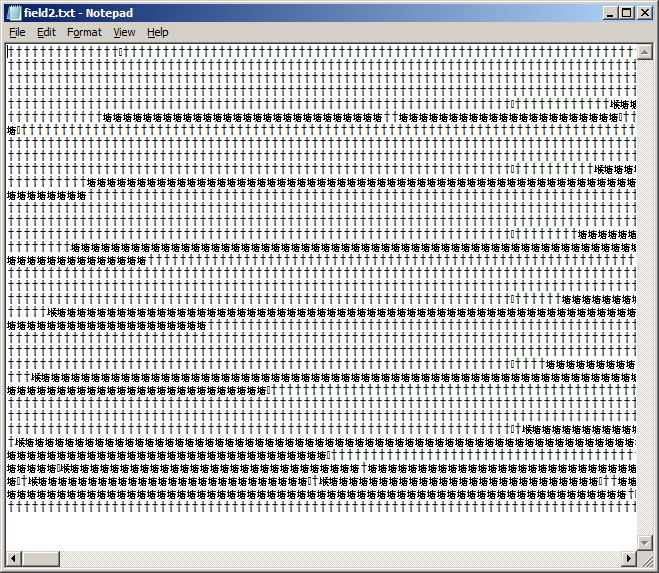 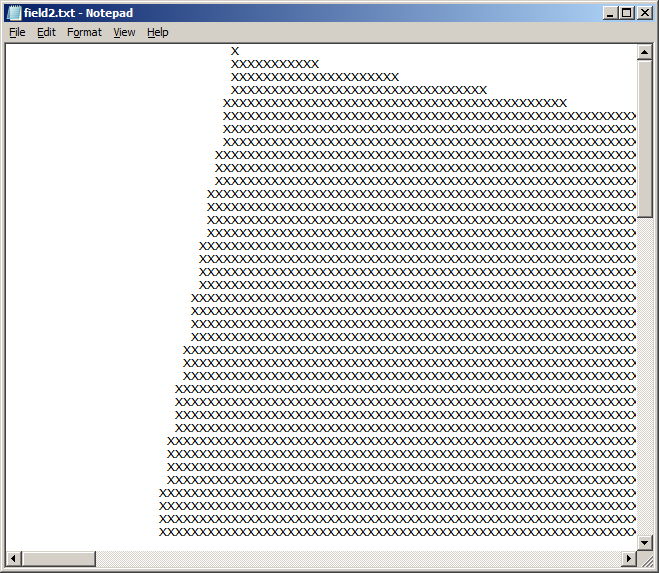 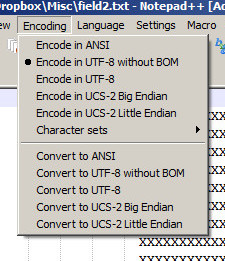 My question is: Why, then, do both Notepad and Notepad++ detect the second file as UTF-8? Given that the file has no BOM header, why is this happening, and what is unique about the second file compared to the first file that is causing this? I can't figure out what's going on.

Both of those files are valid ASCII and UTF-8 as they include only codepoints < 0x7F (to put it differently, no single byte has value greater than 127).

My guess is that Notepad++ and Notepad have different heuristics [if multiple encodings are valid]:

Notepad (Win utility) seems to look at file length - if it is even (as your second file which is 72 320 bytes) than treat it as UTF-16 (native Windows encoding which is mainly 2 bytes [not always, but it was probably carried over from earlier UCS-2 which was always two byte]) and if it is odd (as your first file - 78 045 bytes) treat it as ASCII (single byte).

btw: both files are recognized as utf-8 in Notepad++ on my PC