From time to time, Windows XP (on laptop Dell Latitude D530) goes into strange mode – it writes (or reads?) from disk in 1 sec intervals without apparent reason. It is just short HDD reads/writes, but every second – it is like clock ticking, very well audible. The computer is idle. I have killed Firefox already (because it caused similar problem by constantly writing session data), stopped ESET antivirus. When I look to the task manager and add colums for read/written I/O bytes, no increments are observed. Yet the HDD is being accessed every second, making constant rythmic noise and flashing the LED. I have already disabled the Windows XP indexing service. Sometimes it stops, but later it comes again, without apparent reason.

Do you have any idea what could cause the problem?

Edit: the window of ProcessExplorer as recommended by @kmg90 – it doesn't show the name of the process writting, and also it doesn't show anything in the disk bar (the HDD access was every second but it has not appeared in the running bar). 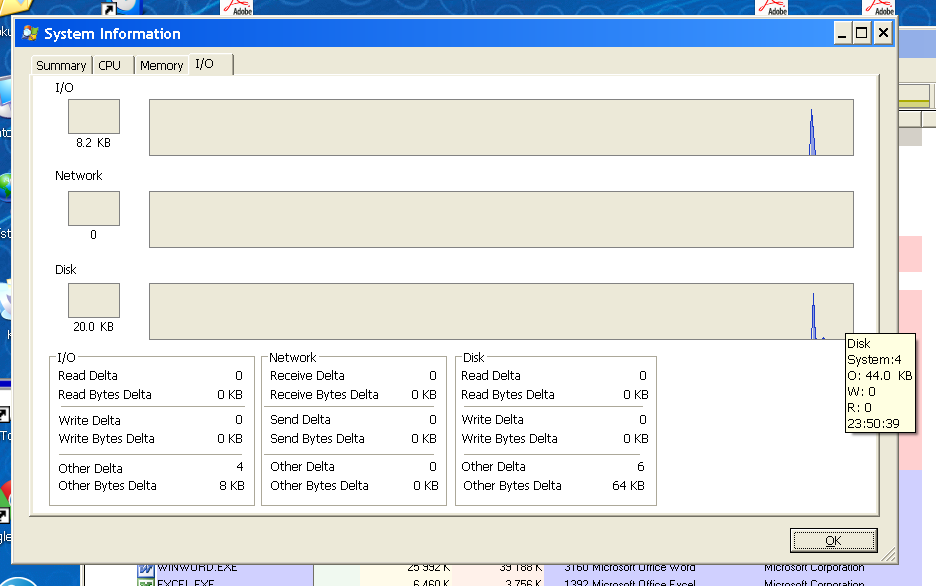 EDIT (as response to all the comments): This issue is not easy to reproduce. It happens unpredictably after computer has been overloaded and it usually looks like Firefox is the guilty one, but it continues even after killing it and many other apps. And there is no way to stop it, only restart the computer. So reply the advices to look if it does in safe mode – it doesn't do it even in normal mode after reboot, before something happens (some overload) and then regardless of what you do it continues to do it on and on. There is no apparent culprit, no process that would have increases in I/O stats.

EDIT: I tried CrystalDiskInfo from the tools recommended by harrymc. I don't understand the output very well. It shows that there are like 100 errors in "read error state" which is over the threshold of 50, but it says that "health status is GOOD". How shall we interpret this? 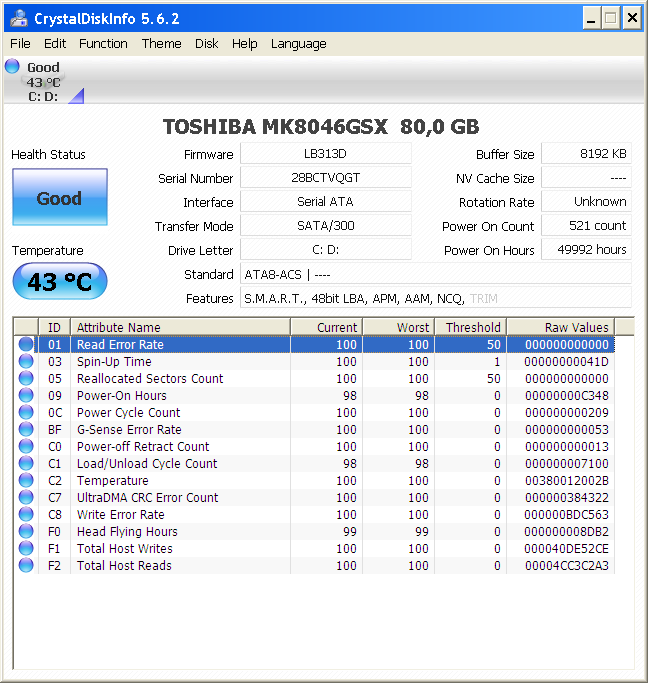 EDIT: Installed SpeedFan, another tool recommended by harrymc, and ran the short test. Shows no errors and maximum Fitness and Performance of the HDD: 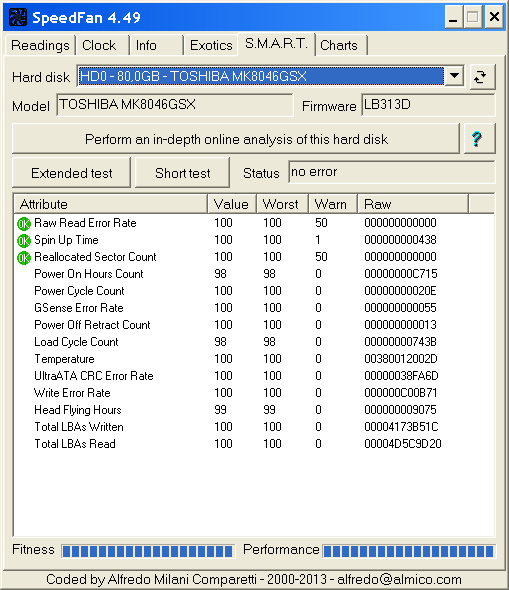 The not so jumpy diagnoses, assuming you have 2+ gigs RAM, is that the OS is simply running basic diagnostic scans for viruses via windows defender, moving fragmented/unused files, garbage collecting unused resources, etc. Just because you're not doing anything does not mean your computer isn't. Typically the computer performs these tasks when the CPU reaches a certain time of day or high enough idle percentage. This makes sense since a user is obviously not using the PC if its idle is at 98%.