Today I came across a very strange message when today i double click the drive WHICH HAS NTFS FORMAT it give me this message THAT AUTHENTICATION IS REQUIRED TO MOUNT A DEVICE I know with root user password u can do this but I have not set the root user password and I don't know the default one.

So can any one tell me how to solve this issue. Graphically and through command Line. 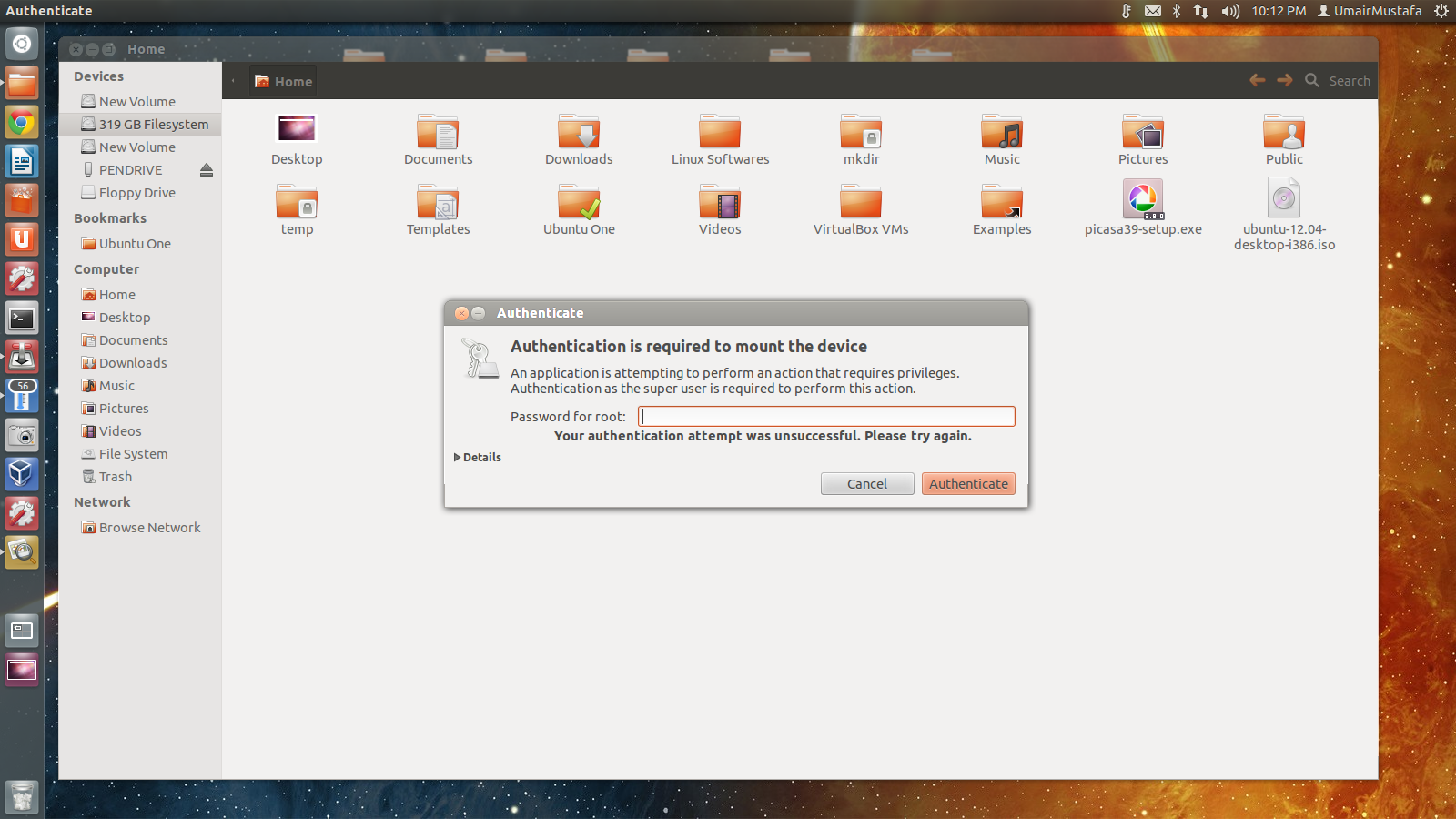 And same thing happen when i tried to install a theme , terminal slapped me with this message " umairmustafa is not in the sudoers file. This incident will be reported."

What on earth is going on.