Trying to set up an initial backup in Ubuntu 18.04 on google drive with a deja-dup installed as follows due to a known authentication error:

The backup fails at the very end with the following error: 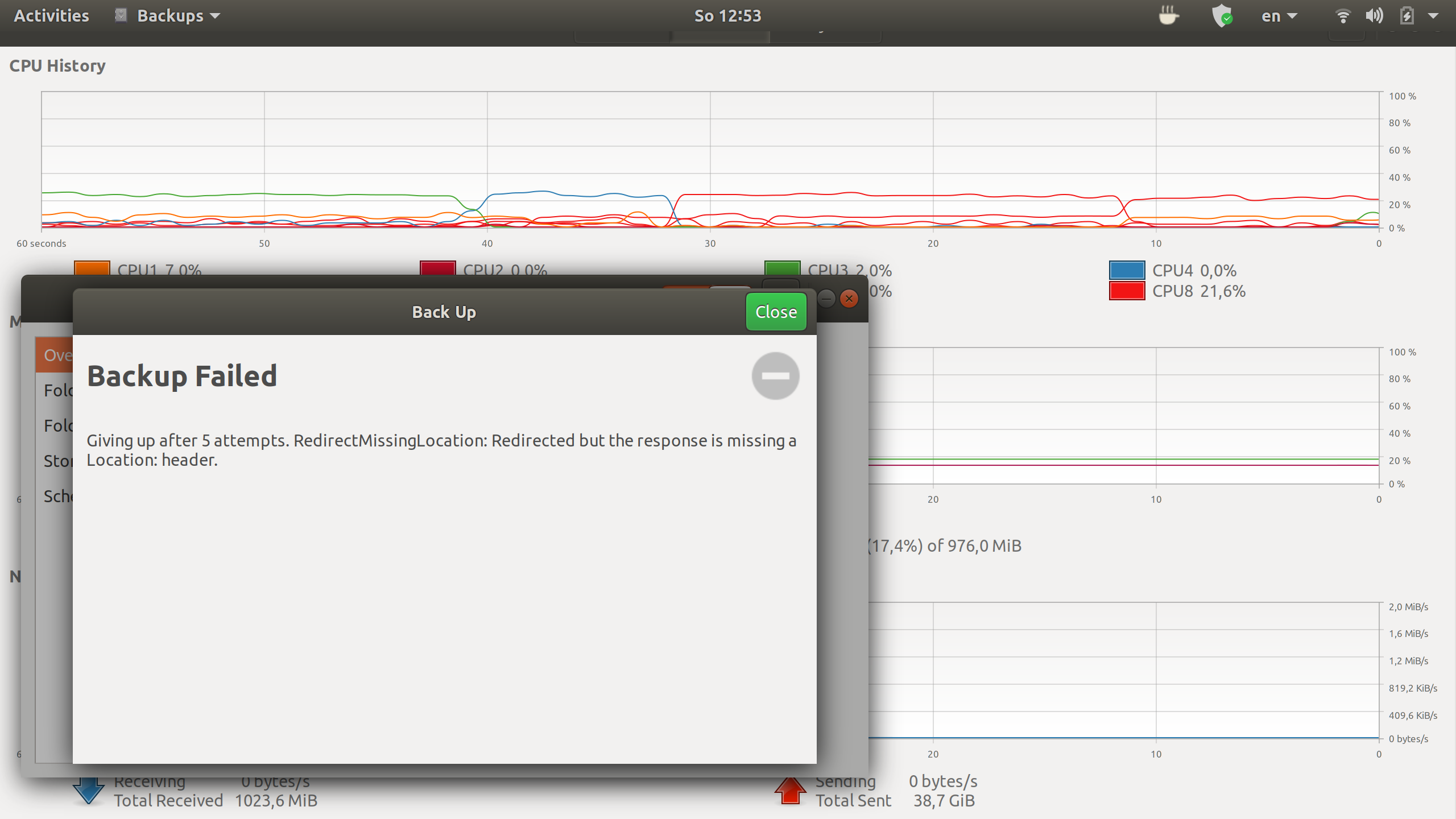 Giving up after 5 attempts. RedirectMissingLocation: Redirected but the response is missing a Location:header

edit: updated httplib2 to 0.17.0 through pip3, but to no avail. Backup still fails at the very end after running for several hours and uploading 80GB onto google drive.

edit2: installed google-auth-httplib2 through pip3 and restarted laptop, but to no avail either.

edit3: installed google-auth-httplib2 through pip and restarted laptop, but again to no avail. Is there a way to check which httlplib2 Backup is using and to get some debug output?