This is about an older computer (Toshiba Satellite M70 that a friend wants to keep afloat) on which (beside Win XP) was installed the Xubuntu 11.10 system that would not work for some reason: now the idea would be to format/repartition the non-windows space and to install Lubuntu 12.10.

But the installation procedure stops indefinitely immediately after setting the internet connection: 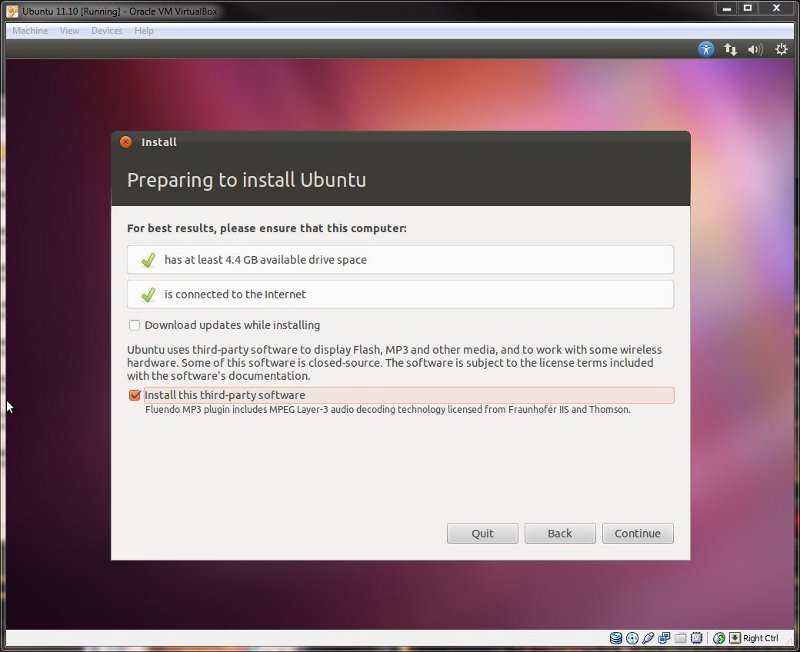 after "Continue" it would just lag. Renouncing to use an internet connection has the same results.

This computer does not support USB-boot so I have to use the live cd. Gparted shows the following configuration: 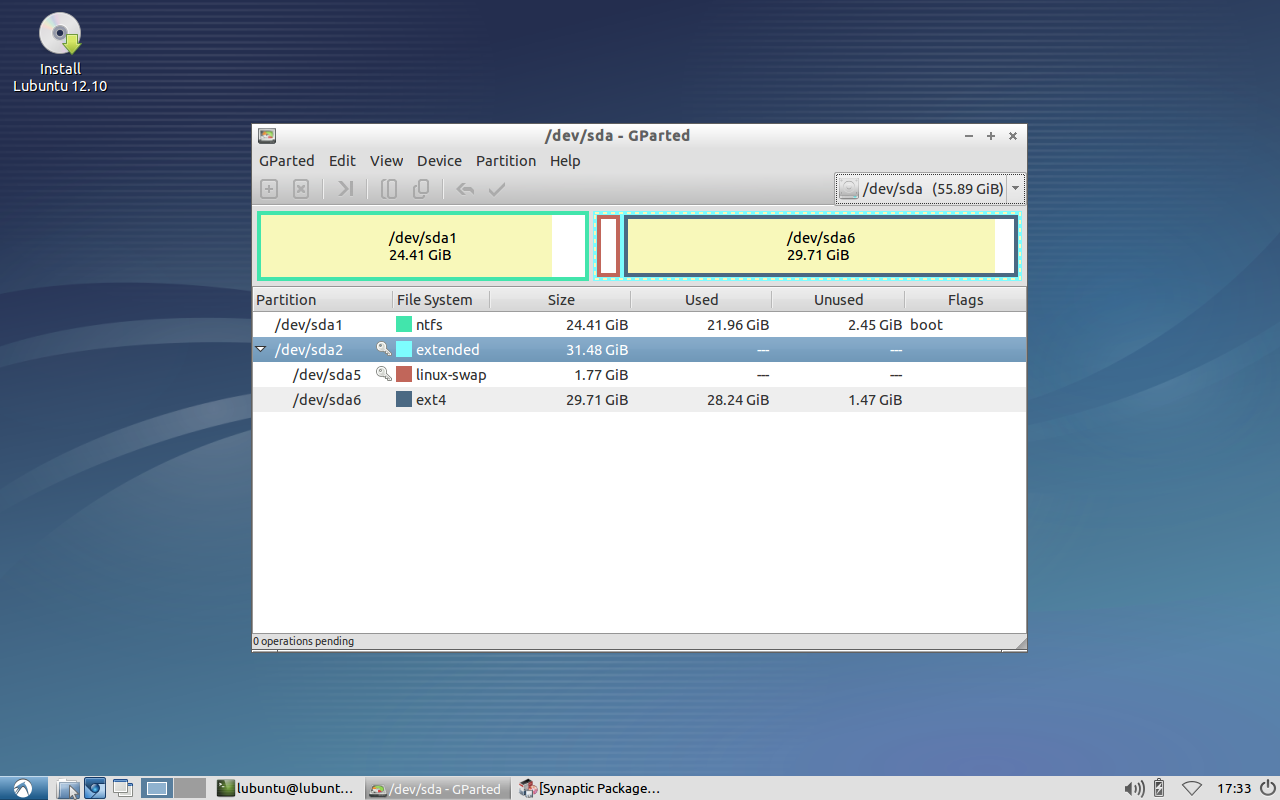 Is this the cause why the installation stops?

(My idea is to use a live GParted cd to format and repartition the space according to the answer above – create two primary partitions and select mount point as / and /home.)

Edit/Update: In gparted live environment was able to delete one by one the swap and the ext4 partition and afterwards the extended partition. But the same problem happened, even after trying a different cd with a different iso, Lubuntu 12.04: until in this case I have renounced connecting to the internet – see my answer