I want to configure CapsLock to switch always to the English keyboard layout (input source), while Shift+CapsLock switches always to Russian [18.04]

I've been using the setup described in the title successfully on Linux Mint 15, based on Cinnamon and Ubuntu 16.04.

I just went to keyboard configuration and set up combinations for each keyboard layout (input source).

I've migrated to Ubuntu 18.04 Desktop via a clean install and discovered that I can't do the same. I was gonna use this solution, but in 18.04 the CapsLock key can't be used as a hotkey: 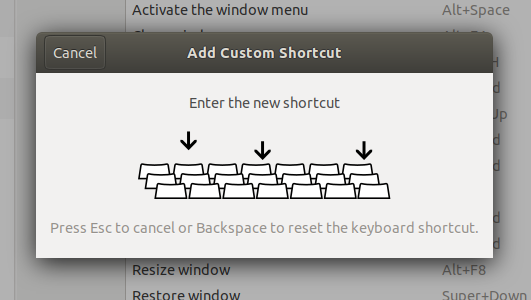 In this dialog, the CapsLock key either does nothing or reveals the Cancel button. The Save button becomes visible only when I press a combination of a modifier and a character key.

PS: Note that gnome-tweaks is irrelevant here because it has no per-language configuration options.