So, I had a few issues installing a fresh Ubuntu 20.04 with respect to the GPU driver. I was having issues with screen size, that were eventually fixed. Now, with a recent update, I have an initial start up and log on screen that is abnormally large. Once I am in the GUI I am faced with a screen with appropriately set sizes (as set in settings), except for text (as seen in the top ribbon in the image below): 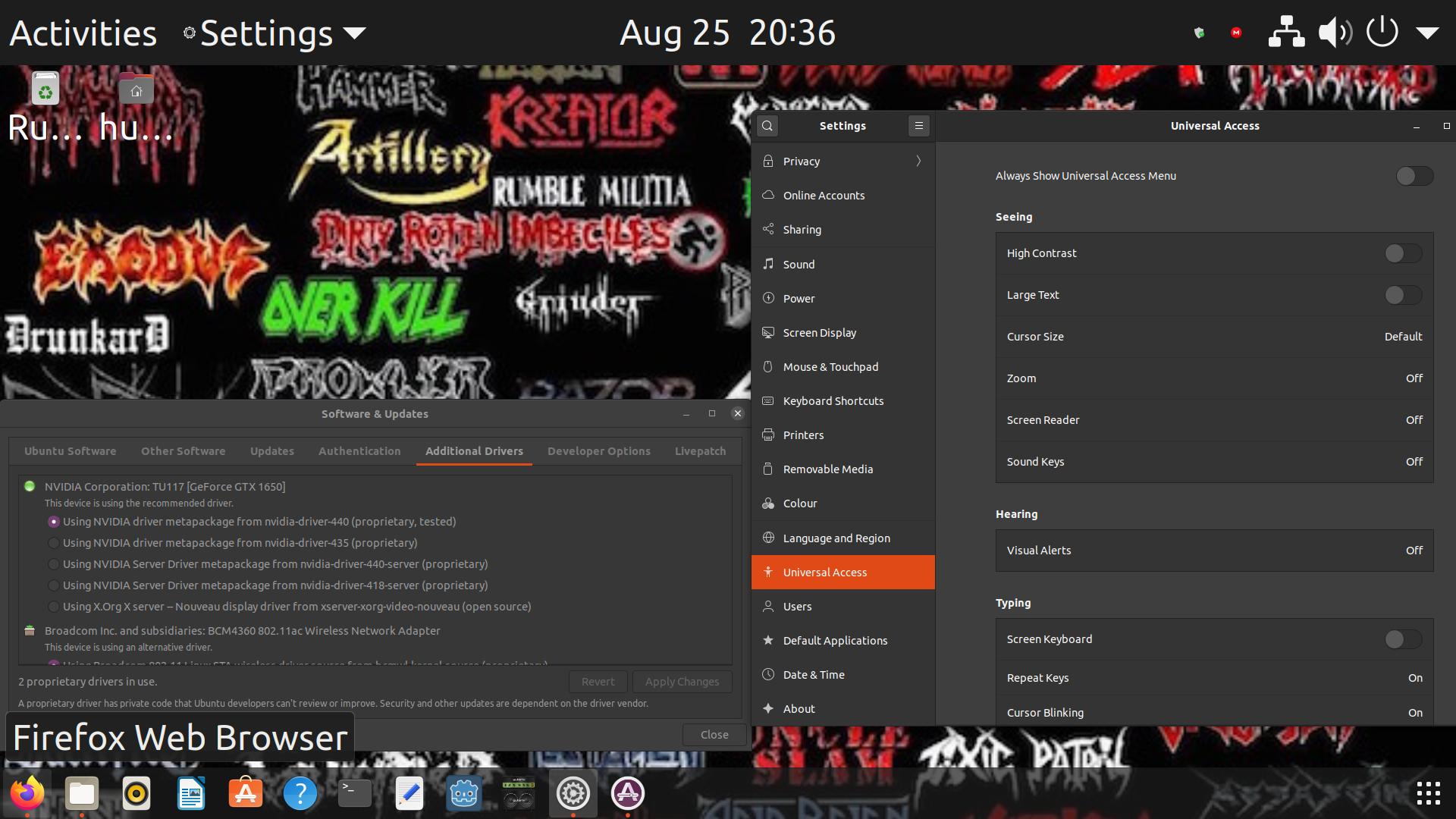 The large text option in the universal access is not turned on and, strangely, when it is turned on the text resizes back to normal. This isn't a massive problem, as this fixes the issue, but it is a hassle as it has to be done each startup. I suspect it is a driver issue but I don't know where to start. I am new to these forums so, please be kind and let me know what information you need to answer the question. It will be provided promptly.

I did just want to add that it seems the update has affected the mouse as well. Transitions between windows seems to occasionally disable the mouse click momentarily. This is an issue in dragging and dropping, which will occasionally cut out or display unpredictable behaviour. I am fairly certain this isn't an issue with my mouse and the issue emerged just as this update occurred.