I love unity but I hate it when Alt+F2 brings up the dash. Is it possible to just remap Alt+F2 so that the thing looks like exactly the old Alt+F2 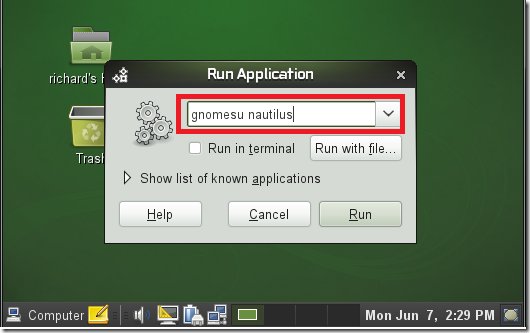 I know what I want is like going back in time but I really loved that fast command runner in old gnome. I can bring up terminal using Ctrl+Alt+T and run anything I want but it sometimes is a overkill to bring up something like that for small things.

And I used to like the fact that older window was fast, had autofill and would disappear after launching the command. Or is there a utilty that looks somewhat like that and can be installed and mapped to some key.

This answer is not exactly to get the classic Alt+F2 Run command windows.

If you dont have these packages installed. Here is the steps: