I have Windows 10 on my computer currently and I'm trying to dual boot it with a Linux OS. Following a guide I found online, I have tried installing Ubuntu 20.04 from a bootable USB stick, but during the install the manager doesn't recognize that Windows 10 is already on my machine, so at one point I get a screen like this: 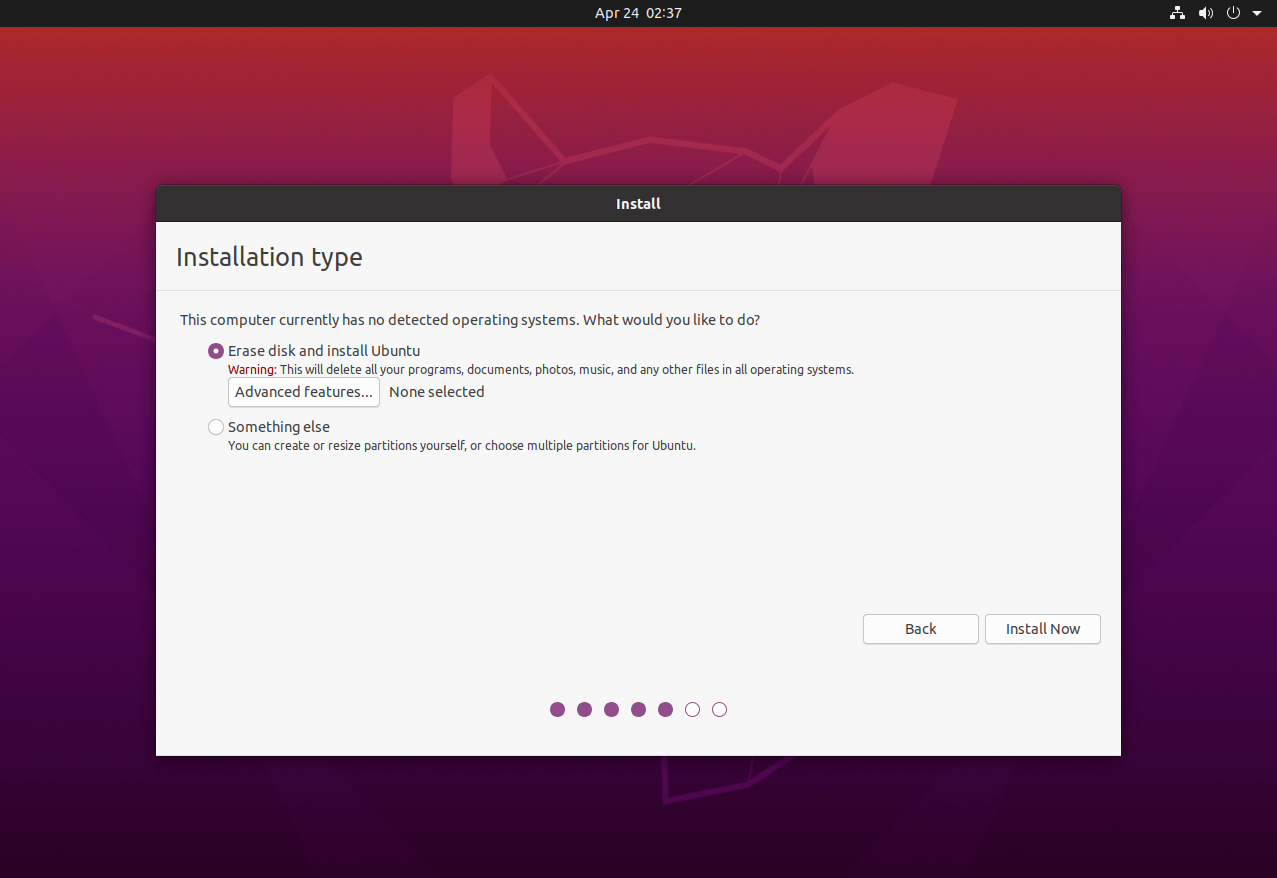 In every example I've seen, there is an option for "Install Ubuntu alongside Windows Boot Manager" (paraphrasing), but the guide actually goes over how to manually partition using the option for "Something Else", so I picked "Something Else" and created the partitions myself. I used the main partition I had made previously to make different partitions for "/" , "/home", and "swap", then hit the "install" button when done. Then, I get an error message saying that "there is no EFI partition on my drive" and I need to make one, like this: 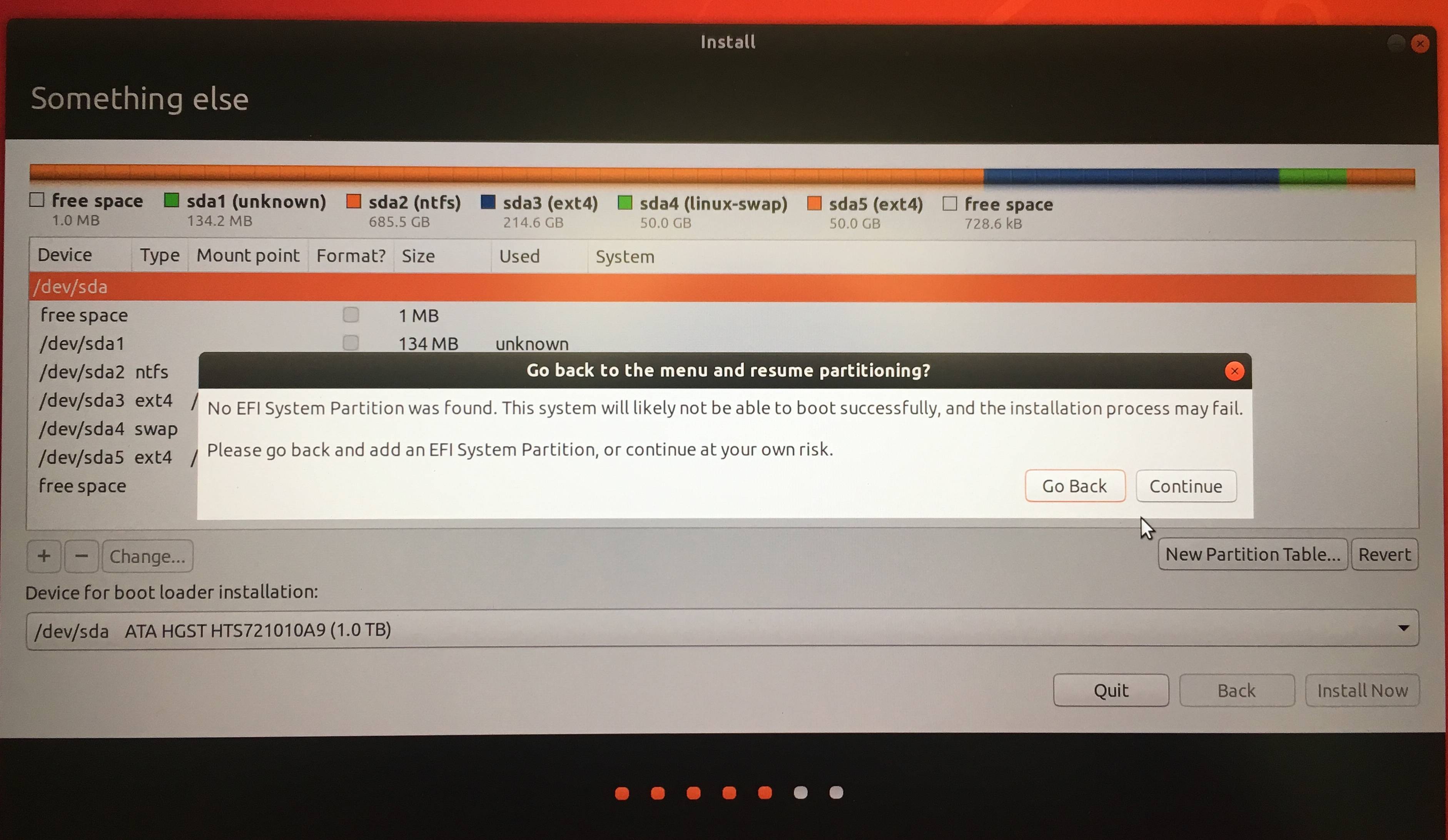 This is odd, because I have looked at a lot of guides on how to partition Ubuntu, but never seen anyone tell you that this file is needed. And while it's actually quite simple to tell the manager to put an EFI file on my drive, the install never actually works. In Ubuntu, the install has failed outright every time. Later on when I tried to install Linux Mint, I actually got it to work with some tinkering, but then I couldn't boot back into Windows.