I have installed Ubuntu for my dad instead of Windows recently and he really wanted an alternative to his favourite file manager Total Commander, so I went with Krusader which I myself have been using for ages.

However in Ubuntu 18.04 there seem to be a functionality called snaps in place which supposedly generates some loop partitions based on squashfs that get listed in Krusader's media list and by doing so are cluttering up that media list and are giving my dad a headache.

I have found out that one should be able to just remove snaps functionality:

Why are all snaps being mounted and listed as block devices or partitions for Ubuntu 18.04?

How can I disable snaps in gnome-software centre?

How do I hide the loop partitions in Nautilus created by Snap app?

but to be honest I am a little afraid that I can delete something that will cause the system to be buggy. I would rather have an option in Krusader not to show any squashfs partitions. They are not being displayed in Disks or Nautilus and it would be great if I could set it up like that in Krusader too. I did look in preferences but cannot find anything relating to it.

So, is there a way to hide them in Krusader?

EDIT: here is the picture. It would not let me take a screenshot when the list is opened for some reason so I took a pic with my phone :/ 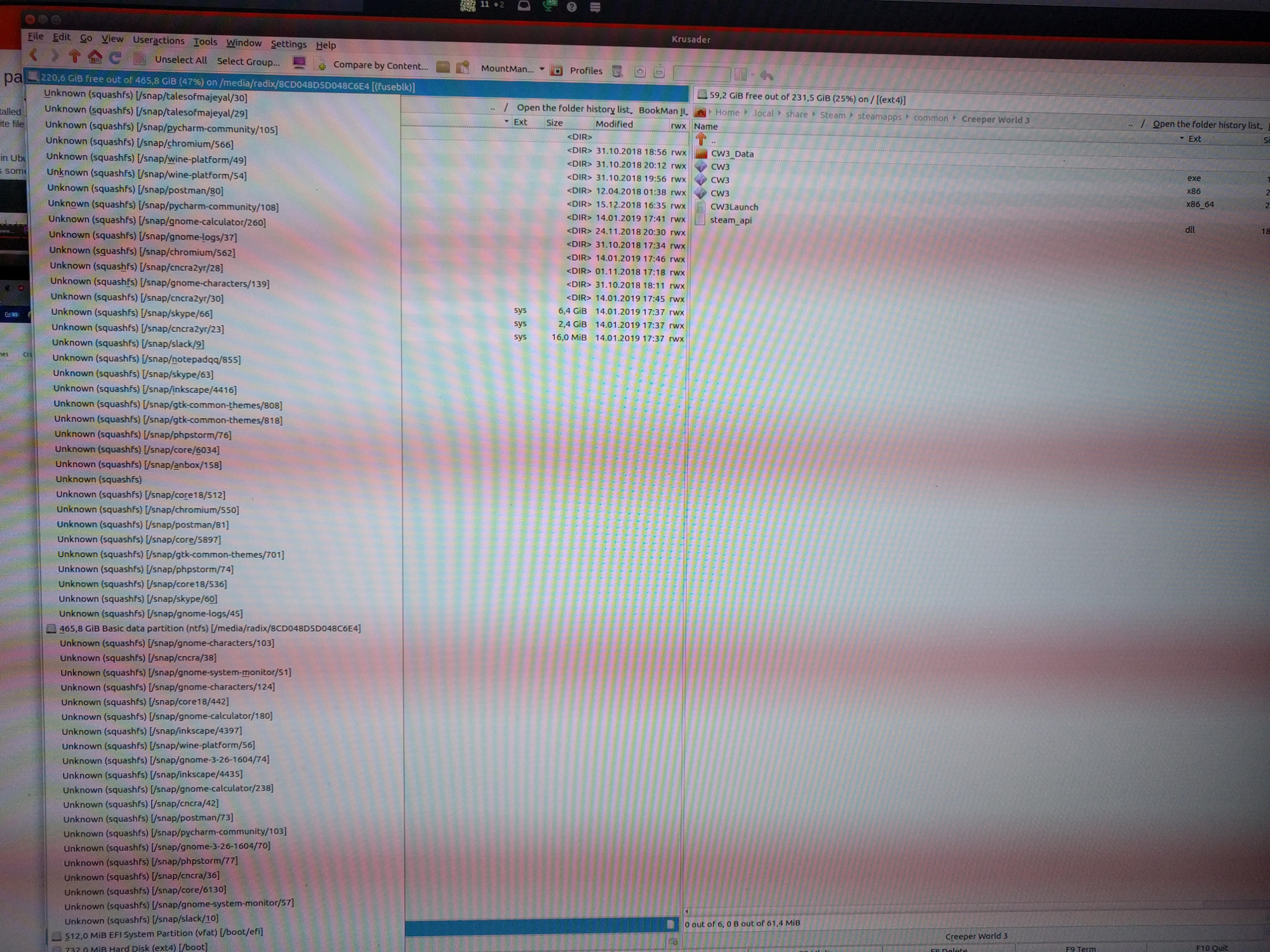 So, is there a way to hide them in Krusader?

A developer named Soul Trace / S-trace has written the main part of the source code that allows hiding those unwanted entries :-)

If you can follow the steps of https://invent.kde.org/utilities/krusader/-/blob/master/INSTALL then you can build the git version of Krusader and get its latest features now (and even tell Krusader developers about what you find).