Launch the Disks Utility (If you don't have it already, you can install Disks via the Software Center or open a terminal and issue the command sudo apt-get install gnome-disk-utility. 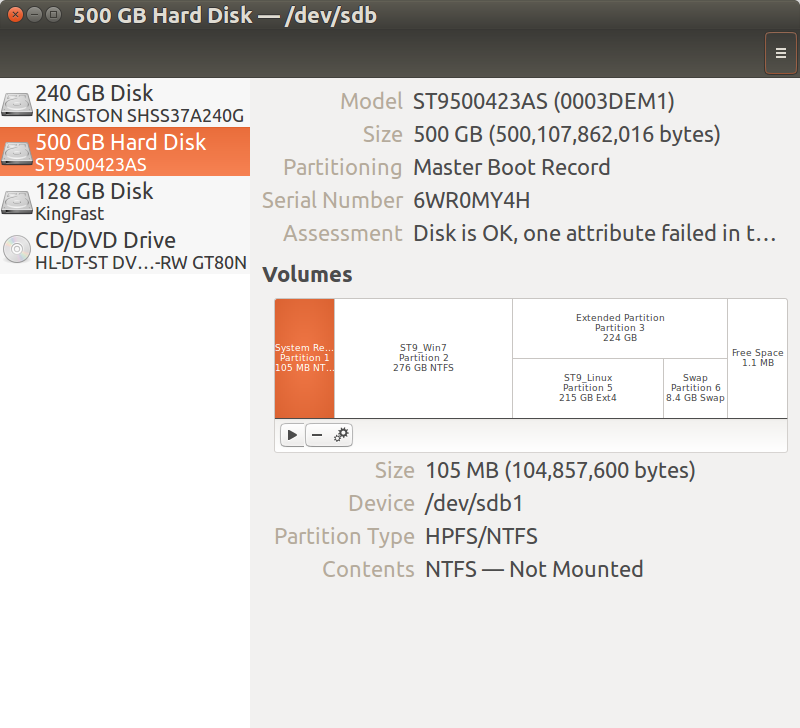 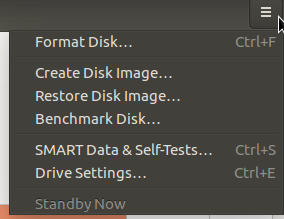 Note that sometime between 18.10 and 20.04 the menu option has moved from the "hamburger menu" to the 3 vertical dots menu as shown below. 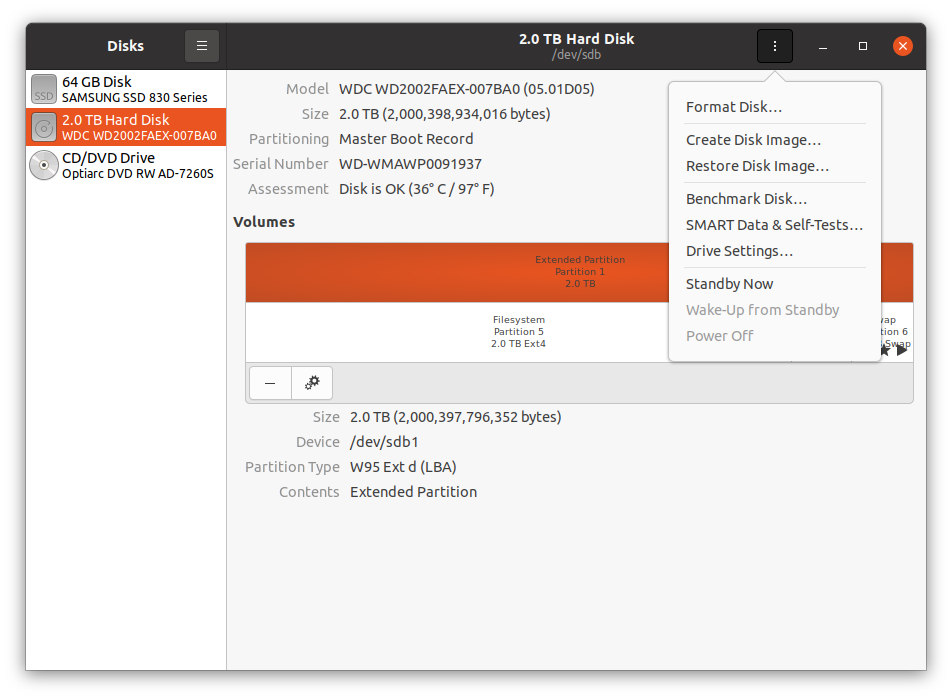 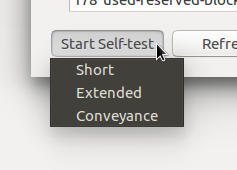 The most important attribute in terms of failure rates is likely the 196 - Reallocated Sector Count, but considering Google research paper: _"...failure prediction models based on SMART parameters alone are likely to be severely limited in their prediction accuracy, given that a large fraction of our failed drives have shown no SMART error signals whatsoever." However, the majority of the drives (over 60%) in the study that failed did exhibit a smart failure, so as imperfect as it may be, it's still valid indicator.

Note that while the vast majority of recent drives support SMART not all drives do and implementations can vary. For more details on SMART see https://en.wikipedia.org/wiki/S.M.A.R.T.