This is an attempt to create a canonical question that covers all
instances of "low-graphics mode" error that occurs to a user,
including but not limited to installation of wrong drivers,
incorrect or invalid lightdm greeters, low disk space, incorrect
installation of graphics card like ATI and Nvidia, incorrect
configuration of xorg.conf file while setting up multiple monitors
among others.

If you are experiencing the "low-graphics mode" error when trying to
login but none of the following answers work for you, please do ask a
new question and then update the answers of this canonical question as
and when your new question gets answered.

When I try to boot into my computer, I am getting this error:

The system is running in low-graphics mode

Your screen, graphics cards, and input device settings could not be
detected correctly. You will need to configure these yourself. 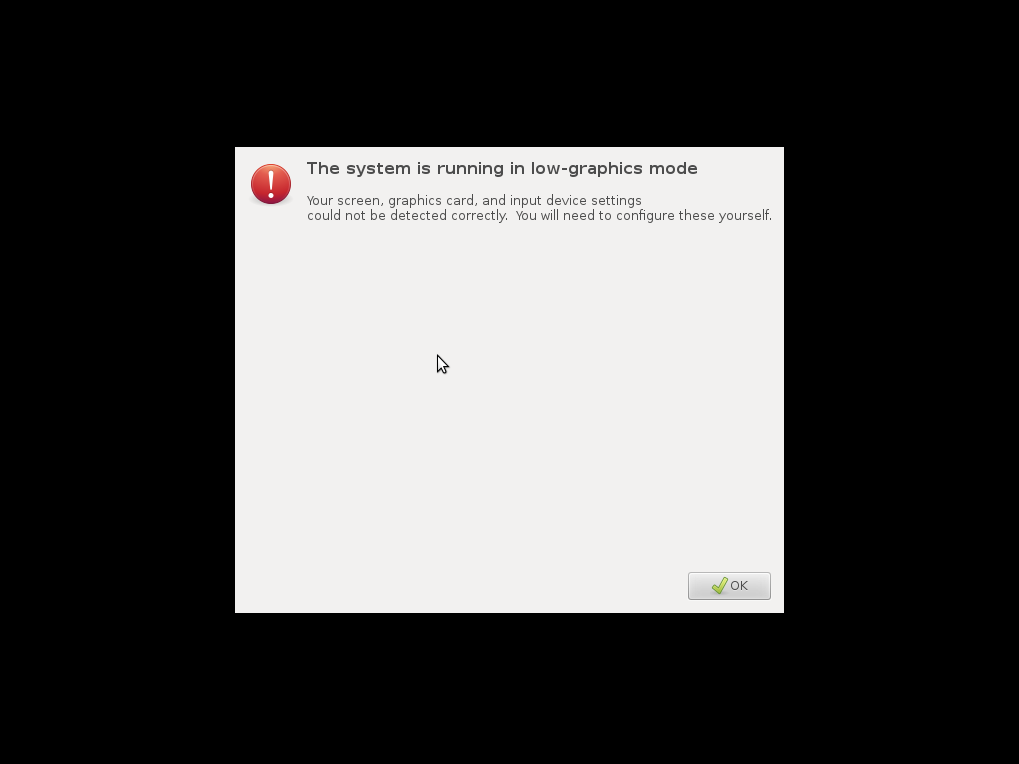 How do I fix the failsafe X mode and login into my computer?