I managed to install Ubuntu with no problems on one SSD drive, but I am having following troubles with RAID setup. Here is the details: 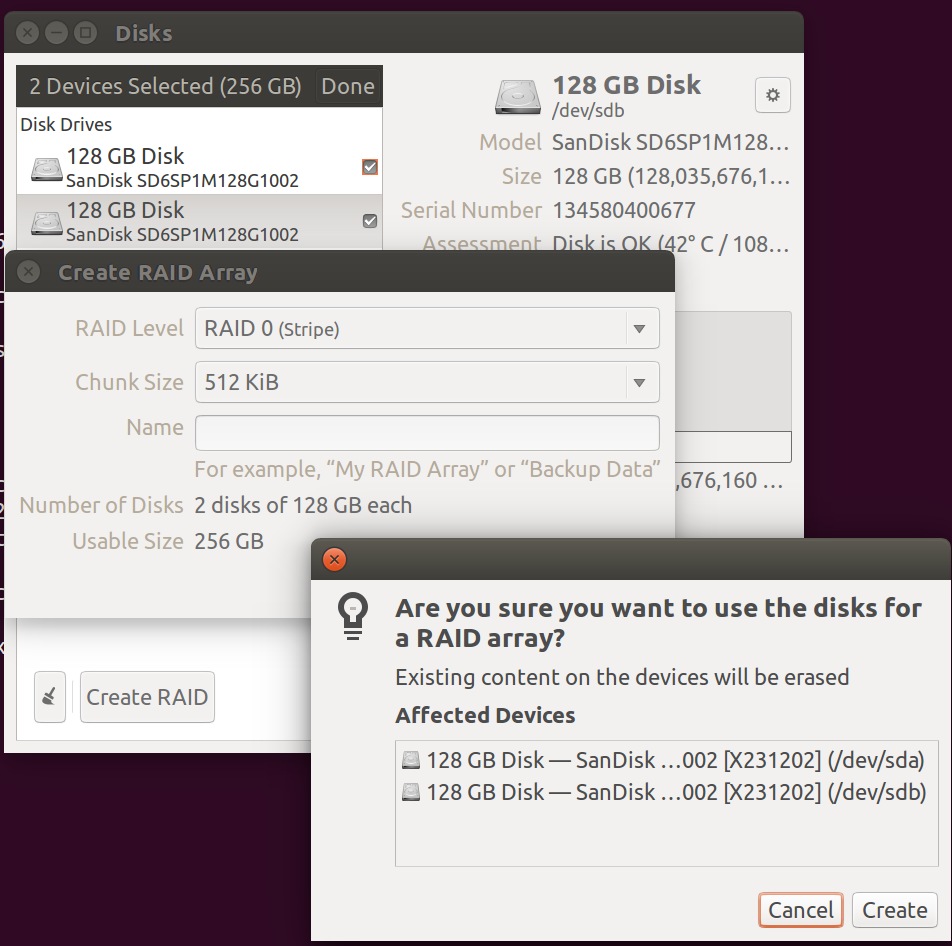 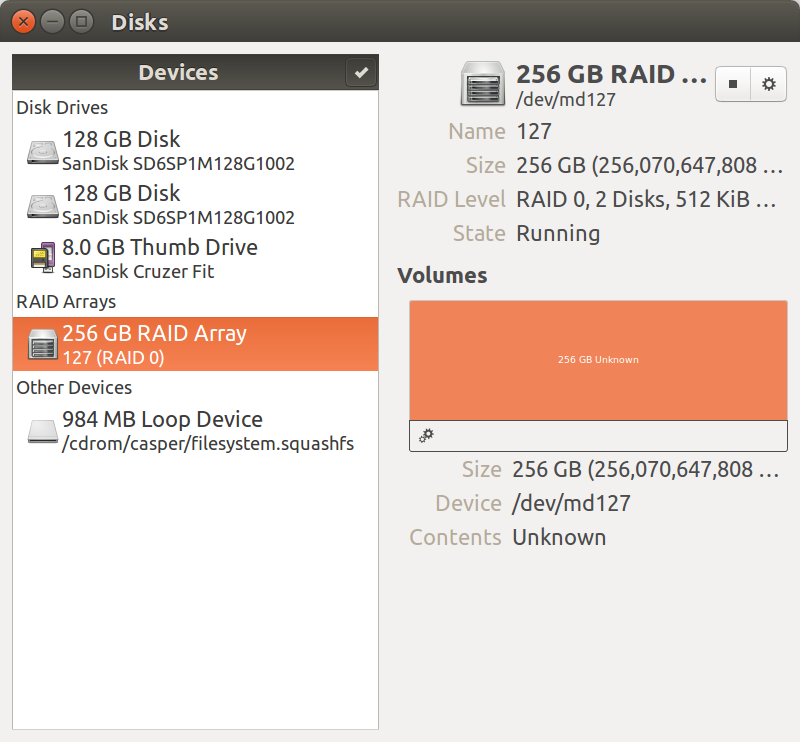 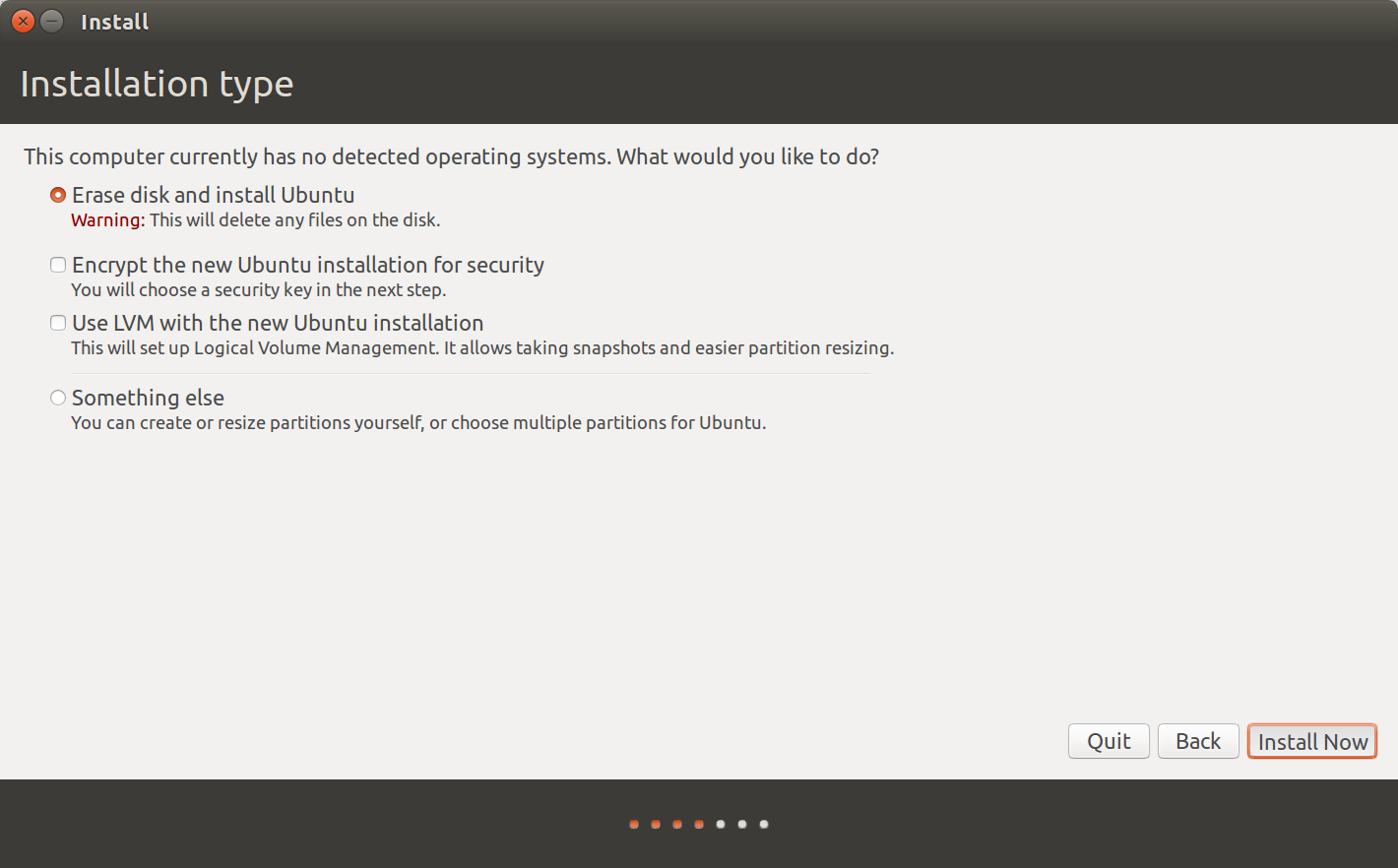 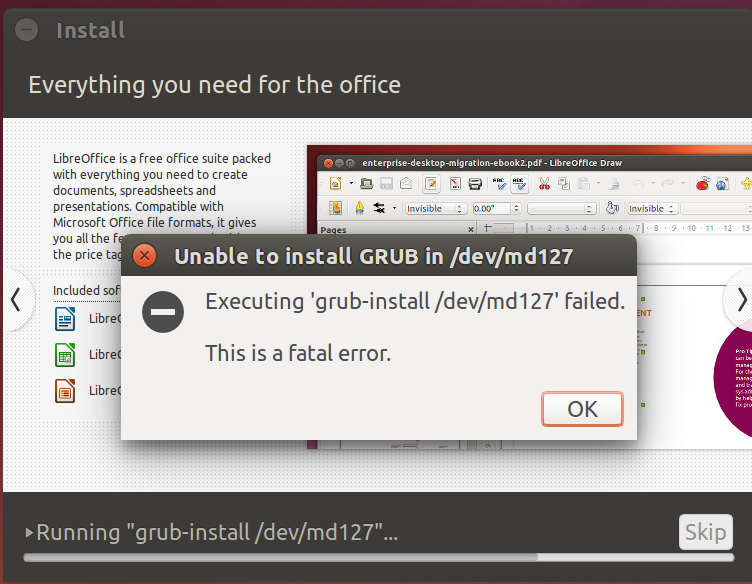 I also tried to install grub manually after installer failed: 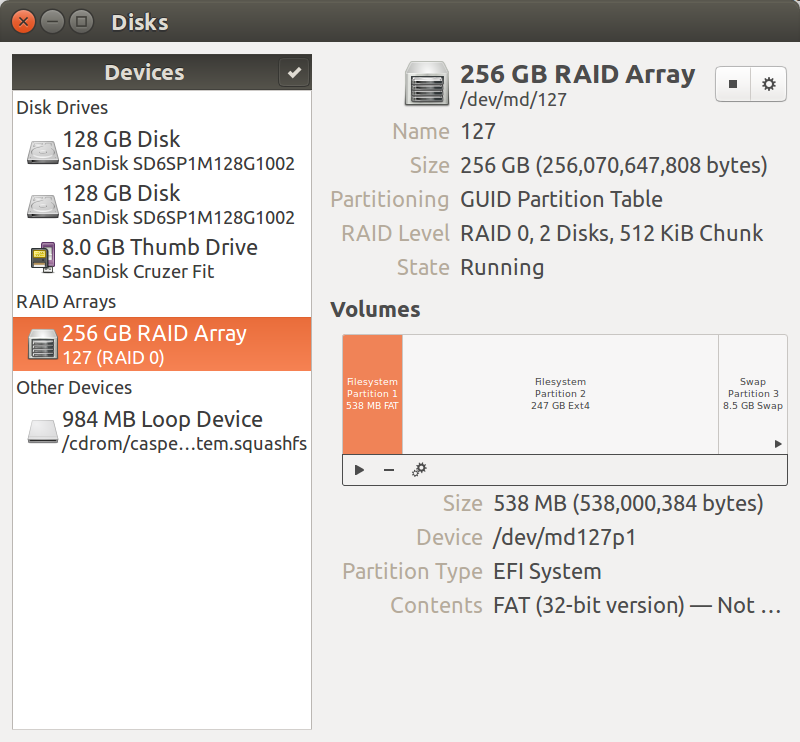 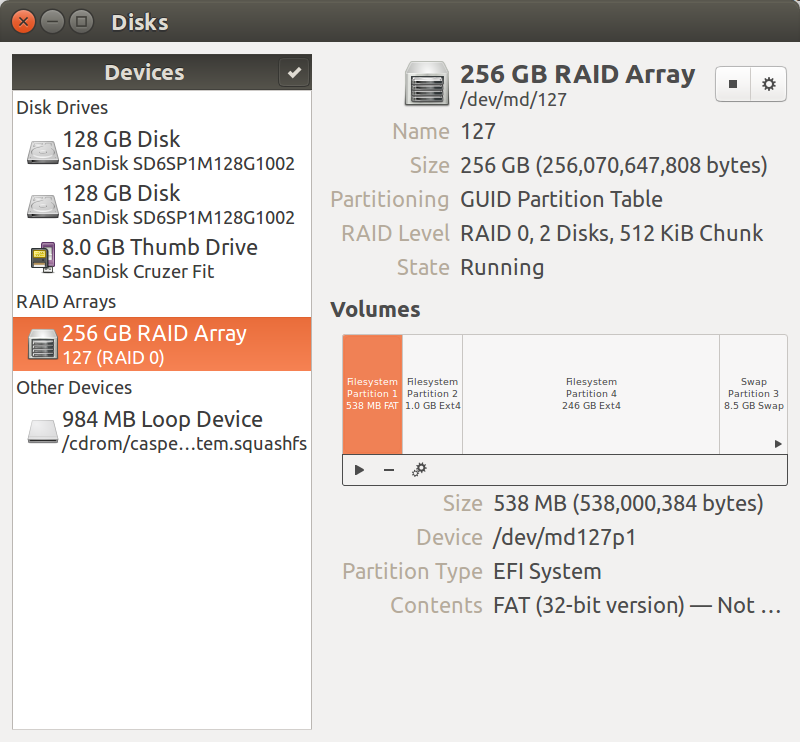 I tried with alternate install image, following this video https://www.youtube.com/watch?v=-x2rZe2Z9as, but, after reboot there are no boot options, BIOS opens without any boot option. I had a boot partition on /dev/sda, GRUB was installed on it, but was unable to boot for some reason.