My computer is running on Windows 10 and I want to dual boot it with Ubuntu 18.04.

I have freed up 25GB unallocated space from F: drive (which was 180GB). I have MBR partitions and not GPT. Previously my disc was dynamic then I learnt that Ubuntu needs basic disk to be installed. Hence it showed: 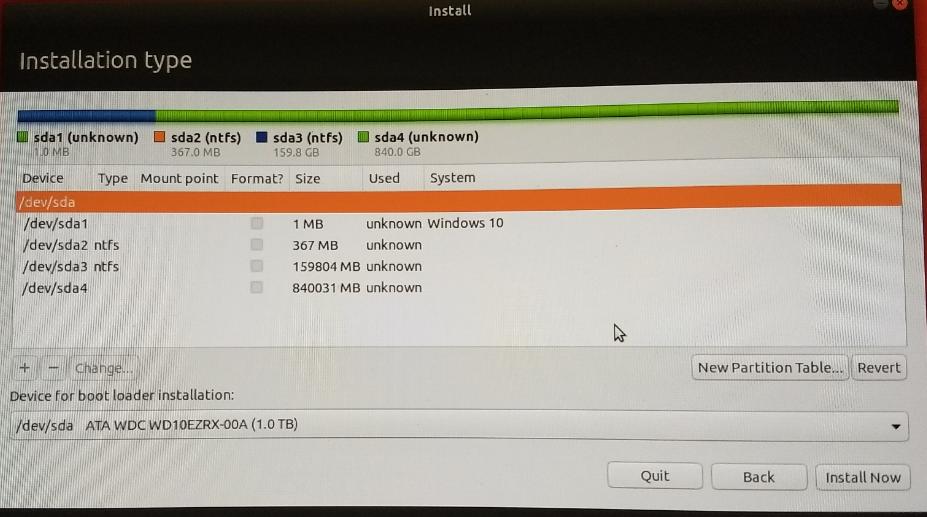 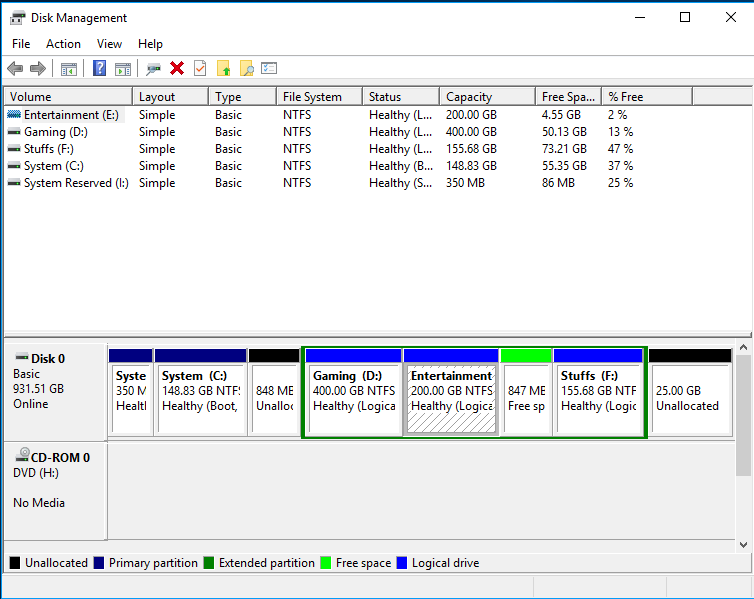 but now I see this green box line that says these 4 partition are now "Extended Partition".

I went ahead to install Ubuntu, but all I see in the installer is: 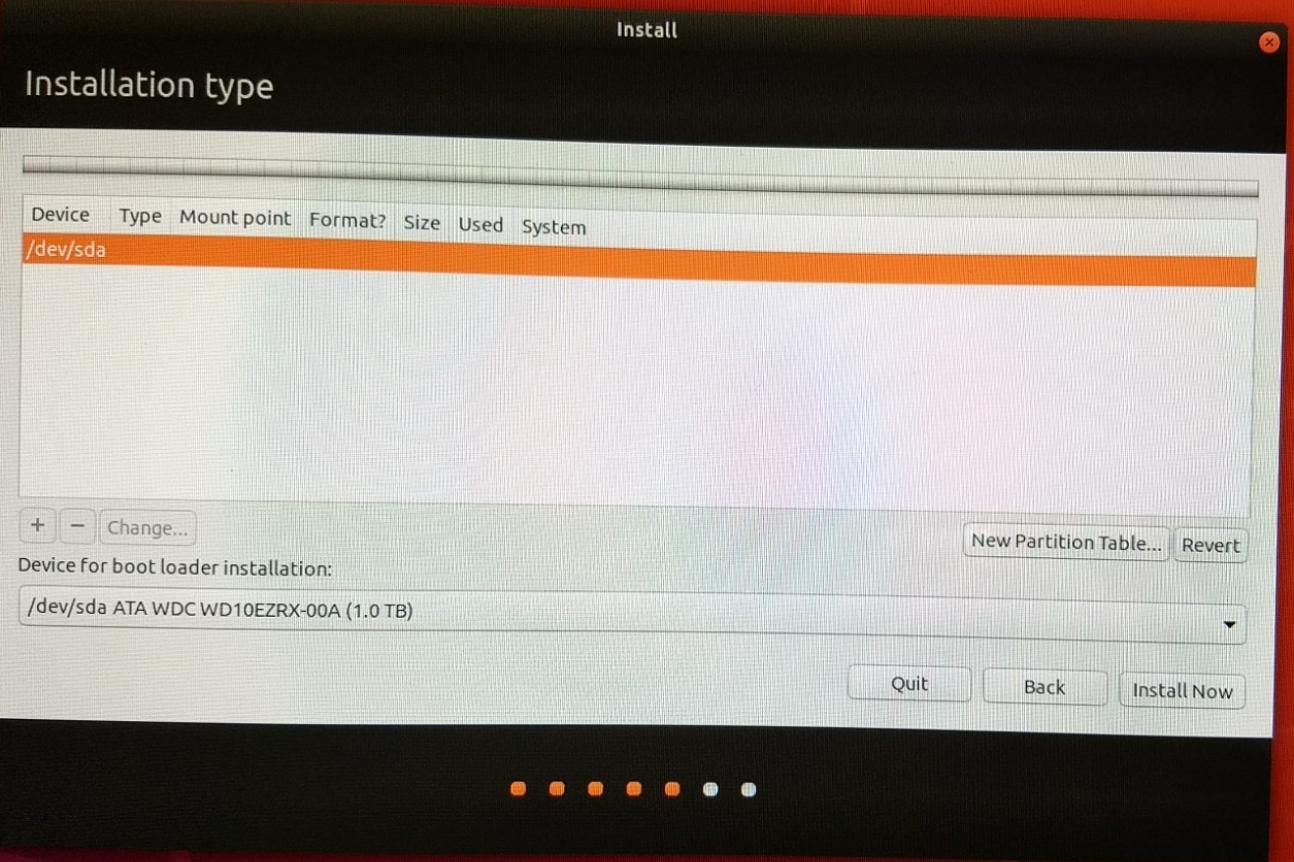 From the Ubuntu installer, I have run some commands from the terminal, those are:

Also I have run GParted and it shows: 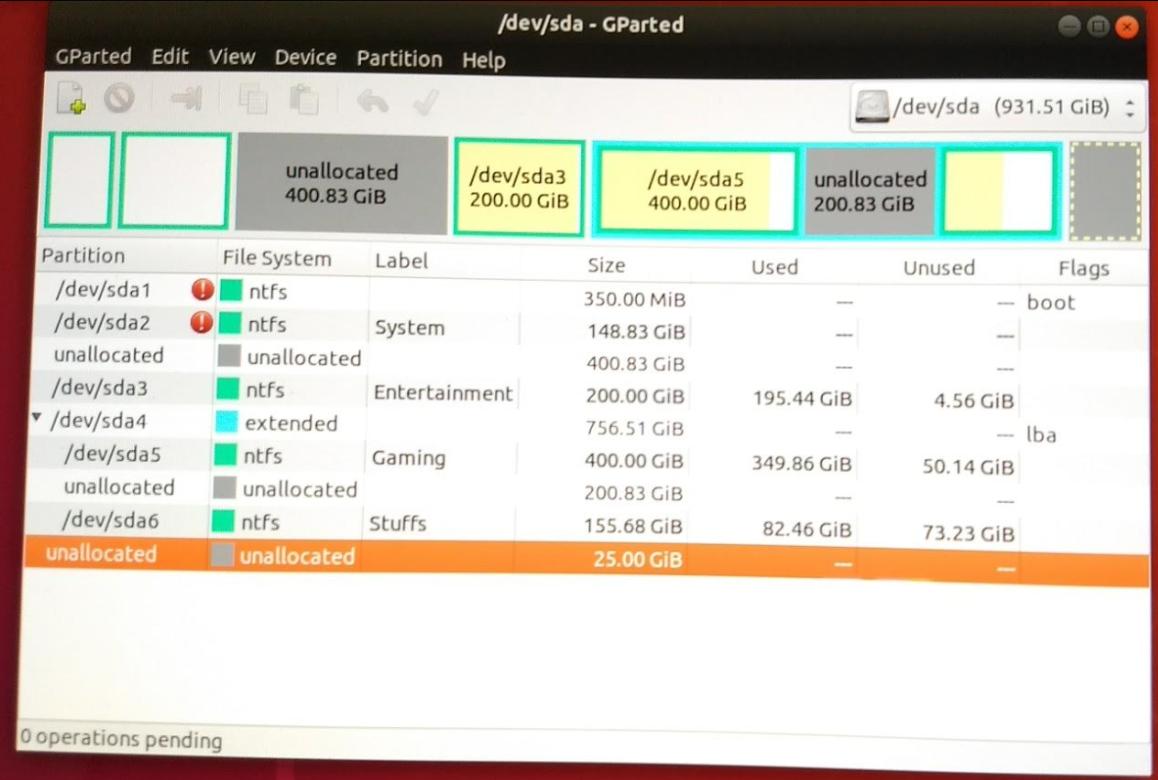 Please help me regarding this so that I can install Ubuntu in the free space which I had allocated for it, I am stuck in it for a long time.

Edit: After executing the commands given by David Foerster, I decided to run the Ubuntu installer again and the option "Install alongside Windows 10" was also available, but I chose to install Ubuntu in the free space which I created for it by going to the "Something Else" option. 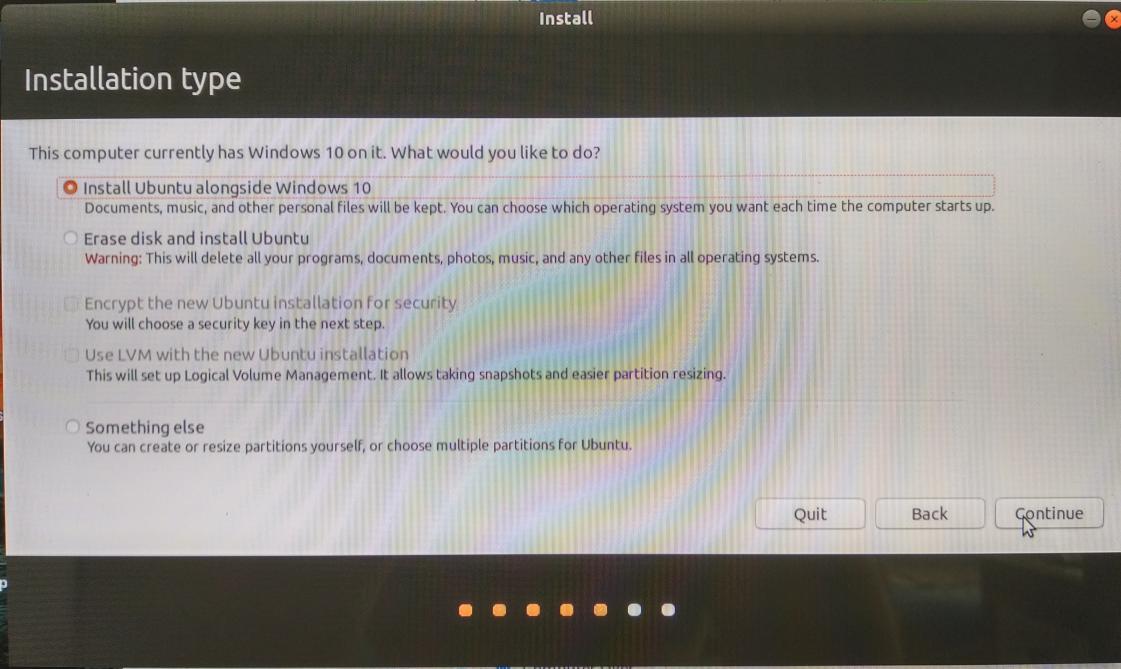 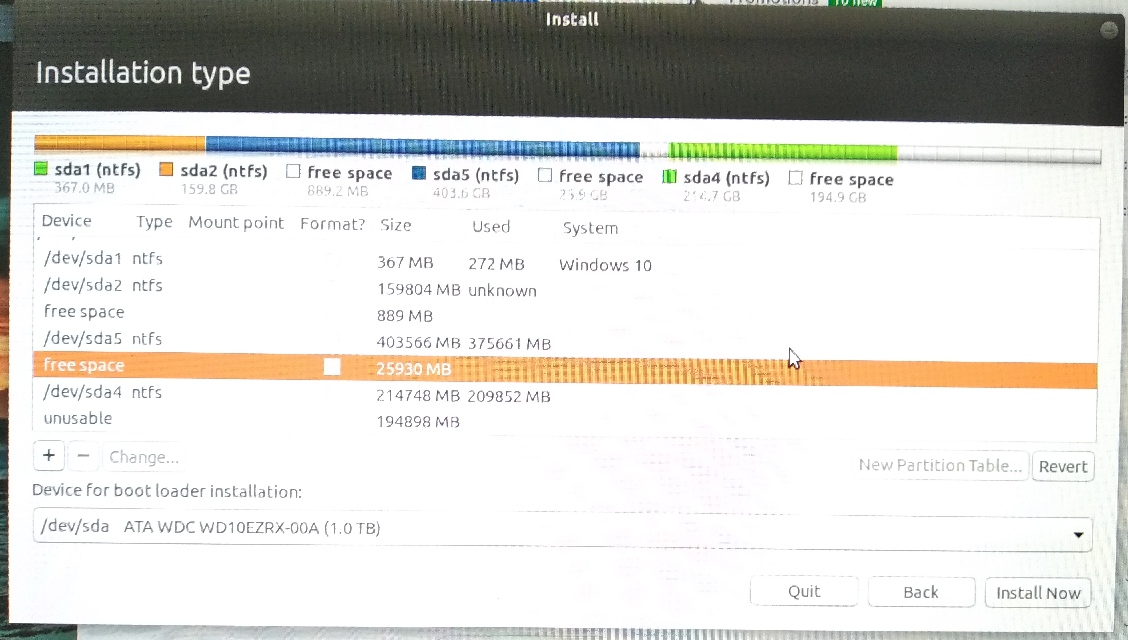 You can use fixparts to fix this issue (according to its manual page):