I have 64GB installed but htop shows 20GB in use: 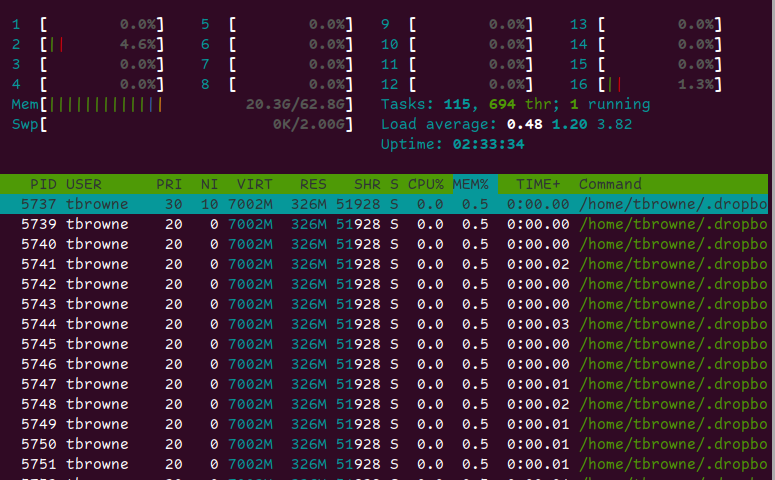 Now it's true that I have installed ZFS (total 1.5 GB of SSD drives, in 3 pools, one of which is compressed), and I've been moving some pretty big files around so I could understand if there was some cache allocation. The htop Mem bar is mostly green which means "memory in use" as opposed to buffer (blue) or cache (orange) so it's quite concerning.

Is this ZFS using up a lot of RAM, and if so, will it release some if other applications need it?

Here is the output of smem:

So it's "kernel dynamic memory" that's the culprit. Why so much?

EDIT 2 –> seems to be linked to huge file creation

I rebooted and RAM usage was circa 5GB. Even running a bunch of tags in firefox, running a few VMs, taking RAM up to 20GB, then closing all the applications it dropped back to 5GB. Then I created a big file in Python (1.8G of random number CSV), then concatenated that to itself 40x to produce a 72GB file:

Now after it's all done, and nothing running on the machine, I have 34G in use by the kernel! 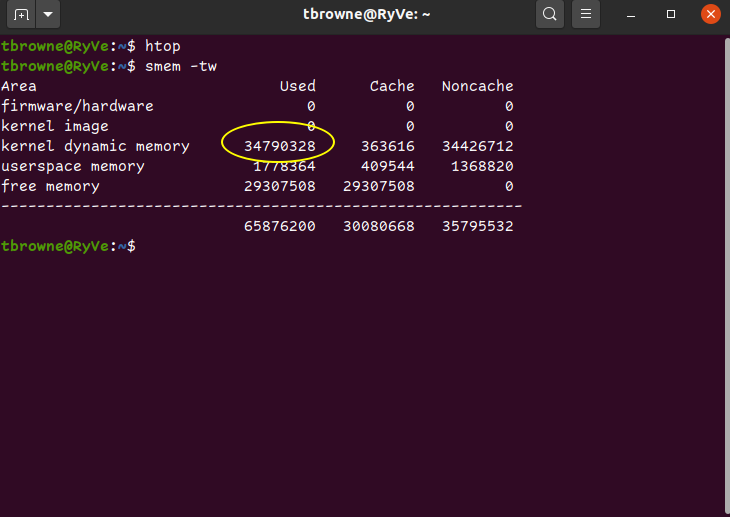 FINAL EDIT (to test the answer)

This python 3 script (you need to pip3 install numpy) will allocate about 1GB at a time until it fails. And as per the answer below, as soon as you run it, kernel memory gets freed so I was able to allocate 64 GB before it got killed (I have very little swap). In other words it confirms that ZFS will release memory when it's needed.

ZFS will cache data and metadata so given a lot of free memory this will be used by ZFS. When memory pressure starts to occur (for example, loading programs that require lots of pages) the cached data will be evicted. If you have lots of free memory it will be used as cache until it is required.