First of all, my desktop environment is unity. I am using it with 14.04 OS(with all recent updates). I recently installed infinity conky. I installed and followed all the instructions correctly in the readme file provided with the conky. But my conky appears distorted, like this(the background image is my own wallpaper): 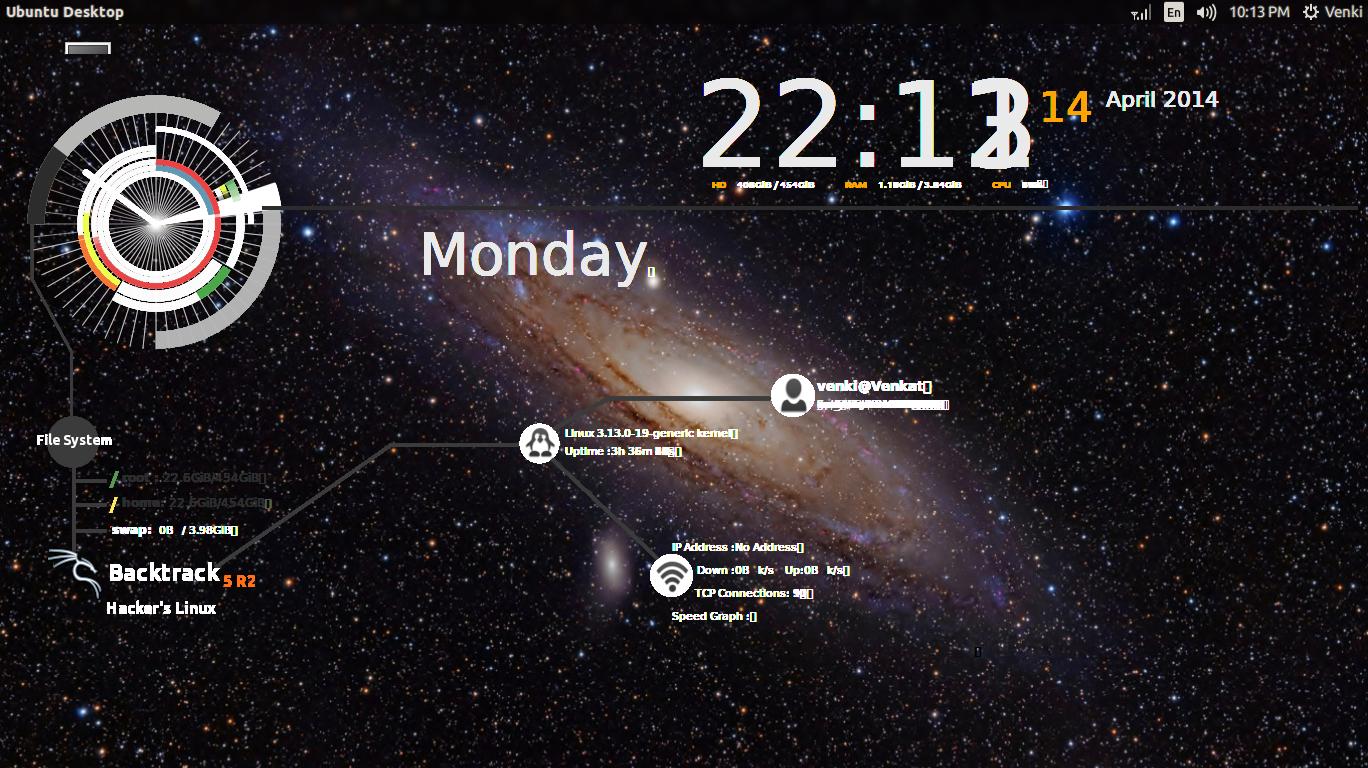 As you would have seen there are boxes after the fonts. The fonts seem to overlap from the last status rather than replacing it(for example you can see the time). Also if you look above the analog clock you will see a half visible icon. This means I also have a transparency issue. Also when i run the conky in the terminal I see output as "Unknown varaiable". That output keeps on printing as you can see below: 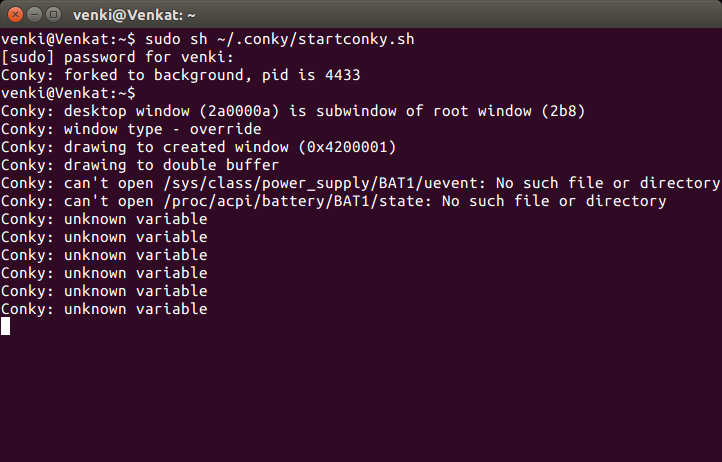 I attempted configuring the conky with help from the chat room yesterday. This is what I tried:

Both did not work. Here is .conkyrc file (it is without any edits).

PS: I tried downloading conky manager from here But it is not available for 14.04. Note that I have conky, conkyall, curl installed. Also is this just a problem with unity itself? Don't unity and conky don't go well with each other? Or is it because I am using a developer version OS that I am being confronted with this problem?

Update :- I noticed something recently. The conky doesn't appear distorted when I start it from terminal. But the moment I minimize or close the terminal, or move to another workspace the conky gets distorted as mentioned above. I thought it was running from the terminal that caused the problem and so added the script to startup applications and rebooted. Now the conky appeared without distortion but only until I opened a new window or moved to another workspace. Thus the problem seems to me to be due to unity. But is it really? If it is so, it is because of which particular aspect of unity and which file should I add when I submit a bug report about this?